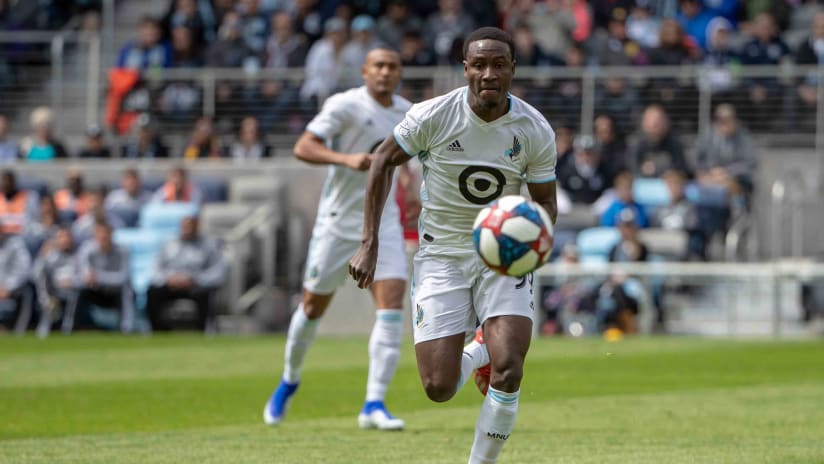 Ah, Nashville. It’s the home of country music, delicious hot chicken, and 93% of the bachelorette parties that take place east of the Mississippi River in any given year. And of course, this year it’s also home to some Western Conference MLS action, because nobody at the league office in New York owns a map!

I kid, I kid. I’m definitely not just bitter that Chicago, the geographically nearest city to St. Paul and also a city with a history of sports rivalries with the Twin Cities, stayed in the Eastern Conference while Nashville moved to the West this year. After all, I understand that Chicago needs to keep its annual rivalries with other Eastern teams such as… I don’t know, Columbus? Is there some Columbus-Chicago beef I don’t know about?

Anyway, what’s done is done. Nashville is in the West, instead of in the East with teams it’s actually near, like Charlotte and Atlanta and Cincinnati. Even though – and I feel like I just can’t stress this fact enough – Nashville is east of Chicago.

Maybe I’m just bitter for a much simpler reason: Nashville SC is good.

Nashville To The Moon

This is not really how it’s supposed to go, for expansion teams. Okay, I’ll give you Atlanta United and LAFC, but those were huge-spending teams that, from day one, were aiming right for the top. Nashville came in and decided that they weren’t going to spend a ton of money or dazzle the league with their foreign recruitment. Instead, they spent a lot on getting Walker Zimmerman from LAFC, then spent a surprisingly small amount on prying Dax McCarty out of Chicago, and then they just sat down and refused to play games that had goals in them.

On the heels of both FC Cincinnati and (sigh) Minnesota United giving up absolute boatloads of goals in expansion seasons, this was an utter revelation.  Nashville had the league’s second-stingiest defense in 2020, then tied for the stingiest in 2021, and – not surprisingly – made the playoffs in both years.

More importantly in 2021, Nashville also found guys to score goals, in Hany Mukhtar and CJ Sapong, and the team that was hard to beat became extremely hard to beat. Only four teams managed a win against the Coyotes (that nickname still doesn’t feel right) last year, and Nashville pulled out an astonishing 18 draws in 34 matches, a commitment to night-ruining that is unmatched throughout the league.

The Loons At Home At Allianz Field

MLS is a home-field-advantage kind of league. It’s just a huge country, with teams that aren’t exactly making travel easy and cushy for players, and a whole bunch of midweek games. As recently as 2016, there wasn’t a single team in the league with a winning record on the road or a losing record at home.

Even as those numbers have shifted a little over the past few years – four teams had winning road records last year, and five had losing home records – it still feels a little bit like CONCACAF World Cup qualification, in the sense that any point on the road feels like a good result, and any point dropped at home feels like a bad one.

Since moving into Allianz Field in 2019, Minnesota has used that to great effect. MNUFC has only six home losses in three seasons, and four of those came last year. Maybe more importantly for this match, though, the Loons were still awfully good last year at home against the top teams in the West. Minnesota beat Seattle, Kansas City, and Portland at Allianz Field last year, and wins against three of the top four in the conference are nothing to sneeze at.

What Do The Numbers Say?

Well, it’s been a week. But let’s see what our friends at American Soccer Analysis can tell us.

Saturday’s match will double the number of Minnesota-Nashville meetings. The two teams have only played once, in October 2020, when – stop me if you’ve heard this from Nashville – the game ended in an 0-0 draw. Emanuel Reynoso had just finished his first month in MLS, but even he couldn’t create enough chances for Minnesota to find a goal, though Ethan Finlay went close twice. On the flip side, Nashville had two or three really good chances but couldn’t buy a goal – they only scored 24 that entire season.

The Loons opened 2021 with a draw in Philadelphia, a result that made both teams feel like they could and should have done better, meaning that a tie was probably a fair result.

Nashville, meanwhile, went up to Seattle to take on everybody’s pick to win the 2022 Supporter’s Shield. The Coyotes throttled the game, just absolutely took the stuffing out of it and repeatedly drew the Sounders into bear traps and a camouflaged pit. And when they were done dragging Seattle into the pit of despair, Anibal Godoy went and stole a goal, and the visitors went home 1-0 winners, with Western Conference bragging rights to boot.

You’d be a fool – a fool, says I! – to pick against a Nashville draw. About the only question is whether it’ll be a goalless draw or not. My gut says that there will be goals… but not many.