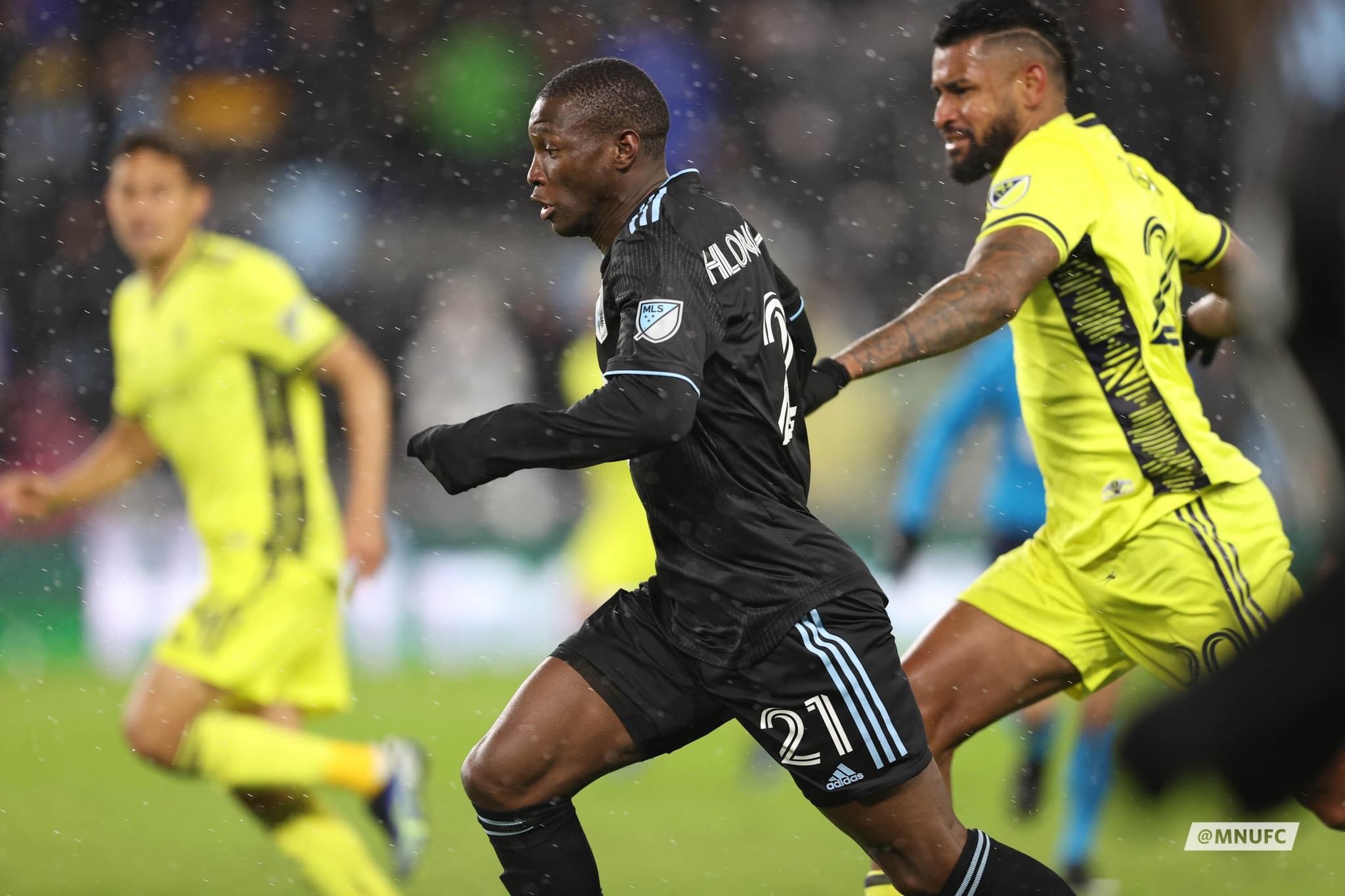 His Instagram profile says “Siniza” and “Bongokuhle,” but when it comes to his teammates, South African forward Bongokuhle Hlongwane makes it easy.

“When I asked him for his name, I wanted to try to pronounce it – but he said ‘Bongi’, so he let me off the hook,” said Hassani Dotson.

When Minnesota United signed Hlongwane in the offseason, virtually no one knew what to expect from the 21-year-old. Twitter searches and YouTube searches turned up a player who was widely expected to sign with one of South Africa’s “big three” clubs, who had scored for his national team in a World Cup qualifier, and who’d scored a few good-looking goals for Maritzburg United, but against what could kindly be called “unconventional” defending.

He arrived only a week before the season began, while Minnesota was playing in Portland, and so perhaps the natural expectation was that he was a player for the future, more so than for the present. Most expected he’d get a handful of starts for the senior team and more for MNUFC2 this season.

Instead, he’s been the first player off the bench for the Loons in both of MNUFC’s first two games.

“I think he’s come on and he’s affected the game, which is what you want from substitutes,” said Adrian Heath, following the draw with Nashville. “Normally when you’re as athletic as him, people are very individual, but this kid has got a bit of both. He can play with people, he’s got a good turn of speed. We’ve been really pleased with what we’ve seen out of him in a very short period of time.”

It’s that speed that really has been his standout skill so far, that and his confidence. He seems to have absolutely no conservatism about him – when he gets the ball, when a teammate has the ball, he’s turning and heading for the goal like the field’s tilted that way.

He’s played less than an hour, but he’s tied for second on the team in shots taken, and tied for first in shots on target.

“You saw today, he can turn and run into really tight spaces,” said Dotson. “He’s a little twinkle-toes. We have a couple jokes about that.”

Starting left winger Franco Fragapane left Saturday’s game at halftime with a tweaked hamstring, and in normal circumstances, Fragapane’s absence causes issues with MNUFC’s lineup. The Argentinian started 19 games for the Loons last year, but before he arrived – or while he was hurt midseason – the Loons were forced to pound various square pegs into that particular round hole.

Dotson started there seven times, even though everyone – Dotson included – acknowledged that it wasn’t a position that played to his strengths. Ethan Finlay started there twice, despite being a natural right-sided player. The Loons even tried playing Emanuel Reynoso there a few times, something that was less than successful – both because Reynoso is not a wide forward, and because Reynoso knows he’s not a wide forward, and spent the game drifting inside anyway.

For all of the forwards that the Loons signed this offseason, they still didn’t have someone who felt like a natural fit on the left, other than Fragapane. Suddenly, though, Hlongwane seems to be the first choice.

“Obviously we don’t know how [Fragapane] is going to be,” said Heath after Saturday’s game. “Is it going to be a week or two weeks? We don’t know. If that’s the case, then Bongi will play and we will see how he is from the start.”

It’s a remarkable ascent for a young player who’s playing in a new country for the first time. We’ve seen plenty of veteran players, established in better leagues than the South African league, struggle to find their feet in Major League Soccer, but so far Hlongwane seems to be settling in just fine.

“It’s not easy coming into a new country and adapting so well,” said Dotson. “I think he’s done really well.  He’s a really really nice kid. Anything you say to him, he’s open to it, and excited about the whole experience, and his answers are always with a smile. I think he’s got really good potential, and I’m happy with what he’s done so far.”

58 minutes and zero goals does not a breakout star make, but Hlongwane’s adaptability may find him even more minutes as the season wears on. Those clips we saw on YouTube showed a player who was also comfortable coming in from the right side, as well – and his speed and willingness to make offensive plays could make him a potential backup as a central striker, too.

We’ve already seen more of “Bongi” than we anticipated, this early in the season. From the sound of it, we may see him in the starting lineup on Sunday in New Jersey, as well. And after that, who knows how far he’ll go?