Conjecture Lecture: What the stats say about Minnesota United’s passing, goalkeepers and more 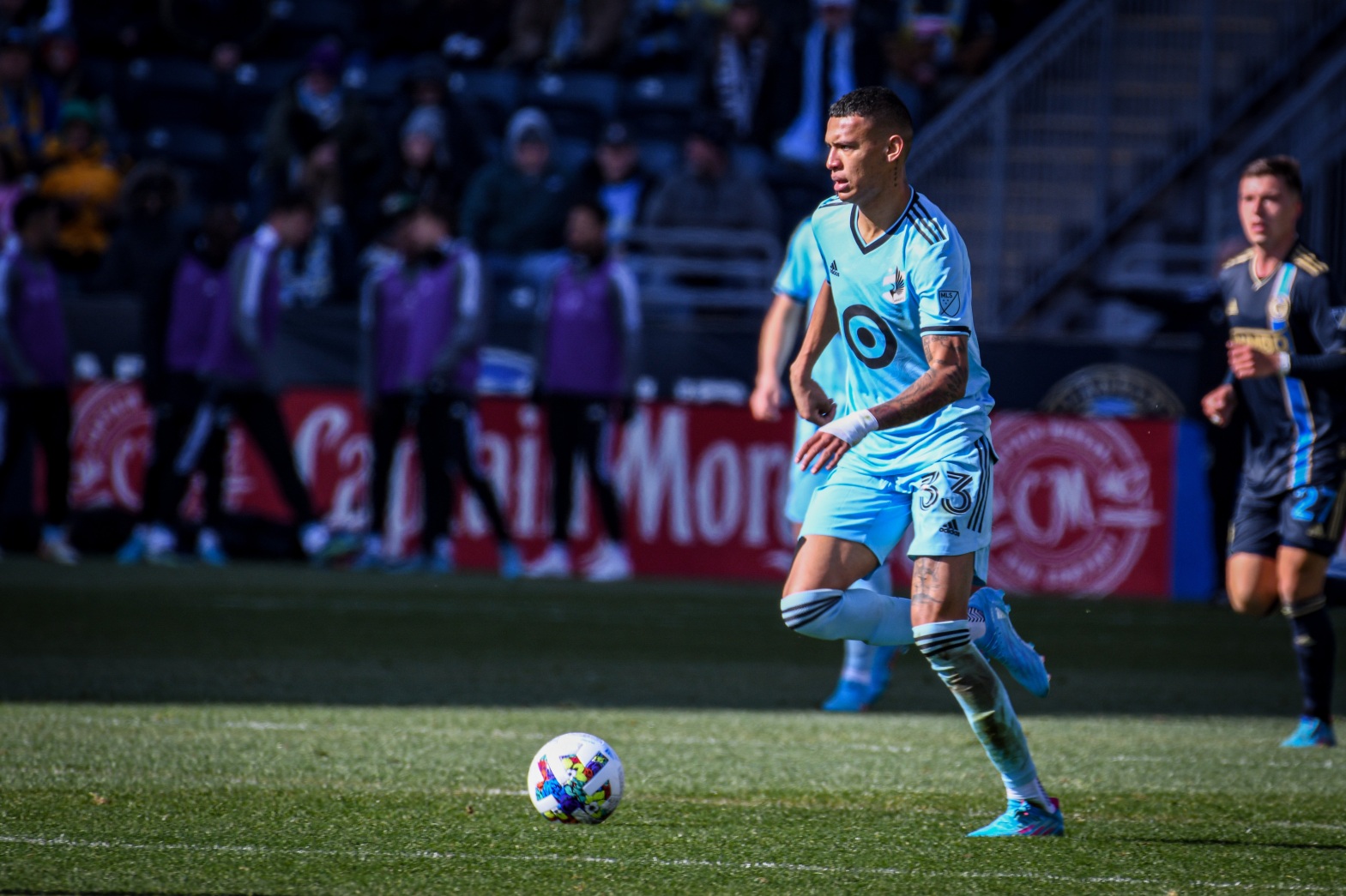 Welcome to the first of what will likely be several stats-adjacent analytical columns about Minnesota United that’ll run here on Sota Soccer over the course of the 2022 season.

Throughout the campaign, but especially at this stage, I’m trying not to write with much certainty about the Loons, instead presenting numbers as food for thought and further watching. Still, I’ve come to some conclusions on what we should be watching based on early quantitative trends.

Welcome to a Conjecture Lecture.

If you follow me on Twitter, you probably saw me raving about Kervin Arriaga’s long-range passing during the Loons’ Sunday win over the New York Red Bulls. I really don’t think it’s a bit.

If we look at players who have attempted at least 10 long-range passes (Football Reference defines that as at least 30 yards), Arriaga is fourth in MLS so far in completion percentage (10 for 11).

Yes, it’s a small sample size. Yes, this could be his ceiling. But I wouldn’t exactly expect a ceiling outcome from a 24-year-old player who’s still very much adjusting to a new league and country.

The lengthy passes he was making on Sunday were not easy ones. See this Twitter thread for evidence:

If this trend holds or even improves, it could impact the expected dynamic of Minnesota’s midfield battle — and Arriaga could be the connecting piece the Loons need between offense and defense.

He’s not the only United player to impress as far as passing is concerned. Centerback Michael Boxall has the 14th best completion percentage among players who’ve attempted at least 100 passes so far this season. And in those long-range passes, Boxall is second among defenders with at least 10 such attempts.

This will be a fun trend to watch going forward. And I’m officially on the Arriaga hype train, which means you all get dragged along, too.

Statistics (at least the publicly available ones, anyway) can make goalkeeper evaluation difficult. Save percentage is useless. xGoals-Goals differential is better, but still not ideal. Computer imaging data is certainly an advance, but that’s not publicly available.

So, if we want to look at where a trend might appear in the Miller-St. Clair battle, we have to look at an area with existing numbers. That area is distribution. (We’re only talking about passing today, I guess.)

(And, to be clear, this isn’t a perfect evaluation because there are other variables that go into distribution, but it’s a start.)

Numbers suggest that Miller is a significantly better passer than St. Clair. Across all pass types and using numbers from both players’ careers, Miller completes about one fewer pass than expected pass models would predict per 100 passes. St. Clair completes about four fewer than American Soccer Analysis’ xPass suggests.

The disparity is more pronounced through the start of the 2022 season (but that’s a very, very, very SMALL SAMPLE SIZE that’s even smaller because they’ve split time). So far, Miller’s beating the model in the form of six more passes per 100, while St. Clair sits worst in the league among keepers at -10.5 versus the expectation per 100.

That model accounts for pass distance, but there does seem to be a disparity between the two goalkeepers in how far they’re regularly trying to pass the ball.

According to Football Reference, St. Clair has “launched” more than 80% of his non-goal kick passes — meaning they’re longer than 40 yards — so far this season. Miller’s launched at about a 40% clip. Of those launched, Miller completes significantly more than St. Clair.

That trend clashes with previous seasons’ outputs, though. In 2021, Miller launched more than St. Clair (52% vs. 42%) but still completed more of those long passes.

And on goal kicks, both keepers launch at a very similar rate (about three-quarters of the time), suggesting an element of gameplanning, perhaps.

These sample sizes are small and only a portion of what each keeper brings to the team, but distribution patterns are something I’ll be watching as the battle plays out.