Dominant Loons Do Enough for 1-0 Win Over San Jose 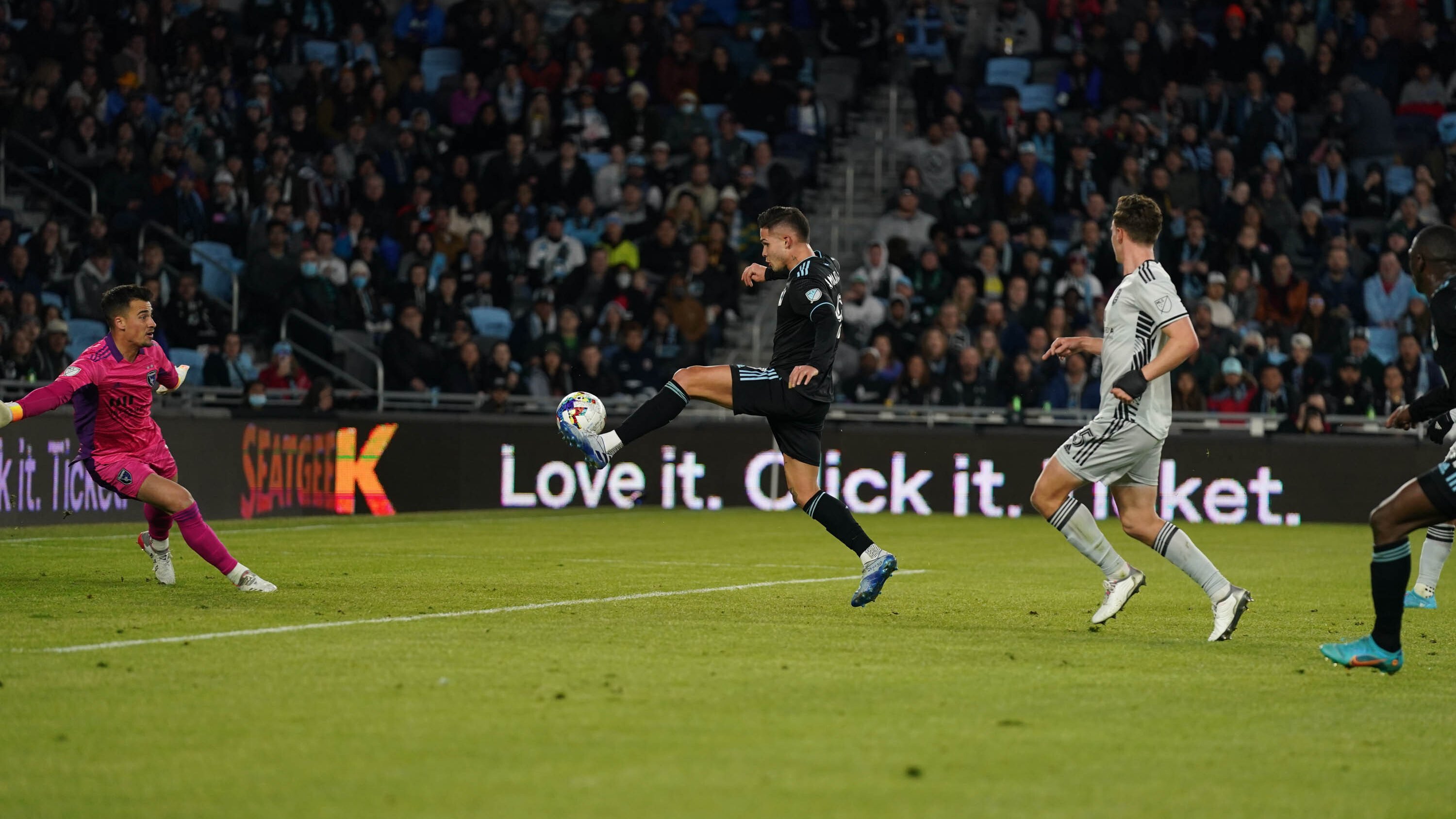 Against New York, Dayne St. Clair put on a match-winning performance in goal. Against San Jose, he didn’t need to make a single save.

Luis Amarilla scored the game’s only goal in the 32nd minute, timing his run to meet an excellent Robin Lod cross and turning it past San Jose keeper JT Marcinowski from point-blank range.

“It would have been a travesty if we hadn’t taken all three points,” said head coach Adrian Heath.

The final scoreline was good enough, but certainly Minnesota could have had more than just Amarilla’s winner. Amarilla in the first half, Bongokuhle Hlongwane in the second half, and Franco Fragapane in second-half stoppage time all were left with just Marcinowski to beat. Amarilla’s attempted chip landed on the roof of the net, Hlongwane’s shot low to Marcinowski’s right was palmed away, and Fragapane tried to round the keeper and failed to even get a shot away.

“At one-nil you’re never completely certain, you’re always a mistake away or a little bit of quality away from getting one point when you thoroughly deserve three,” said Heath.

Once again, what could have been a makeshift back line for the Loons was excellent. Brent Kallman made his fourth consecutive start alongside Michael Boxall, with Bakaye Dibassy filling in at left back and Hassani Dotson filling in on the right. Minnesota hasn’t given up a goal in 265 minutes, with the last coming in the fifth minute in week two of the season.

Heath credited the defense for the team’s success this year. “When we needed to fight through we’ve done it, defending as a group. The people in front of the back four have done excellent, and if we give ourselves a base ,I know we’ll always create chances, with the people that we got on the team.”

MNUFC’s 2021 schedule was pockmarked with games where the team could have and should have done better – games where one point, or no points, should have been three. At least through four weeks of the 2022 season, they’ve got fewer regrets about points left on the table.