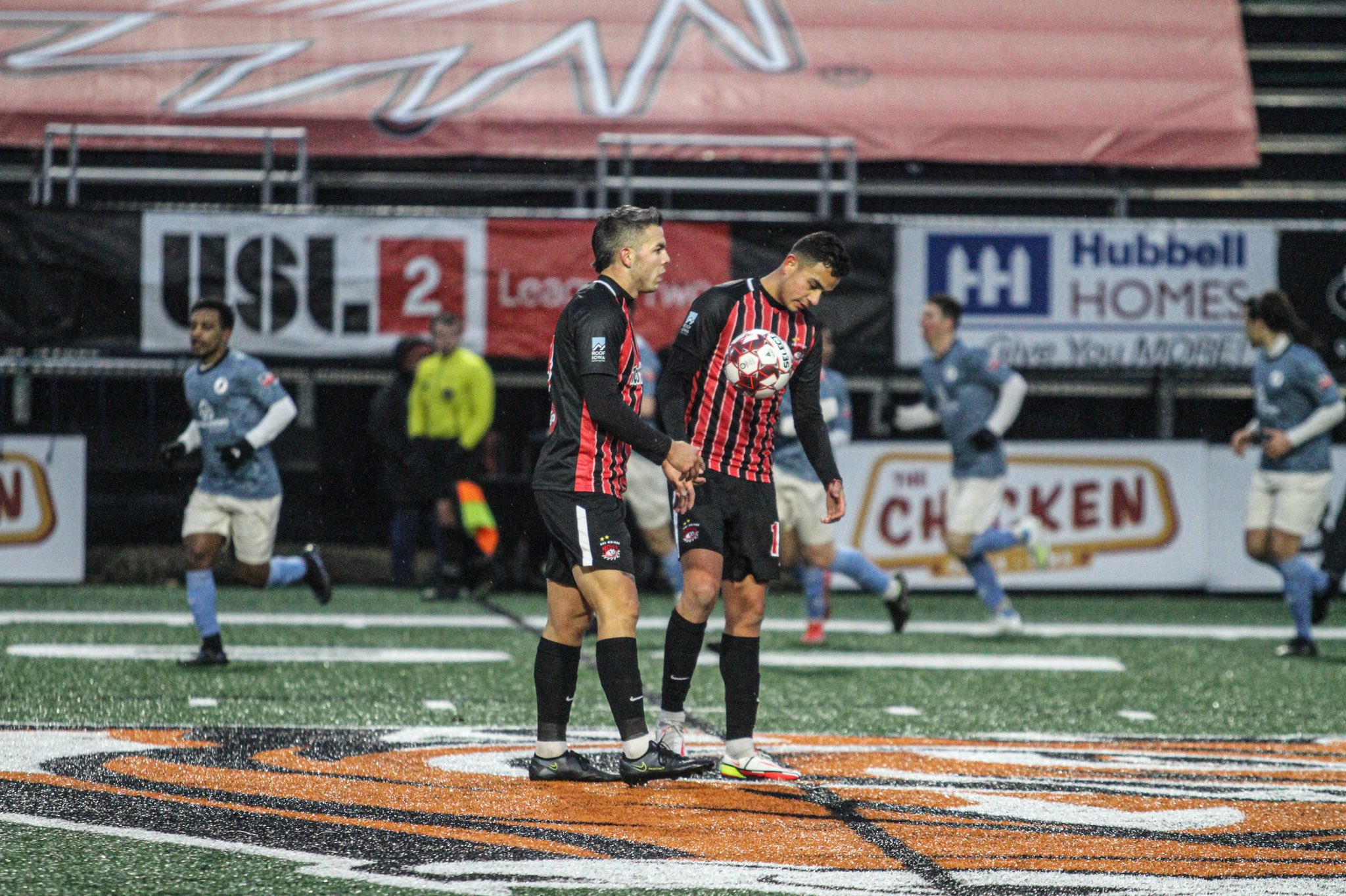 Minneapolis City traveled to Des Moines, Iowa to face their new USL League Two rivals Des Moines Menace in a perhaps the biggest possible preseason match; a first round US Open Cup face off that would hand the winner the chance to face USL League One’s Union Omaha.

The Menace, who are fourteen-time participants in the US Open Cup, are also the reigning USL League Two champions. The club is familiar with Minnesota as well, knocking Duluth FC out of the cup via a penalty shootout in 2019.

The match would of course finally provide the club with a chance to test their undefeated record in the competition, having come about as close as a team can come to competing in the tournament proper without actually doing so. On the verge of what was already going to be a massive year in league play, the crows made it well worth the wait.

City traveled to Des Moines with a roster with plenty of range, from Minneapolis City Futures goalkeeper Eh Ku Say and 2021 NPSL standout Lionel Vang to long time professional player Tyler David. The side would miss Nick Hutton and NPSL North veteran Abdallah Bah, who were both in the initial roster, due to injuries.

It would be Lionel Vang that would open the game up after 20 minutes of bursts of promise from both sides. Given a free kick opportunity over thirty yards out, Vang would step up before rocketing a surely unbelievable direct free kick into the top left corner of the goal. It would be Minneapolis City, and Vang’s, first ever goal in the US Open Cup proper.

Des Moines would come close to equalizing minutes later, but Vang’s goal would be followed by a strong ten to fifteen minute period for Minneapolis well past the half hour mark, with the visitors looking more and more confident with the ball.

It wouldn’t be quite enough, however, as a moment of miscommunication in the 38th minute created space around a pass into the City box. Des Moines’ Maxi Galizzi would be the first to jump on to the chance as the Menace made it 1-1.

Vang would come close to another impressive goal, this time a looping edge-oft-the-box  shot from open play, but it would get tipped over the bar and the half would end at 1-1.

The second half would start akin to how the first ended, with Des Moines finding a goal as William Rodrigues was the first to arrive on a loose ball following a blocked shot in the box. It would take an hour, but the Menace finally had a lead over Minneapolis City.

The lead would last mere minutes as Loïc Mesanvi, the youngest player on the Minneapolis roster, got in behind the defense on a quick transition, scoring on a 1-on-1 with the Des Moines keeper. The hosts, however, wanted their lead back and in the 67th minute as substitute Alessandro Salvedego notched a short distance finish to make it 3-2.

Salvedego would strike again in the 78th minute, his brace making it 4-2 in Des Moines’ favor, cementing the Menace’s win and ending City’s 2022 US Open Cup run. While the final score would not go Minneapolis City’s way, the night would provide a big new chapter in the club’s eventful history.

Lionel Vang and Loïc Mesanvi both added unforgettable moments to their careers, alongside the entire squad, and City can finally look at future Open Cup births as part of an ongoing story, instead of the distant inside joke that, while entertaining, has meant many club legends were unable to take part in the competition.

With three league competitions laying ahead for the Crows, tonight’s match, one which they remained in well past the hour mark, is a fair warning to all that the club will continue to be just as dangerous as they’ve been since claiming their first NPSL North title in 2018.

“I’m really proud of our guys. We were more than the sum of our parts and if we can continue to work that hard throughout the year I think we will have a lot of success.”

As for what this first chapter means for the Crows ongoing match up with the Des Moines Menace, set to continue in USL League Two play, VanBenschoten says there’s encouraging signs that Minneapolis will have a say.

“Well I think we proved we can compete at this level. Obviously to go toe to toe with the defending national champions is encouraging. We certainly have work to do but the belief and effort from the guys tonight was A+. Time will tell but we’ll leave here tonight with a lot of pride and motivation to get better”

The Des Moines Menace will play Union Omaha on April 5th at 7 pm CT. The match will be hosted at Morrison Stadium, located on the Creighton University campus; in Omaha, Nebraska.