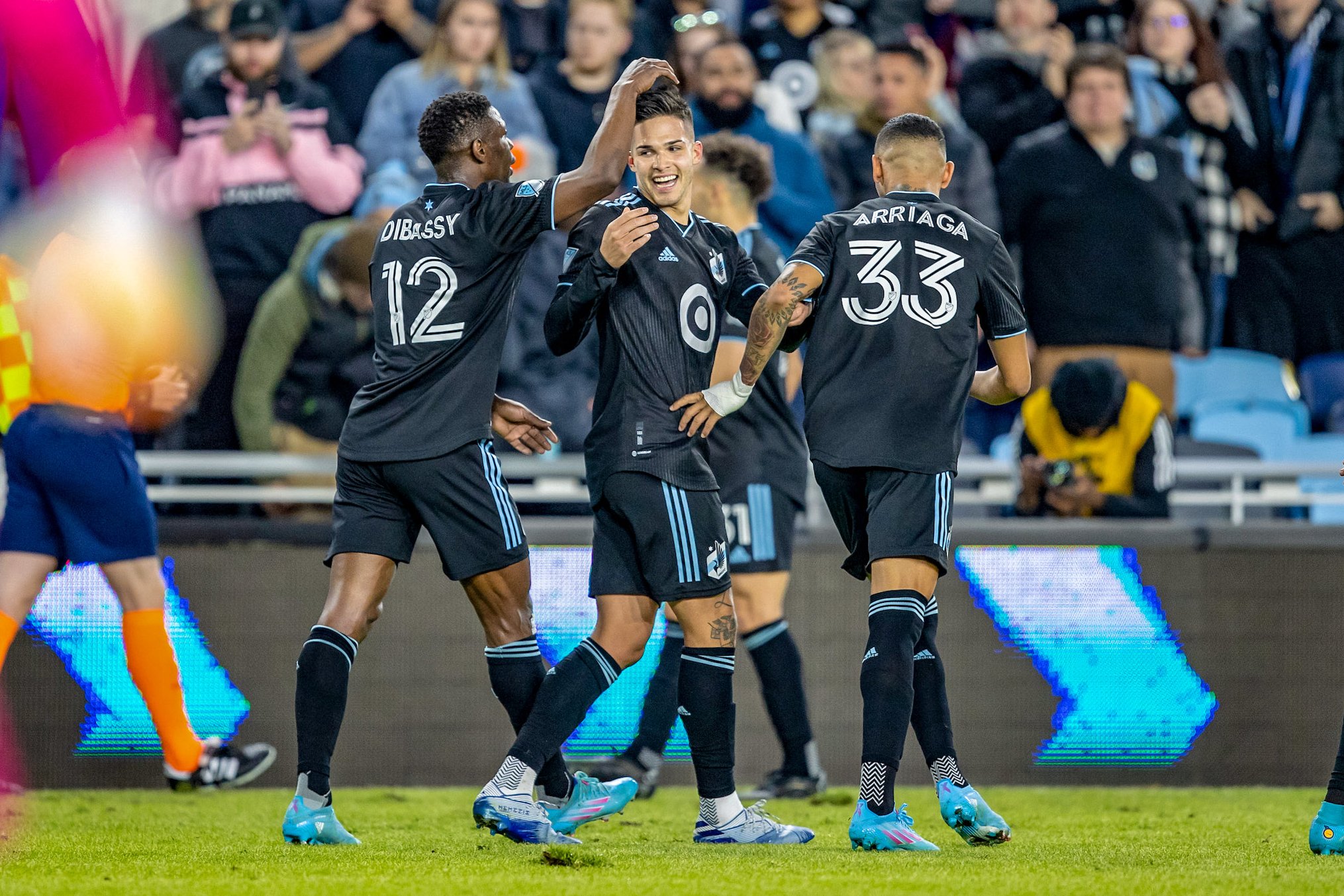 Hey, hey, hey! We made it through the international break without internationally breaking, which is something to not take lightly — amirite, Italy? And now we don’t have to even think about that little business of qualifying for a World Cup until 2030. We’re sittin’ pretty.

And so we turn our focus back to the undefeated Loons.

This is a juicy game between what could very well end up being two Western Conference contenders. Remember when these two met in that half of the league’s final in 2020? Minnesota has yet to lose this year, and the Sounders have had Concacaf Champions League success (at the expense of some early MLS results).

It’s a home affair for United, and yet the history between these clubs falls lopsidedly on the side of the Sounders: In the 10 matches played between Seattle and Minnesota since the latter joined MLS in 2017, the Loons have one win, one draw and eight losses. That 80% clip of wins is the highest percentage of any league-wide pairing that’s seen at least 10 matchups, tied with LAFC’s rate against Real Salt Lake, according to the league. There’s your narrative!

There could be some fresh or refreshed faces along Minnesota’s back line. Romain Metanire is questionable, meaning he could return from injury to feature at right back. (Emphasis on could.) Kemar Lawrence, the club’s new fullback acquired from Toronto, could be slated for a debut as well, no doubt thanks to the break for further integration.

“His fitness is getting better. We’ll just see where he is come the end of the week,” manager Adrian Heath said of Lawrence.  “Might be a bit early for him but he’ll certainly be involved.”

On Seattle’s side, several big-name players look poised to make returns to the pitch after varying amounts of time away from the team, though the week’s international travel may be a factor. Xavier Arreaga and Cristian Roldan didn’t see match action during the break and should be well-rested. Jordan Morris and Nouhou could also return. How manager Brian Schmetzer will choose to deploy or withhold the likes of Raul Ruidiaz and Nico Lodeiro with more Champions League action on the horizon remains a question.

Suffice it to say, however, that player availability and ensuing managerial decisions could be a factor on Sunday.

It’s no secret that United’s offense has yet to really find its juice so far, with just four goals scored through four matches. Might this be the week that changes? The Sounders enter this round of matches having allowed the second-most expected goals per 90 minutes, with 1.92. Good sign, yeah?

It bears mentioning, though, that the side with the highest opponent xG per 90 is the San Jose Earthquakes, though, and Minnesota only put one past them. So maybe it’ll be more about the finishing than the creation — imagine that!

FiveThirtyEight’s MLS predictions model is rather bullish on the Loons chances for this match, giving Minnesota a 45% chance to win, 28% chance to draw and the Sounders a 28% chance to steal all three points on the road. (We’ll assume there was some rounding somewhere in the calculation of those probabilities.)

Speaking of that FiveThirtyEight model, it currently has United as the second-most likely Western Conference club to make the playoffs, at 68%. Seattle’s level with Nashville for third, at 61%. The Loons have the sixth-best odds in the league to secure the Supporters Shield (5%) and joint-sixth for MLS Cup (4%, the same as the Sounders).

We remain attentive as ever to the still-unnamed race for the most nutmegs in MLS. Emanuel Reynoso remains atop the list with four, but Austin’s Sebastian Driussi has caught up with El Rey, leaving the duo tied for the lead. (According to FBRef.) Columbus’ Lucas Zelarayan has also stolen the league lead in successful dribbles from Reynoso, but has only a one dribble margin entering this week’s action.

According to FBRef’s tracking, the Loons have the fewest crosses in the league so far — only 25, about a third of league-leading Orlando City’s 74.

Don’t ask us whether it’s a strategy or not, but Minnesota has so far excelled at passing with body parts not called feet or heads. FBRef has United third in MLS so far in passes attempted with “other” body parts, with 37. That’s called breaking the mold.

Late in last season, the Loons fell 1-0 to Seattle on the road. João Paulo had that day’s lone goal with a first half finish.

Neither team will look to do much with possession as counters remain key. Introductions and re-introductions could allow for some unintentional spaces, but conversion is a question mark. I’ll say this finishes a 1-1 draw.