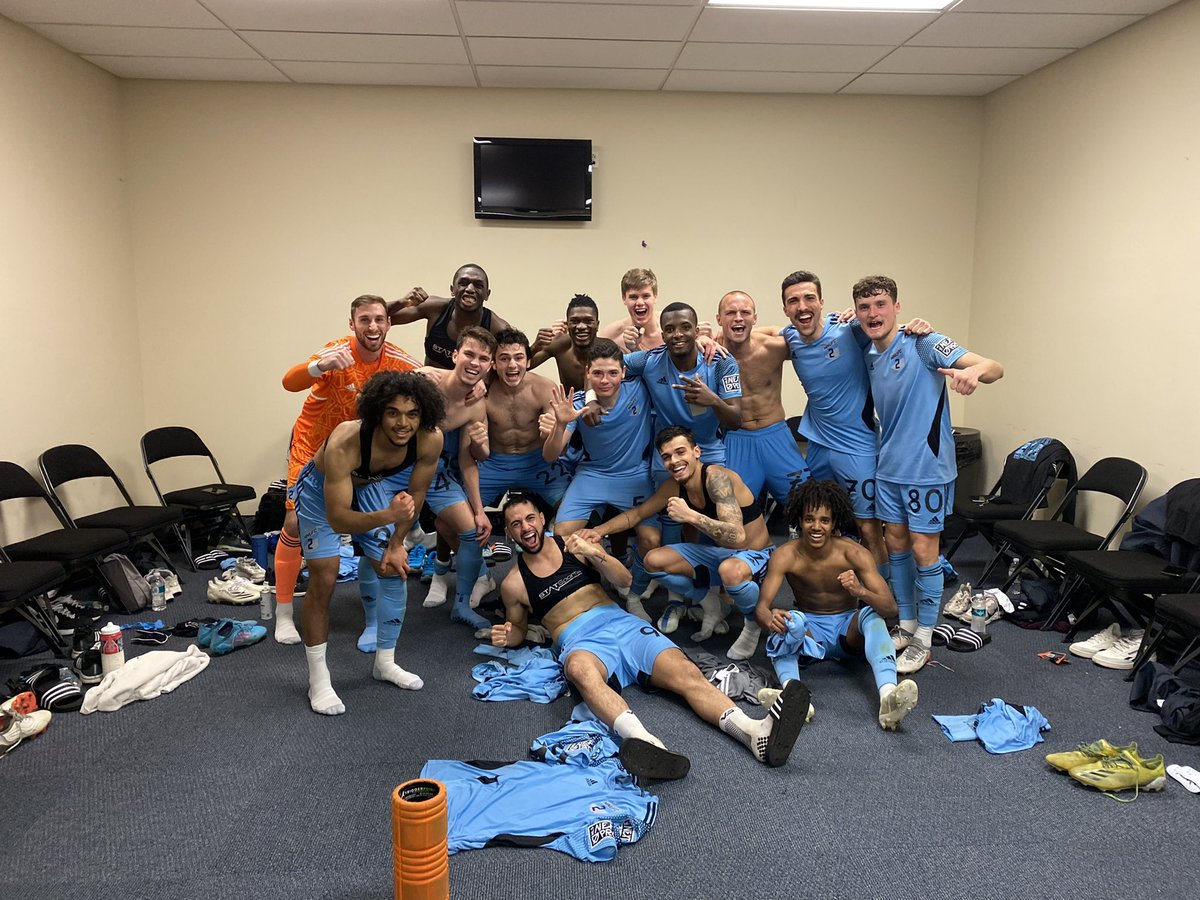 ST. LOUIS, Mo. — I am entirely confident that there was only one person within the entirety of St. Louis City SC 2’s temporary home stadium cheering for Minnesota United 2 on Sunday night.

Spoiler alert: It was me, and I realized it was the case when I stood to applaud Dos Loons’ first goal of their 4-0 road win and found myself alone in that particular endeavor.

(For whatever it’s worth, the STL City fans were nothing short of kind — one even went so far as to congratulate me as he departed early following Justin McMaster’s second half penalty.)

That game was my first even mildly prolonged exposure to MNUFC2, though the very talented Jacob Schneider has kept me updated through his coverage. As is perhaps to be expected from anyone who watches a 4-0 win, I came away impressed.

I pretty much only write about Minnesota United as a club in the analytic sense these days, so it’s difficult for me to distance myself from that nature. But manager Cameron Knowles has put together an incredibly solid side given the week-to-week unpredictability of personnel that comes with leading a reserve team.

Yes, the City side United faced was rotated from a midweek U.S. Open Cup match, but the Twoons still sliced them up like a St. Louis bagel. There were tactics!

Those tactics mostly involved letting City push too many numbers forward and then torching their defenders with pace and pinpoint passing. (It felt reminiscent of 2020 Minnesota United proper, with that devastating counterattack.)

I’m not going to pretend I’m an expert regarding Minnesota 2, but I will share my thoughts on the prospects who stood out during my viewing:

From the moment Diogo Pacheco took a throw-in on the fans’ side of the stadium and I saw he was rocking the mustache of a true gentleman, I knew we were in for a show. That show, incidentally, happened to be a gentleman’s hat trick — three assists.

Pacheco’s got a strong build for a winger, but brings speed and heads-up dribbling to the position, too. He spaced fantastically, often sticking within 10-ish yards of the touchline, even when the ball was on the other side of the pitch. The runs he was able to make from this position led to some chances even as the game was secure.

These assists are simple ones, but that seems to be a skillset of Pacheco’s. I watched his college mixtape, and it’s clear that he’s got the left foot to send in curling diagonals, but these low through balls — through, quite literally, traffic — are most definitely in his bag.

I’m not skilled enough in prospect evaluation to say whether this would translate to the tighter windows and faster closedowns of a top tier, but I’ll go as far as to say I’d like to see Pacheco get a shot.

From Justin to AZ

Justin McMaster filled an important role on the right side of the Loons’ team. Not only was he a consistent option for those counters, he acted as a buffer and help defender for Nabi Kibunguchy. (And McMaster won 45.5% of his duels.) He made a great run on the first goal clipped above and took a clean penalty in the second half.

His all-around solid performance seemed like that of a veteran.

Aziel Jackson, who played as Minnesota 2’s No. 10, must have spent some time watching a different No. 10 for the same club. He can dribble.

Jackson quickly became the player who excited me as soon as the ball reached his feet. That kind of individual playmaking is powerful, but it wasn’t his only flashpoint: He also completed 80% of his passes, the joint-most of any player in the game, generating 0.21 expected assists.

For apparently filling in at centerback, Devin Padelford looking comfortable in space and (especially) on the ball.

And there’s one final shoutout to be made: It was fantastic seeing Chase Gasper, who captained the reserve side, back in action. His shift was a steady and skillfully uneventful one.

Oh, and St. Louis City has a fun vibe for their year before they join MLS fully. Their set-up on the campus of St. Louis University is picturesque and the atmosphere felt reminiscent of the NSC.