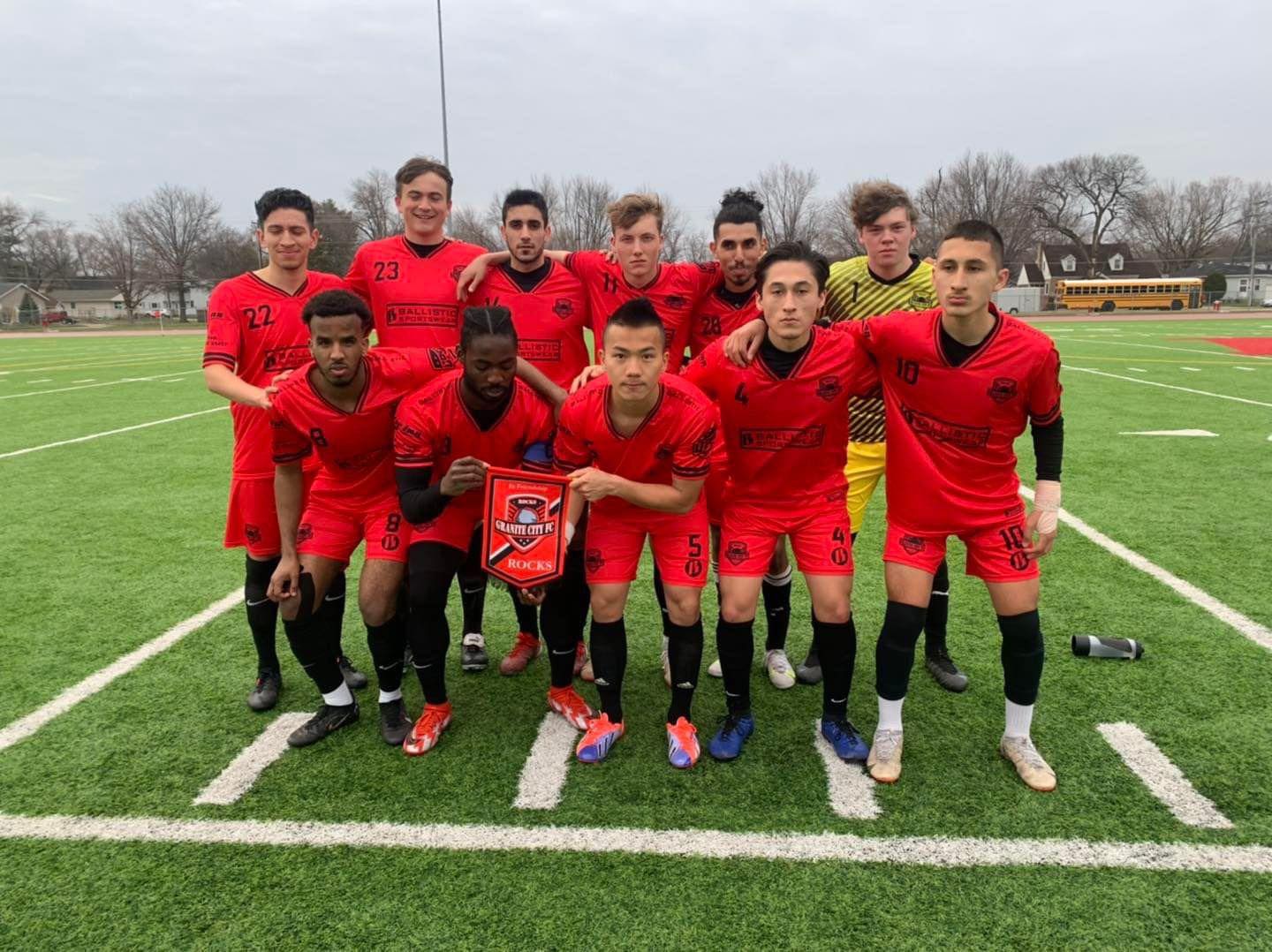 Lower league soccer properly kicked off in Minnesota this weekend with the start of the UPSL Midwest Conference-West Division’s 2022 season. With Minneapolis City 2, now simply referred to as Minneapolis City, as reigning champions, the division is a combination of experienced organizations and brand new UPSL members that is sure to provide excitement through its active summer schedule.

Will new blood Austin Villa and Ebusua step up and compete? Will the Minneapolis City Futures dominate the table as they defend their title, or will the likes of Vlora, Brooklyn Knights, and FC Minneapolis step up to challenge for silverware?

We got the start of the answer this weekend, from Friday the 29th of April to Sunday the 1st of May, but there’s plenty more to come.

The result was an immediate reminder of the unpredictability and ever changing nature of lower league soccer. While this could very well prove Austin Villa’s only win for weeks, it might also be the start of an inspired run of form. One can only wait and see.

We’ll learn a fair bit about what this result really means once both clubs play their second matches. Granite City will play another new team, Ebusua, midweek, while Austin Villa will host neighbors Rochester FC. For Granite City, it’s a shot at redemption. For Austin Villa, it’s a chance to show they can recreate the magic against several sides.

Historied local side turned UPSL club Ebusua FC took their shot at 2019 Midwest West champions, hosting Vlora FC in a tight 1-2 loss which saw Vlora return home with all three points. The hosts took the lead, but Vlora mounted a second half comeback with goals from Suad Suljic and Leo Anthony to show their quality.

Ebusua, who quoted their final result post with, “Not how we wanted to start the season, but we got the next one”, should be pleased to keep it close with a historically strong side in the UPSL Midwest-West, but it now becomes about the next match for them. A good result against Granite City, who lost their opening match, on May 4th could quickly erase any negativity around this result.

Vlora take on Maplebrook in the next round and could very well be two for two after the first week of action. It’s fair to say the club that’s recently helped developed so many professional players, are taking the first steps in showing us they’re contenders for this title just as they’ve been in the past.

The Dakota Young Stars kicked off 2022 by hosting the club they’ve finished one spot behind in every UPSL season the two have played so far, FC Minneapolis. The visiting City Lions have several more years of history behind them, but neither have quite found their stride in the UPSL as of yet.

This weekend’s match would live up to the hype as the Young Stars hosted an epic 4-3 win over FC Minneapolis, starting the season off with three points as both sides showed their potent attacking options. Both sides have plenty of work to do before the year is done, but a win here means that the Young Stars already have a leg up on the side that has historically always done ever so slightly better than them in the UPSL.

Both the City Lions and Young Stars will play Turbo in their next league match due to the scheduling of the season. For today’s hosts, it’s a great chance to get two wins to kick off the year. For the City Lions, it’s an opportunity to bounce back from this weekend’s loss.

Author’s Note: The lower league calender is going to be taking shape over the next few weeks, with more leagues and clubs getting into gear every week. We expect our coverage of the NPSL, UPSL, WPSL, USL League Two, and USL W League seasons to take shape organically over that time, so readers should see plenty of coverage, but expect how that coverage looks to change over the next few weeks.