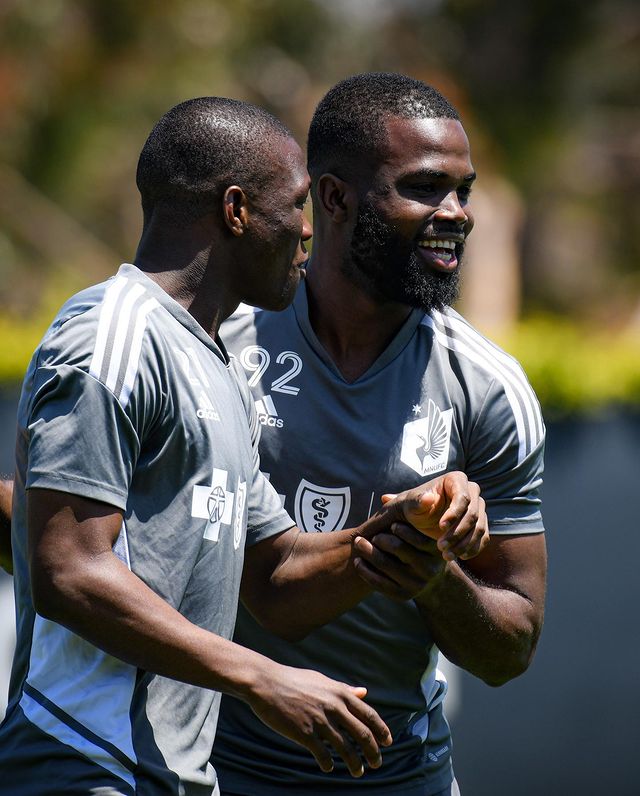 I’m not sure you’re going to get a better evening to go to a Loons game than you will on Saturday night (7pm, on Bally Sports North and on Channel 23 in the Twin Cities, for those not at Allianz Field). It’s supposed to be nice outside, for the first time this season. Even if you’re a fan of other Minnesota sports, the Wild are off, the Lynx are off, and the Twins and the Saints have afternoon games.

This week, FC Cincinnati is in town, and while Cincy has been famously the worst team in the history of MLS, it looks like they might have finally turned things around. And for the Loons, their depth along the back line is going to be in question – maybe not on Saturday, but certainly as the season moves on.

Minnesota traded left back Chase Gasper to the Los Angeles Galaxy this week, receiving $450K in General Allocation Money, with a possibility of $300K more depending on how Gasper performs.

It was a sad day for a lot of Loons fans. Gasper was a success story, a draft pick that became an important piece of three consecutive playoff teams, and a fan favorite. From what Adrian Heath told Jerry Zgoda of the Star Tribune, it sounds like the trade was at Gasper’s request, following his stint in the league’s Substance Abuse and Behavioral Health program – a case of the team trying to do what’s best for the player, rather than necessarily what’s best for the club.

For the team, though, depth at the fullback positions is now a worry. Minnesota had already traded for Kemar Lawrence at left back, and signed Oniel Fisher to back up at right back – but for the foreseeable future, Lawrence and Fisher are all that’s left. Gasper is gone. Romain Métanire hasn’t been able to play more than 20 minutes at a time without reinjuring himself. Dotson is out for the season with a knee injury.

That’s five potential fullbacks, reduced to two – and Fisher is 30, while Lawrence will be 30 in September. Can the two of them handle playing 25 more games this year, plus US Open Cup games?

Bakaye Dibassy can fill in at left back, but Brent Kallman is the only MLS-experienced backup at center back – and Dibassy, Kallman, and Michael Boxall are all over 30.

Beyond those five players,  DJ Taylor has two starts at right back this year. And after that, well, Nabi Kibunguchy started in the US Open Cup and has played five games in MNUFC2.

I don’t get the sense that Heath is a superstitious person, but even he might be crossing some fingers and knocking on some wood, regarding the health of Fisher, Lawrence, Kallman, Dibassy, and Boxall. As the Loons struggle to consistently put the ball in the net, the last thing they can afford is for their defense to suddenly collapse.

I have tried to figure out what the best way to describe the first three years of FC Cincinnati, and here’s what I have:

Remember 2017 for Minnesota United? The Loons gave up a then-league-record 70 goals in their expansion season, and played 29 different players, not due to injury so much as discovering on the fly that guys just didn’t have it. The whole season was a constant fire drill, like watching the group try to manage a flood with a single five-gallon pail.

You have to understand this to understand why 13 points in 10 games is so unreal for Cincinnati. They’ve won two straight games; if they win Saturday, it will be the longest winning streak in the history of the franchise.

They’re flying! In the playoff spots! Not a laughingstock! They haven’t had a club-wide crisis in like an entire year!

The biggest difference for Cincy so far has been in goal, where they have been mostly average, which is light-years ahead of previous years. Last year FCC had the worst two keepers in the entire league, and about the only nice thing you can say is that they were consistently bad and split time pretty equally. This year, Cincy brought in veteran Alec Kann, who has probably stolen multiple points for them already this year. They’ve also has gotten three good games from 21-year-old Roman Celetano.

Up front, big-money signing Brenner is failing to finish chances at an elite rate (3.1 xG and 0 goals, according to FBRef), but 23-year-old Brandon Vasquez is making up for it, and has five goals this year. Luciano Acosta has created more shots than any other player in MLS. Dom Badji is still around being Dom Badji.

I don’t know if Cincinnati is going to make the playoffs, but with decent goalkeeping, and Vasquez and Acosta, they’re going to have a very hard time finishing last again. And maybe more importantly, they finally have a competent GM (Chris Albright, late of Philly) and a competent head coach (Pat Noonan, also late of Philly), and are headed in the right direction.

Given FCC’s history, it’s probably not a surprise that the Loons have a perfect record against Cincy, with three wins in three games. The teams haven’t played since October 2020, when Aaron Schoenfeld (!) scored in stoppage time to clinch a 1-0 win, pouncing on a Michael Boxall header that had come off the post on a corner kick.

Cincinnati beat Toronto home and away twice in the space of five days, including playing on Wednesday. The Loons, meanwhile, haven’t played since running out of gas against LAFC on Sunday. So you have to say that Minnesota has an advantage, not only being at home but also being well-rested.

5 – Where FC Cincinnati ranks in MLS in expected goal difference, according to ASA; at +5.16, they’re only behind New York, LAFC, NYCFC, and Philadelphia.

4.87 – Goals added, via ASA, by Dayne St. Clair this season, more than twice as many as any other keeper in MLS.

I can cheerfully say I’ve been wrong with virtually every prediction I’ve made this year. Now that I’ve talked up the goalkeeping on both sides, I think we can agree that this one will probably finish 3-2; since the Loons are at home, I’ll say that they will come out on top.