NPSL North Returns with a Roar in Week One 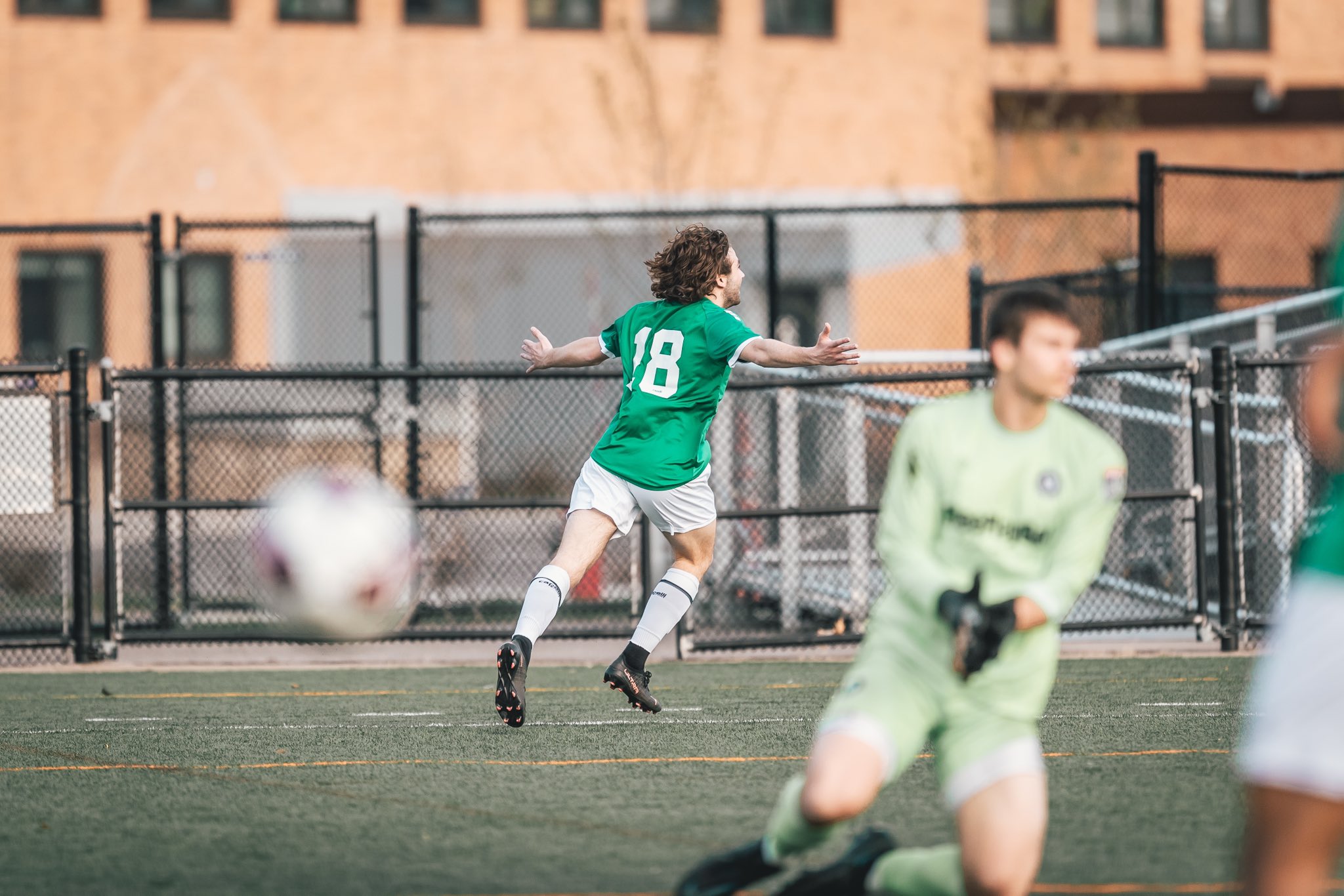 It’s hard to ignore Duluth’s massive road win when picking out a key fixture from this opening weekend. The match reflected much of what had seemed to be different about Duluth this offseason. The experienced defensive spine of the team, in the form of goalkeeper Brendan Dally and defender Martin Grzywa, ushered off the rare chances Joy had at scoring, while a mixture of well-recruited new faces and local talent sent in a flurry of goals.

The match seemed largely resolved just twenty minutes in, with UWS all time top goalscorer and Minnesota-native Blake Perry scoring a brace in his NPSL and Duluth FC debut. Kostya Domaratskyy would make it 3-0 at half time, before returnee Felipe Oliviera, Rory Carlson, and Cian Gantley would pile on the goals to end it at 6-0.

Amid the goals, Duluth were able to rotate in a range of personnel, even bringing in second keeper Michael Garrihy for the final 27 minutes and giving UWS commit and Superior-native Jake Kidd a 35 minute NPSL and Duluth FC debut.

It’s a good start to 2022 for Head Coach Sean Morgan, who started his NPSL coaching career with a 4-3 win against Joy Athletic at home in 2021. For Duluth FC, yet to reach full roster strength, it’s about as strong a start as one can ask for. They’ll need to translate that momentum, however, into a result against Minneapolis City next week to truly mark themselves as early title competitors.

Duluth’s record against City has actually been better on the road than at home in recent years, so the BlueGreens will need to at their best to shift the fates.

For Joy, this is a rough way to kick off a year that could still be a great one. Their defensive issues from 2021 have been laid out for all to see right from the start of the season and every team that plays them from here on will be aware of that. This side has plenty of attacking talent, but was unable to give them much if any time on the ball against Duluth.

As much as it’s about more of the same for Duluth moving forward, it’s going to be all about a complete shift. Joy host the Dakota Fusion and Aris in their next two matches. Get some goals against both and perhaps the Goats can clean the slate and get back to what is supposed to be a big year for them in the NPSL North.

How The North Played Out

I had expressed doubts about Minneapolis City’s plan to make a single pool of players work across three leagues, but, while it’s certainly too early to say anything for certain, they’ve shown its potential this weekend.

City, tied 0-0 at half time with the hosts, would win 2-0 through goals from ​​Cole Schwartz and Loïc Mesanvi, the latter of which scored the winner in City’s 1-0 win over the Brooklyn Knights in the UPSL. Along the way, City handed NPSL debuts and starts to Jacek Nickowski, Will Orser, Joey Tawah, and Sydney Tume.

The TwinStars have some strong pieces in their roster this year and this is a genuinely strong show of ability for City’s new system. While next week’s trip to Duluth will probably show us more about their title bid, wins against the TwinStars of the world make championships as much as any other.

For the TwinStars, next week’s match against La Crosse Aris will provide a great opportunity to rebound from this loss and find some form before they travel to Duluth for week three.

Med City’s home opener got off to a tough start, with Aris holding them to a surprising 1-1 draw at half time. The hosts, who found the night’s opening goal and winning goal through Narcis Bou, would need over an hour to find that second goal, eventually winning 2-1 to kick off their 2022 campaign.

Three points will alway ease tensions, but it’s fair to say that this win isn’t what one would expect from Aris at Med City. On the one hand, this is perhaps reason to believe Aris will be more competitive than many have given them credit for. At the same time, Med City will hope this is nothing more than a rusty start to a good year.

Aris will travel to the TwinStars next, hoping to continue this run of competitive matches. Med City, meanwhile, will host Sioux Falls next, a match most would expect to be more difficult than this weekend’s.

If Med City don’t clean things up, my prediction of a top two finish would be in serious jeopardy.

The opening weekend’s only draw came from a hot night in Sioux Falls, South Dakota in the latest edition of the inter-state rivalry between the Thunder and Fusion. The final score would be 1-1, with Sioux Falls’ Samuel Baraka opening the scoring against the new look Dakota Fusion before a first half equalizer from the Fusion.

It’s a workable result for both sides. The Thunder will be happy to start 2022 with a point and a solid performance. The Fusion, with so many new faces, will be happy to take a point home after starting their season on the road, which is always a challenge.

The Fusion travel again next week, this time to Joy Athletic, and will hope that they can find some of the defensive weaknesses that Duluth FC did this week. If they do, four points from two road matches sounds like a wonderful start to any season.

The Thunder would have hoped to have three points in the bag when they travel to Med City, but they’ll be encouraged by their hosts first week struggles as well.