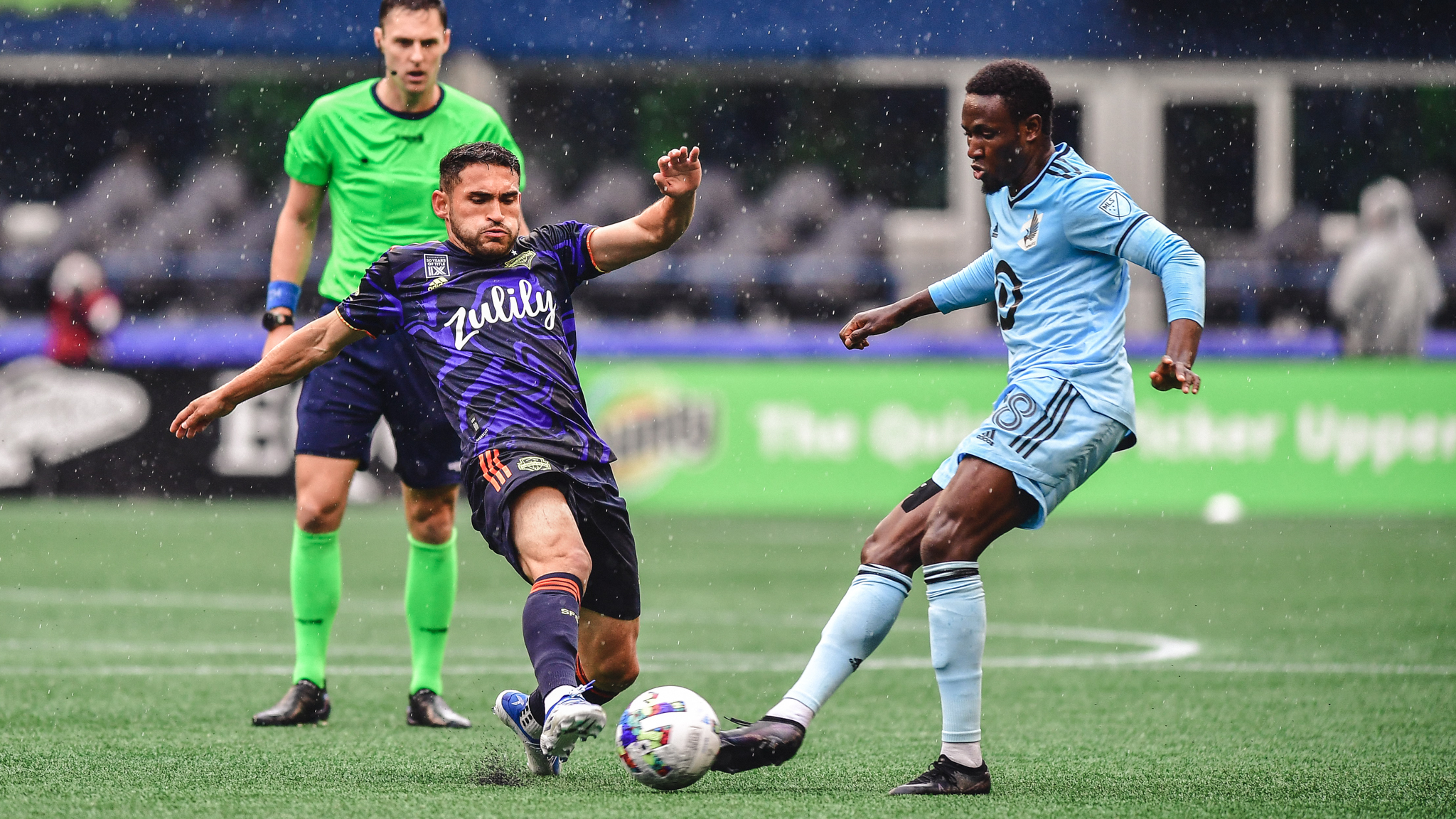 You could call it a tipping point.

After a 1-0 halftime lead turned into a 3-1 loss at Lumen Field, the Loons’ seventh straight defeat in Seattle since joining MLS, Minnesota United gaffer Adrian Heath didn’t hold back when speaking to media Sunday evening.

“Well, I’m sick to death of coming here and playing like we do,” said Heath. “Playing as well we did the first half and then deciding that we are going to give them opportunities. They’re too good for that. It’s happened the last two or three times. We’ve got beaten by four the other year and for 80 minutes we’re the better team…This is a really good team. They just won the Champions League. Look at the front four. They’ve just taken [Albert] Rusnak, who was a DP in the league. [Raul] Ruidiaz. [Jordan] Morris going to the World Cup. [Cristian] Roldan. Nicolas Lodeiro. They’ve got quality. So the last thing we need to be doing is giving them opportunities by our stupidity and we continually keep doing it. We can’t keep shooting ourselves in the foot.”

It was the third consecutive match where Minnesota came out on the front foot, with a handful of chances over the match’s first half-hour, but once again those opportunities failed to bear fruit.

Then Mr. Reliable himself, Robin Lod, notched his team-leading fourth goal of the season, as a Franco Fragapane pass into the box squirted through the legs of Nouhou and right to Lod’s left foot. The Fin buried the point-blank shot to give the visitors a first-half lead and temporarily spoil the Sounders’ CONCACAF Champions League Trophy homecoming.

Despite additional opportunities over the opening 45 minutes, including a curling shot from the aforementioned No. 9 that skirted just wide of goal and a 3-on-2 break that ended up in a Kemar Lawrence effort from 20+ yards out, the Loons were only able to muster the one goal.

“How we only had one goal to show for our attacking with our play in the first half is beyond me,” said Heath. “The amount of times we broke with three-on-two and two-on-one and didn’t have enough in the end to show for it…we can’t keep beating ourselves and that’s what we’re doing at this moment in time.”

Those missed opportunities reared their ugly head just a few minutes into the 2nd half.

A turnover in the defensive third and rare lack of positioning from the backline left Raul Ruidiaz streaking towards goal, leaving trailers Bakaye Dibassy and Wil Trapp with little choice but to challenge from behind.

“At the end of the day, forget the penalty,” said Heath regarding the challenge. “The one that changes the whole course of the game is we don’t clear it after four minutes when there is no danger at all.”

Anyone with an elementary knowledge of Minnesota United will know Dayne St. Clair hasn’t EVER given up a PK goal in MLS…that is until Saturday. While the Canadian guessed right and got a diving paw on the effort, Seattle’s striker just put too much behind the shot and it still ended up in the back of the net.

“It was unfortunate one on the penalty,” said Heath. “A bit too much pace on the ball beat him, but, once again, he’s guessed the right way and got his hands on it, so Dayne [St. Clair] has done well again. I don’t think there’s been anything that I go ‘what a save that is’ that he shouldn’t make. He’s keeping the goal really well, very competently. He’s doing everything you can ask of him. He’s not getting an awful lot of support in front of him at this moment in time.”

A potential momentum-swinging moment came in the 72nd minute as Minnesota were inches from retaking the lead off a set piece. Emanuel Reynoso curled in a beauty of a corner kick that found a wide open Bongokuhle Hlongwane right at the back post, but somehow, someway, the South African’s header went wide.

Just two minutes later, the hosts would once again capitalize on the Loons’ inability to take their chances. Cristian Roldan found the ball at his feet just outside the 18-yard box and beat St. Clair with a right footed cross-body shot to the top left corner that you just had to sit back and admire.

As MNUFC pushed more and more for an equalizer, they left themselves susceptible to the Sounders’ lethal counter-attack. Finally, in the last minute of stoppage-time, the game would be put on ice with a Nico Lodeiro goal, his second of the year.

For the match, the Sounders outshot Minnesota 15-11 and fired seven on target to the Loons’ four. Minnesota generated 10 total corner kicks to Seattle’s five.

The more Minnesota comes to Seattle, the more they look across at a team and organization they want to become. A squad that not only creates goal-scoring opportunities, but takes advantage of them. A lethal attacking group that can score at any moment. A club with proven consistency at both the league and Cup levels.

After Sunday, it seems the Loons are even further from that goal than originally thought.

“That final ball and ultimately our final touch wasn’t what it should be at this level,” said Heath. “And against this team, I’ve just named you their front four, as good as anybody in the league. That’s why they win.”