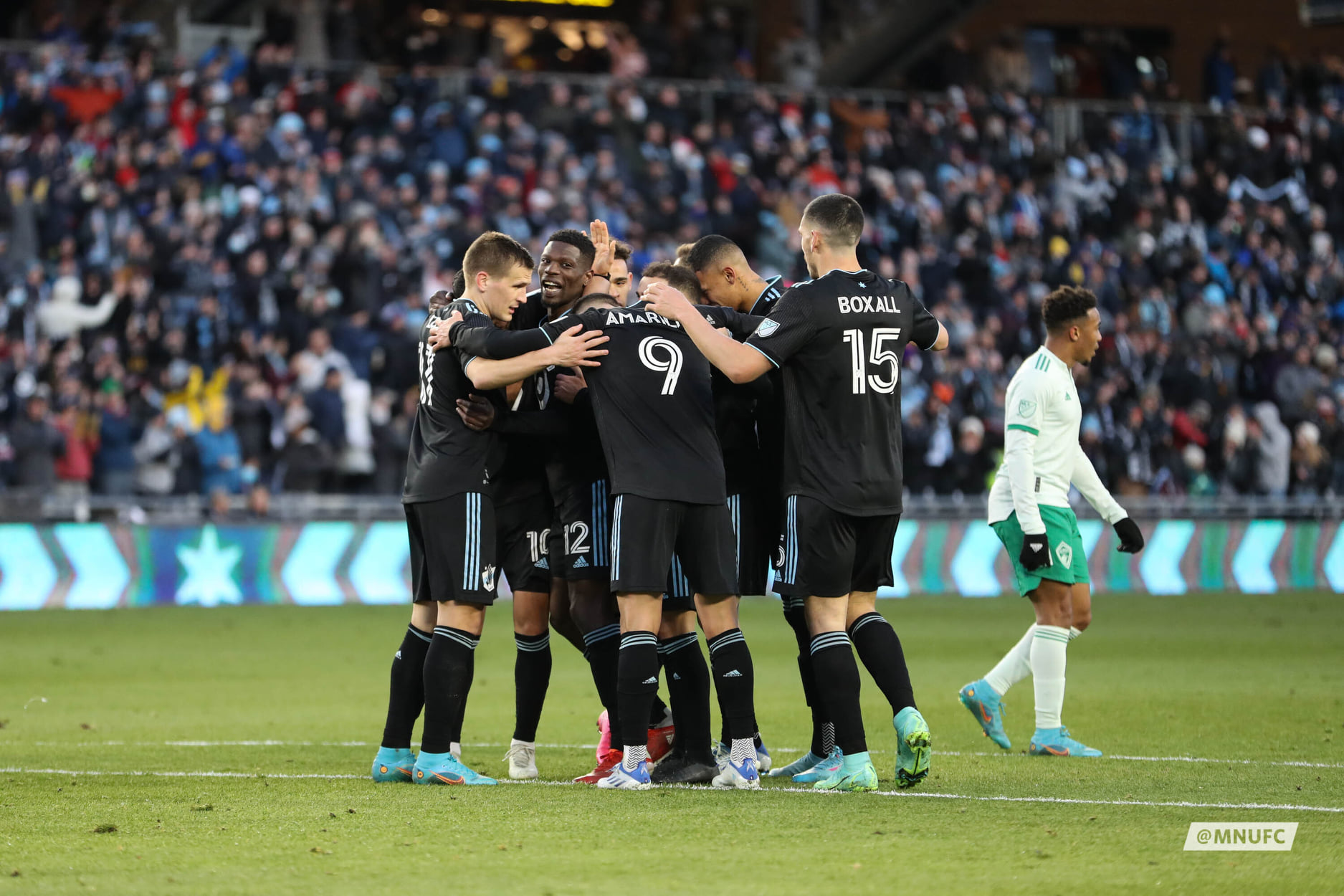 Neither the Sounders nor the Loons find themselves in the best form when it comes to league play at the moment, but the budding rivalry between the two sides always delivers fireworks on the pitch.

The 8th place Loons host the 13th place Sounders in an ESPN national tv showcase at 3 pm CT Sunday. The Loons (4-2-4) and the Sounders (2-1-5) will be meeting for the second time this season, with the Loons falling 2-1 at home at Allianz Field.

Why is this match so important?

Minnesota United have found themselves in a relative slump. They’ve lost two straight matches and conceded the game winner in the 80th minute or later in both of those matches. On top of losing it late, they didn’t find the back of the net in either match.

Neither Adrien Hunou or Luis Amarilla – the Loons Designated Players in the forward position – are finding the back of the net. There is no true goalscorer on the team who they can rely on week after week to find the back of the net; it’s a major issue. However, the positive here is that Emanuel Reynoso is coming off a fantastic super-sub performance in the U.S. Open Cup where he scored a majestic solo goal to send the Loons to the round of 16. His 87th minute winner has him riding a boat-full of confidence heading into Sunday’s contest.

The Loons are not in must-win territory as they sit 8th in the West, but they’re nearing a point where if they suffer a third-consecutive loss in league play (and three straight to Seattle) they could find themselves in trouble. Any points on the road should be taken as a plus, especially at Lumen Field

On the other hand, the Seattle Sounders are desperate for a confidence-boosting league win. They can no longer ride the CCL hangover – it’s time to get serious and start climbing the Western Conference Table. They’ve lost three-straight in league play including – I’m not holding back here – an incredibly embarrassing defeat to the San Jose Earthquakes during a time where the club was in absolute disarray. A home match against a struggling Western Conference team and an opponent who you have already beaten this season feels like a match made in heaven for the kings of Concacaf.

Defender Jackson Ragen has been ruled out of the match due to injury, on top of Paulo. Otherwise, the Sounders are at full-strength. On paper this should be a win for the home side, however, a slump of form from both sides means anything can happen. Genuinely, it feels like a toss-up.

I don’t like to make predictions, because I don’t have a stake in the match nor do I have any fandom mixed into the match. However, those who know me on a personal level know that as a young lad, the Sounders were the first MLS team I outwardly supported circa 2013-2016. I grew up going to MNUFC (NASL) matches at the NSC, too. This match is a treat for me as a result. The only prediction you’ll get out of me is that I’m expecting a Nouhou Tolo bicycle kick in the box and if it does not happen, none of this was worth it.

Lastly, I’d expect Luis Amarilla to return to the Loons XI in Seattle. However, I wouldn’t be shocked to see Emanuel Reynoso at LW with the Loons using the 4-3-3 shape to hold the ball more with the likes of Rosales, Arriaga and Trapp beneath the attack.