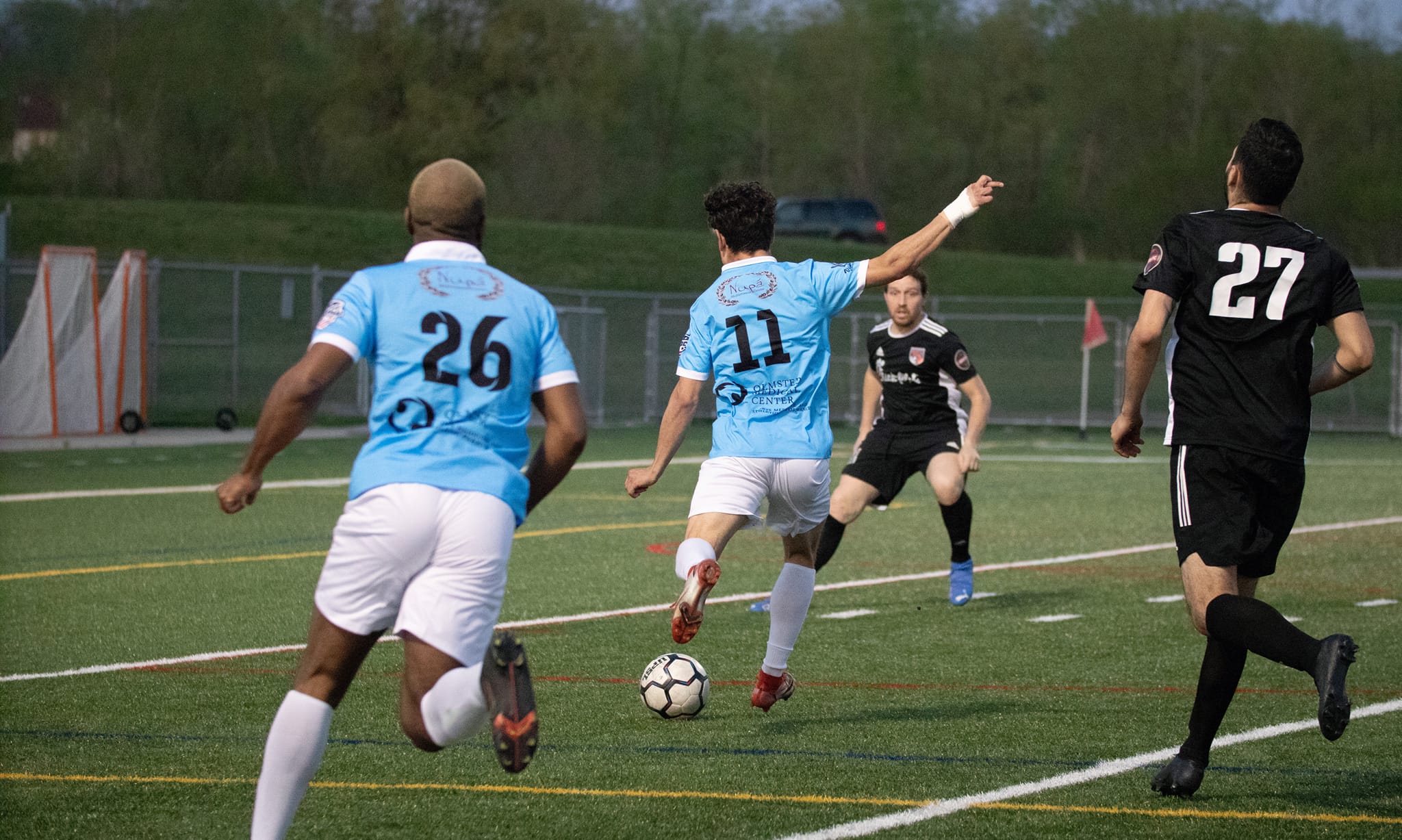 Rochester returned home off a tough tour of the division’s new member clubs, Austin Villa and Ebusua, that left them with one point and six goals conceded. The occasion, a match against Maplebrook, provided a much needed opportunity to find that first win of 2022 and of course correct their promising season.

That, however, is not how things went. It would be Maplebrook who took the points home Friday night after a late, 84th minute, goal off of a corner to make it 1-0. It’s the sort of gritty result that gets teams like Maplebrook their points, and often leaves the likes of Rochester feeling they’ve missed a clear chance.

Finally with some points to build from, Maplebrook can go about the rest of their season with some sense of confidence. Meanwhile, Rochester’s trip to the Twin Cities to play the Brooklyn Knights on the 18th now feels all the more vital.

After having their match against Turbo called off due to weather, the same day as Minnesota United’s open cup match, FC Minneapolis had a chance to find that first win of the season at home when they hosted Ebusua. The visitors, for their part, had just earned their first ever UPSL point the week prior against Rochester.

It would prove to be a good night for the City Lions, having expected to play twice this week, who won 4-0 in a blowout fueled by a Higor Franca brace. Goals from Layton Blair and Assem Elsayad added to the bunch as FC Minneapolis grabbed their first win of the 2022 season, reigniting hopes and showing off an electric attack that has seven goals in two games.

Ebusua, meanwhile, show they still have quite a road ahead of them before securing consistent UPSL performances.

A scrappy but largely successful Granite City hosted a winless Brooklyn Knights in a match that would either help catapult the hosts top of the table ambitions or breathe new life into the visitor’s struggling season.

Instead, Granite City would suffer its most surprisingly loss of the season so far, with the Brooklyn Knights winning 6-3 in St. Cloud. It’s a tough day at home for the hosts, but exactly the sort of response the Brooklyn Knights needed to find to restart their season after a tough start. With both teams dropping and picking up points periodically, it’s hard to say how far either will go this year.

Needless to say, this makes the fight between the bottom and middle thirds of the table much, much tighter. The UPSL Midwest-West is a uniquely competitive space this season.

In a match that may well have title or playoff race implications, Austin Villa traveled for their first ever away game to the University of Sioux Falls to face the Young Stars. Both side had taken six points in their first two matches and represented non-Twin Cities metro candidates for a big season.

The Young Stars would prove triumphant on the night, beating Austin Villa 3-1 in a statement win that left them matched with Vlora at three wins in three matches. It’s Austin’s first loss of the season and first goals conceded of the year, a positive note for the losing visitors who have started 2022 with such promise. While defending champs Minneapolis City are favorites for the title, Vlora and Young Stars are making serious cases. The South Dakotans should not be underestimated.

While the Young Stars have not had the sort of clean sheet wins one would like to see on the road to a championship, their results don’t lie. They’re a dangerous side that’s determined to prove a point this year.