Crows second half flurries come up short in loss to Peoria, 1-0 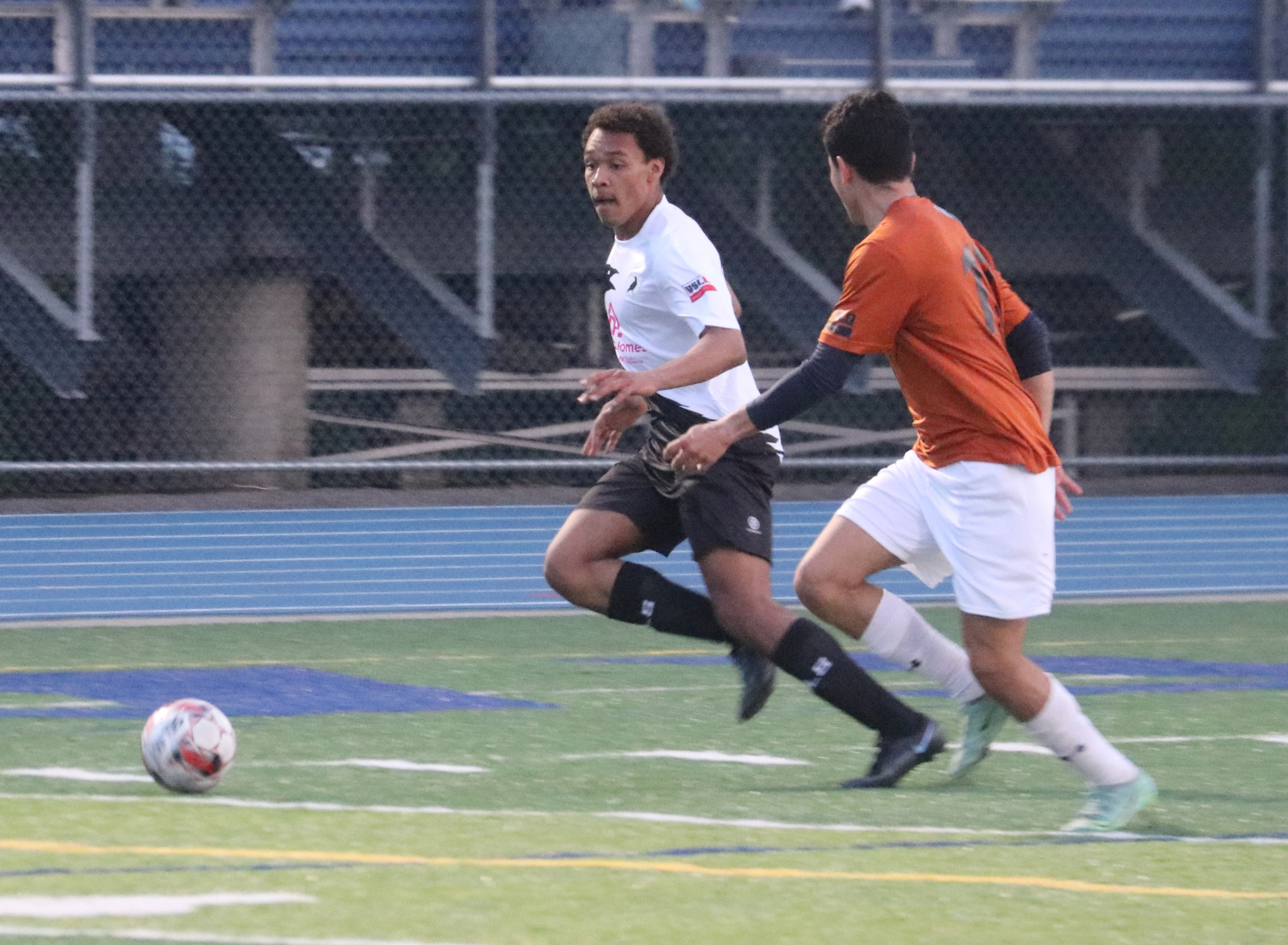 Golden Valley, Minn. – Minneapolis City SC nearly had a remix of their magical stoppage time goal the prior week in their match against Peoria.

Yet it wasn’t to be as Eli Goldman’s late shot was saved by the Peoria keeper Rimi Olatunji in the waning moments, resulting in a 1-0 loss at home to Peoria at McKinley Stadium at Breck in USL League Two play.

The lone goal of the match was scored by Peoria’s The first half goal by Justin Freitas who headed in a corner kick after a long run on a counterattack, a frequent occurrence on the night.

“Credit to Peoria, they got an early goal and anytime you are fighting an uphill battle it is a lot harder,” said VanBenschoten.

The goal was part of a strong possession game by Peoria in the first half as they controlled most of the action and limited the Crows.

As a sign of things to come, the Crows best chances to score came at the end of the first half as Eli Goldman’s shot was deflected by Olatunji in the 44th minute and Goldman set up Herbert Endeley late in the half but the shot went over the goal.

The Crows continued to fight in the second half but didn’t manage to connect, frequently fighting against the Peoria defense and playing it wide.

In the 50th minute, Wes Lorrens played the ball into Herbert Endeley who got it to Goldman, but didn’t quite get the solid strike as Olatunji made the save.

Shortly after, Mpls. City SC goalkeeper Martin Sanchez executed a stellar save on a counterattack by Justin Freitas in the 54th minute and another in the 60th minute.

““It was awesome,” said VanBenschoten of his keeper’s efforts. “That’s why we went out and wanted to be a part of this. He saves two point blank breakaways and for us that’s huge… Full credit to him, he kept us in it.”

Among other substitutions, Zach Susee and Loic Mesanvi both provided a spark in the attack for the Crows late in the final 20 minutes but they did not connect and finish on several free kick and corner opportunities for the equalizer.

“We kept Herbert (Endeley) in and put Zach Susee, who is obviously very talented with the ball out wide and Loic up top who has some fantastic performances for us,” said VanBenschoten. “They were dangerous and created some opportunities and we just couldn’t get on the end of it.”

Next Up, Minneapolis City SC (0-2-1) will seek their first win of the season in USL2 action at St. Croix at Stillwater High School on Friday, May 27.

“For us individually, as players and coaches, we have to own the fact that we’re good enough, but we have to execute and have not done that,” said VanBenschoten. “We can compete, we’ve shown that… We can’t accept the loss tonight and feel OK about it. No matter how many positives there were, we have to own it and say, ‘this is not good enough, we didn’t get the win so what will we do about it.’”

In NPSL action, Minneapolis City SC (1-1) will next play at Sioux Falls on Saturday, May 21, and at Med City in Rochester on Wednesday, May 25.