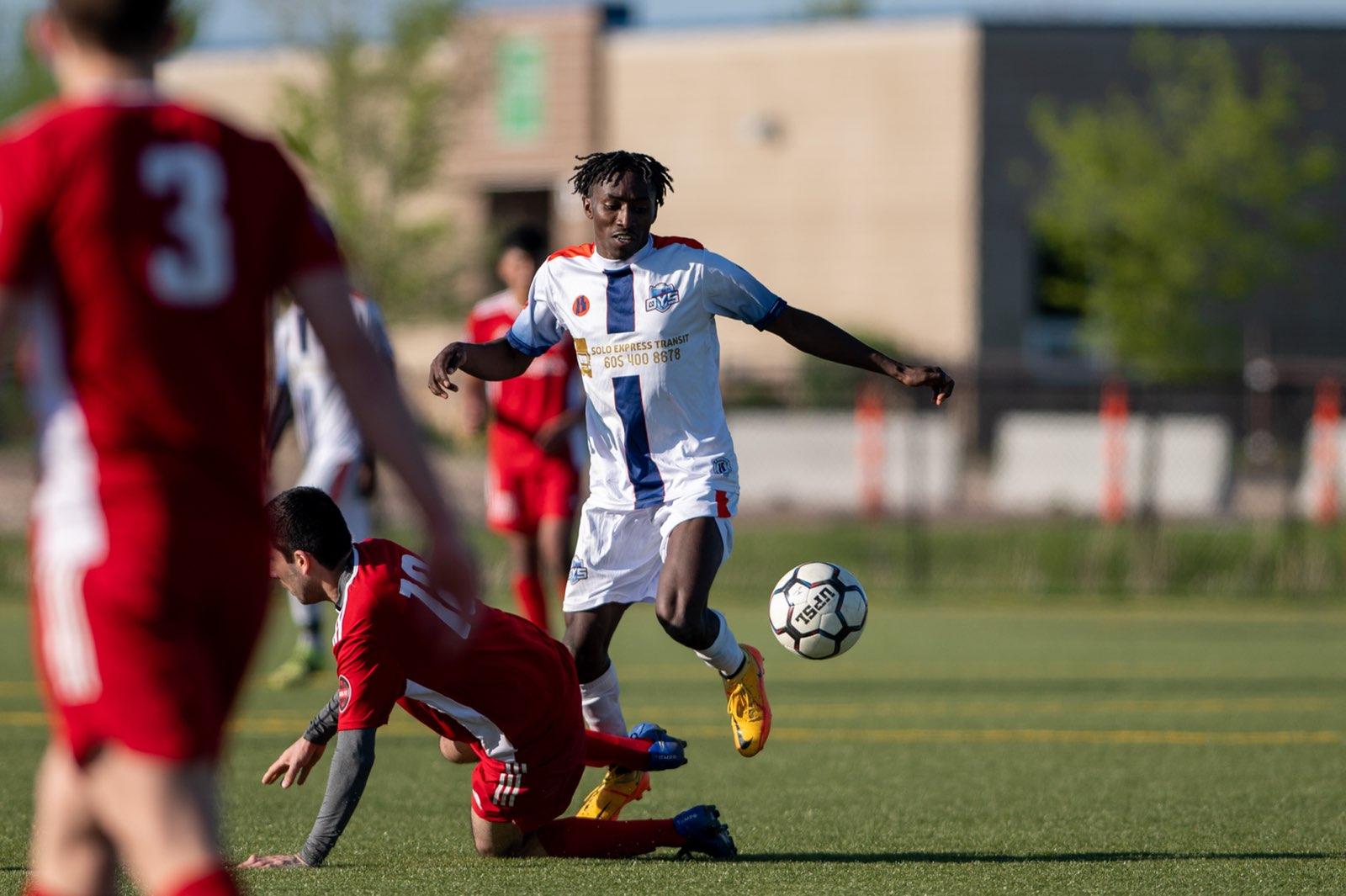 Reigning division champions MinneapolisCity hosted Granite City to continue their campaign for a second consecutive title, having played just one game while Granite City had played four. While the visitors had been burnt 6-3 the weekend prior, the match still provided an expected challenge for City as their single player pool strategy, in this case benefited by their Futures program, continues to take shape.

It’s fair to say that Minneapolis City took advantage of the opportunity at hand, as they went on to beat Granite City 6-0, one of the most dominant scorelines of the season so far.

Loïc Mesanvi continues to be a vital outlet for the Crows, scoring the opening two goals of the night in the fourth and 31st minutes. Mu Thoo would add a third but before Mesanvi completed his hat trick in the 39th minute. But wait, there was more as Mesanvi then scored another in the 50th minute after the restart.

Jonathan Bayer would finish off the match with a late goal to hand City their second win in their second match after a slow start to their schedule. It’s exactly what the side needs to make the statement that they’re ready to defend their title with as much craft and cutthroat determination as ever.

The Brooklyn Knights, fresh off a big 6-3 win over Granite City, hosted a winless Rochester FC in a match up that could provide serious fuel to either’s complicatedly started seasons.

It’s Rochester that would prove triumphant as Ochan handed them an early fourth minute lead. Rochester would add on in the 77th and 83rd minutes as Muse and Mujic, both also with assists on the night, scored their own goals respectively.

It’s a major pressure release for RFC, who know have a win to build from after a tough start. For the Brooklyn Stars, the roller coaster of results continues with little ability to tell where it’ll go next.

Fresh off a major win over Austin Villa, the Dakota Young Stars hosted strugglers Ebusua in a prime opportunity to make it four wins in four games. If they managed it, the Young Stars would make themselves genuine contenders for a title run. Unfortunately, the match was forfeited by Ebusua, meaning the Young Stars got the win but in an uneventful manner. It’s a nice boost for the hosts, but hopefully the last time we see this from Ebusua.

Despite a disappointing loss to DYS, Austin Villa had still started the season quite well and a return home to a struggling Turbo side presented a big chance to get momentum back into the new club.

Austin Villa would indeed return to winning ways on the night as they earned their third clean sheet, multi-goal win of the season in 3-0 fashion. —

It’s a strong return after their first loss and shows Villa are far from over as competitors. If nothing else, no club in Minnesota’s amateur or semi-pro soccer scene should want to play Austin Villa in Austin, MN right now.

Minneapolis City would pile on the UPSL success this week with a 4-0 road win over Rochester FC, started by a first half brace from Kebba Janneh in the fifth and twenty-third minutes. Collin Bryne would add to make it 3-0 at half time.

Mu Thoo would secure the win in style in the seventy seventh minute, continuing a wonderful campaign in the UPSL on his part. The final whistle would bring another three points to City to make it nine points from nine available. The Crows have also not conceded in UPSL play, a major show of quality from the Minneapolis City Futures powered squad.

City have made it clear they’ll be competing for the division this season, with only the likes of Vlora or the Dakota Young Stars, who City have yet to play, appearing as clear competition.

Austin Villa’s great midweek performance would come short when they once again hit the road and found an inform FC Minneapolis, who were guided to victory by two Collin Gentle goals. The City Lions have looked far more themselves since losing in week one to the Young Stars.

A pattern is emerging with Austin Villa, in that they appear to be unbreakable at home but struggle to make much of their chances on the road. That said, they’re in a highly favorable position as a new club and look like quite the opponent on their day. While it’s too early to tell if FC Minneapolis is able to compete with the other high performing sides in 2022, the club is showing they’ll be relevant in the title race.

Turbo earned their first win of the season via a Sam Waylee goal, giving them a platform to build from while Ebusua continue to struggle to get over the line in matches. It’s encouraging to see the visitors get back on the pitch after the midweek forfeit, but it’s clear the club will struggle for points this season.

Goals from Uhunoma Frederick, Shane Marshall, and Jovan Carter guided Vlora to yet another win as the 2019 Midwest-West champs remain unbeaten in UPSL play this season. Four straight wins is enough to show Vlora are in the race against Minneapolis City as both look to earn their second UPSL divisional titles.

Vlora’s deadliest detail continues to be an attack that finds goals no matter what, though it’ll be quite interesting to see what happens when they play a Minneapolis City side that’s yet to concede. Their first showdown is this Wednesday, the 25th, by the way. Points against the Crows could be the key to a title win.

The Young Stars encountered the first real blow to their title campaign as they drew Maplebrook 2-2, with the visitors taking an early 1-0 lead that would last them into half time.

Goals in the 56th and 67th minutes, however, would send the Dakota Young Stars roaring back into play. The South Dakotans have been deadly upfront all season and showed plenty of that against Maplebrook.

The celebrations would be cut short, however, by late drama. The DYS keeper would be red carded for handling the ball outside of the box, leading to a set piece which Maplebrook scored off of to make it 2-2. All in all, the Young Stars are having a wonderful season, keeping themselves within reach of the top. However, with City and Vlora going perfect week in week out, this result is a blow to their campaign.