Robin Lod is Officially MNUFC’s top-choice striker… What does that mean? 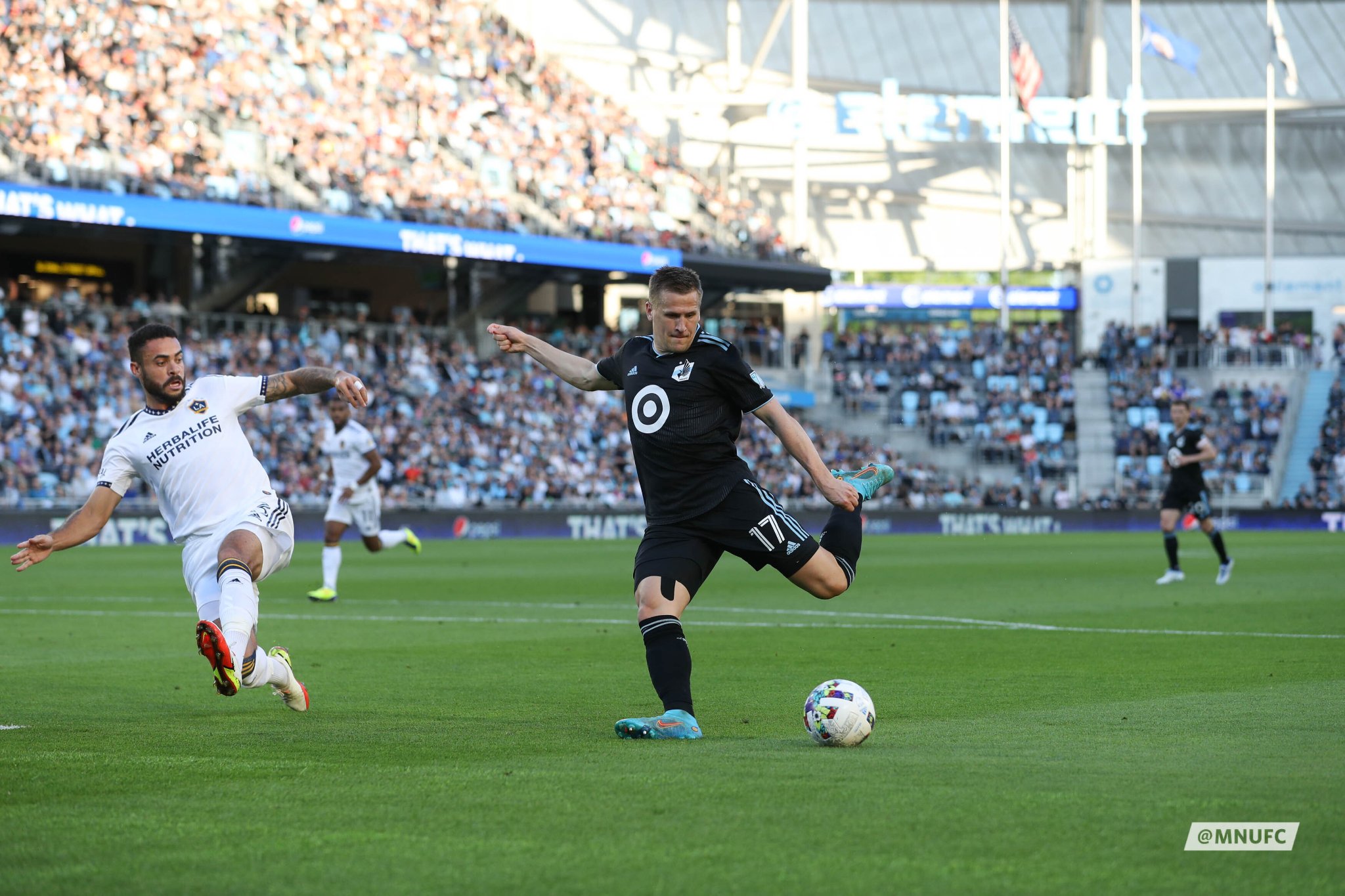 The Finnish international has now scored in three straight games for Minnesota lined up at the 9 position. In total, he’s scored six goals and has added an assist through 13 matches this season while finding himself in the starting XI. Meanwhile, the Loons pairing of DP strikers have found themselves riding the bench with limited substitute minutes.

Paraguayan Luis Amarilla and Frenchman Adrien Hunou have combined for a total of two goals for the Loons this season, despite both forwards being brought in to, respectively, score goals. Hunou has found the back of the net once playing for MNUFC2 in MLS NEXT Pro, while adding another in the U.S. Open Cup while Amarilla has not found the back of the net since week four.

Hunou is the Loons highest-paid player on the roster, with a guaranteed compensation of $2,687,702.00 while Amarilla is guaranteed $785,000 (per year). The two take up two of the possible three Designated Player spots for Minnesota – slots saved for players who are dubbed to be “elite” and take up higher-salary costs.

Yet, they find themselves on the bench. Meanwhile, Lod – who has primarily started as the Loons right-winger during his tenure here – has transitioned to a forward role and is flourishing.

What does it mean? Why is this happening? What’s going on with Hunou and Amarilla?

All valid questions, with no clear answers, honestly.

Lod’s tireless workrates and desire to excel are clear as can be, when speaking to him. He has a standard to meet and if that standard isn’t met, he dubs it a personal loss internally. There is a clear bar that is being met within his head, when he takes the pitch.

Three straight games with a goal has him flying high – he’s the most in-form attacker on the Loons roster. His latest goal, the opener in a 2-1 win over FC Dallas, was number 22 overall in league play as a Loon – breaking the previous record held by the trio of Kevin Molino, Christian Ramirez and Darwin Quintero.

Head coach Adrian Heath was thrilled for Lod after the game, praising the Loons new No. 9 for the work he’s put in wearing their crest.

“Yeah, I’m pleased for him. He’s a quality player, quality man, great professional. No matter what I say to him, ‘play wide left, wide right, number ten, up front’, and we’ve had him in the number six position, the number eight position a few times and he’s done terrific. He’s been a terrific pick up for us. I couldn’t thank him enough for what he has done for us all.”

However, again, Amarilla was brought off the bench for Minnesota with no impact. Hunou didn’t make an appearance. It’s troubling for Minnesota, from both a scouting and financial perspective, that the goalscorers they bring to the club aren’t doing what they’re brought in to do. Lod’s form may be temporary, or it could be the start of something new – but a lack of goals from the supporting cast is troublesome.

The Loons have five rostered players with 1 goal this season, two with 2 goals in Amarilla and Emanuel Reynoso and then there’s Lod with 6. Of the five with 1 goal, only one of them is an attacking player in Abu Danladi. Attackers Adrien Hunou, Bongokuhle Hlongwane and Franco Fragapane have yet to find the back of the net this season – the lack of goals is not sustainable in terms of relying strictly on Lod to carry the attack. It’s truly troubling to watch the trend develop.

There’s blame to go around for the drought, too. There’s an expectation that a player like Reynoso should be contributing more, while Fragapane has yet to show his best this season. Meanwhile, a young performer like Hlongwane has shown glimpses, but his finishing and final-third awareness needs work.

Then – again – there’s Hunou and Amarilla. It’s baffling how neither can perform at the level that is expected of them, but it’s possible that they’re just not a good fit in Heath’s system, too. Hunou was brought in after playing in a two-striker formation his entire professional career; he’d never played as a solo striker when he was brought to Minnesota… which is how Heath lines up on the pitch. Amarilla meanwhile, just doesn’t look up to speed when out on the pitch. Positioning, awareness… it’s as if he doesn’t mesh well with the tempo of the league and/or those around him. It’s properly confusing, because the club and its supporters are aware that he can score and compete in MLS (look at his loan spell to the club in 2019/20).

The state of Minnesota’s attack is worrying – even if they find themselves in decent form at the moment. It’s time for the Loons big players to step up and arrive in Major League Soccer.