Was that a gegenpress? Tactical takeaways from Minnesota Aurora’s debut game plan 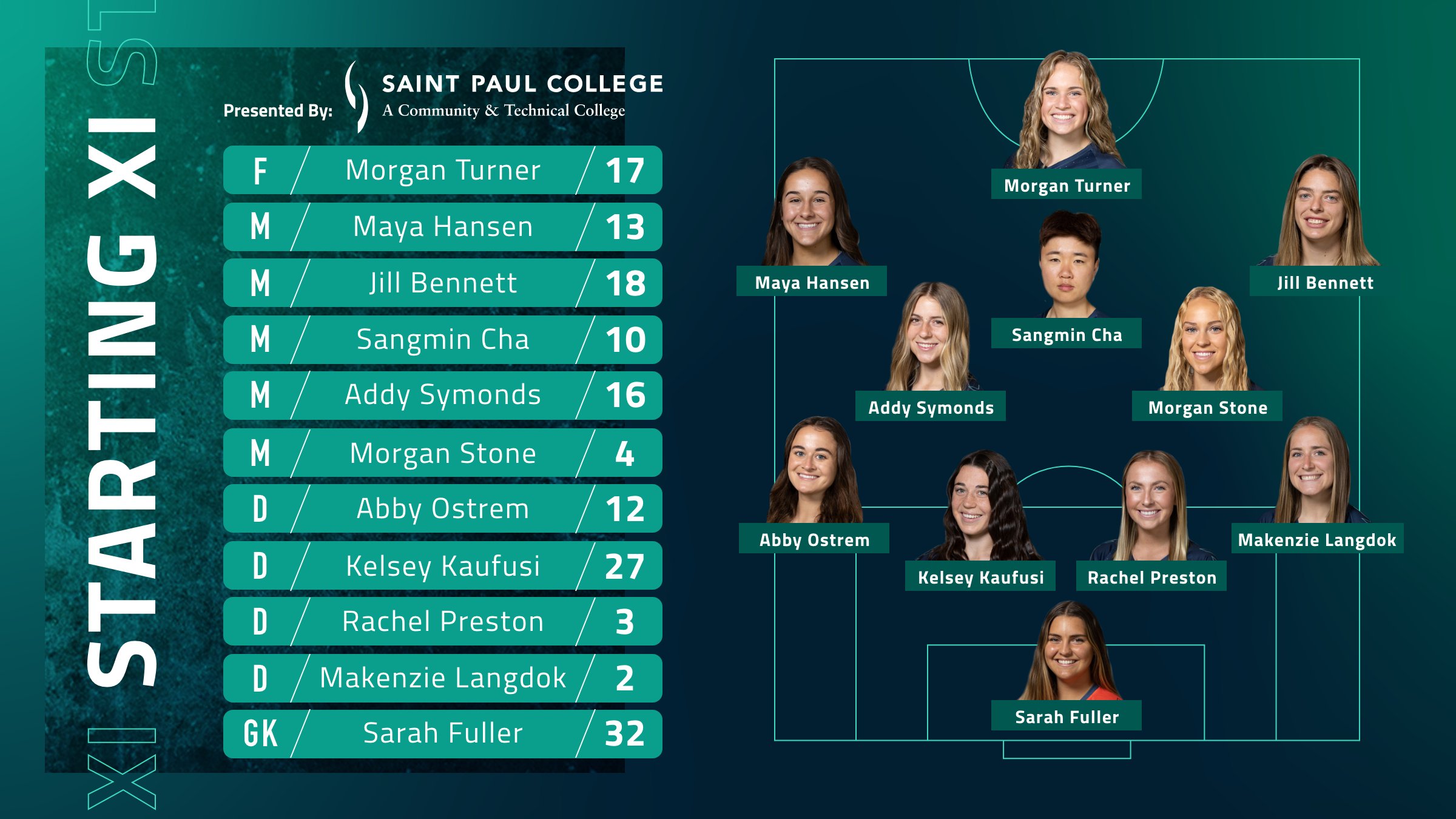 And just like that, Minnesota Aurora FC is an on-field product.

The club had impressed from a branding perspective — and its fanbase certainly showed out — but little was known about how Minnesota’s new women’s soccer team would actually, like, play soccer.

That’s the focus of this column. Much will be (deservedly) written about what this means for the state’s soccer community and sports scene. But hey, there’s soccer to talk about, too.

I’ll break down my three takeaways from Aurora’s 1-1 draw with Green Bay Glory here, with an asterisk: We don’t really have stats from the game, so a lot of this is one-game small sample size eye test stuff. Take it with the necessary grain of salt.

We don’t know what both teams’ pass completion rates were in this match, but my guess is that they were not particularly impressive.

That was probably to be expected. TCO Stadium is a football turf surface, which might not be what either side trains on. Regardless, it looked like an extremely fast surface for ground passes.

These players have hardly trained with each other, either. Chemistry-related timing is yet to come.

Perhaps Aurora manager Nicole Lukic anticipated that. Her team adopted a fairly gegenpress-esque (there’s a mouthful) approach to the game, consistently winning the ball after a misplayed pass. Green Bay had very few clean interceptions, almost always having to do so under pressure from the original Minnesota passing target.

That led to Aurora winning the ball decently high up the pitch and facing a less-prepared defense after the takeaway.

And Minnesota got plenty of interceptions of its own. Morgan Stone, playing as a defensive midfielder, must have picked off more passes than the number on her jersey — maybe even in just the second half.

Though Green Bay equalized late, it never gained much control of the game down the stretch. Efforts to play lengthy passes through the middle of the field were consistently stopped by what we’ll happily call the Stone wall.

Waitin’ for an Eight?

Watching on the broadcast — which I found beautifully accessible via Pluto TV from my Washington, D.C. residence — it was hard to pin down Aurora’s exact formation.

My thought is that it was a 4-3-2-1 in attack, with a front two appearing sometimes in defense. The key part of the system is the No. 8, or box-to-box central midfielder.

As previously established, a duo of defensive midfielders held things down. But that puts six of the 10 field players largely on defensive duty (though fullbacks were aggressive), meaning more of a burden falls on the 8, attacking midfielders and striker.

Minnesota also looked to play wide with a lot of consistency, regularly distributing early to fullbacks and looking to flow into the offense from there. Going wide early, though, can lead to dead ends: It’s easier to defend a player when they can’t move to one side without going out of bounds, and the Glory was willing to trap on the touchline with two defenders.

That forced Aurora’s wide players to try to force something up the wing, play back to safety or dibble in. Those are all things that will and do happen, but one notable option felt generally absent: passing to a central midfielder to open width back up.

Take a look at the top clip as an OK example of the concept:

Aurora win the ball back here because of that pressure after losing the ball, but ideally, there would be more of a presence in the central midfield. It fluctuated throughout the game, but could be a spot of adjustment as this team continues to develop.

If there’s one advantage Aurora enjoyed over Green Bay, it was speed.

Striker Morgan Turner is quick and willing to try and run onto long balls behind the defensive line. Maya Hansen quieted down as the game went on — fatigue is probably a factor for these players who are getting back into the grind of a season — but brought energy on and off the ball early.

Hansen and fellow attacking midfielder Sangmin Cha have the sauce, too. Just look at what that combo can do in the bottom clip:

It’s going to be fun to watch as the chemistry between those two furthers.

What this could signify, though, is a potential gameplan option for Aurora: Get out in transition, run and rely on attacking combos to do their thing in smaller-number situations.

Aurora seemed more eager to possess the ball patiently, though. That’s not necessarily a bad thing — while up 1-0, it allowed them to control the game and keep Green Bay from simply launching attack after attack. But it does take away some of the potency of what Minnesota could do in a three-on-three transition-type situation.

What I’ll be watching for

With all of this in mind, I’ll walk you through what I’m watching for in future Aurora games. Some of it might have been a one-match situation, some of it might become a season-long arc of development. And some of it I completely missed. So it goes.

We’ll get answers to all of that, no doubt, in the coming weeks. I’m looking forward to watching and talking Aurora with all of you.

3 thoughts on “Was that a gegenpress? Tactical takeaways from Minnesota Aurora’s debut game plan”