Minnesota United Stat Break: Dayne’s in, dribbles are out 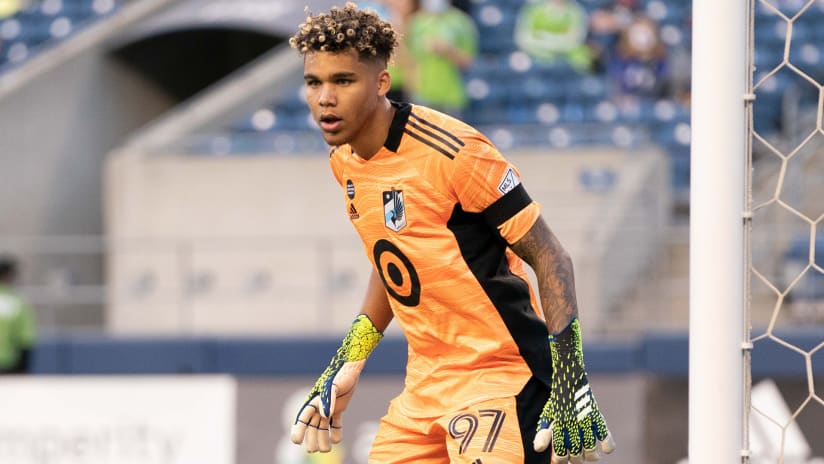 Perhaps you’re celebrating a break from school or a break in which you can watch various countries prepare their national teams for the winter World Cup. Or maybe you’re enjoying a break from watching a downward trending Minnesota United play soccer.

(Regardless of how many of those boxes you check, we won’t judge.)

Because we’ve got a nice little break on our hands, there is no better thing to do than revisit the 14 matches that the Loons have played from a statistical perspective. Numbers don’t tell the whole story, but they do tell a story — and that’s enough to get us through the break.

Matt Doyle, who analyzes the league for its content arm, has pointed out St. Clair as a runaway favorite for MLS’ top goalkeeping honor while suggesting the Canadian deserves some mention in the MVP race, too.

The numbers back this up. St. Clair has “added” 5.84 goals to this Minnesota team through his play, the most of any ‘keeper in the league, according to American Soccer Analysis. As expected, the vast majority of that has come from shotstopping actions, or saves.

He’s conceded only 71% of the goals that he would be expected to, ASA has determined, which is tied for the best proportion in the league.

If you want to see that does for a team: The Loons’ opponents have generated 21.82 expected goals, the 5th most in the league. And yet they’ve only scored 14, giving United the 4th stingiest defense.

(One notable area where he remains middle of the pack is distribution. For every 100 passes he takes, he misses the target on about three more than expected, according to ASA’s model. That shakes out to a little less than one per game.)

I have waxed poetic about the dribbling ability of Minnesota in the past, but it seems that habit has caught up with the Loons.

Attacking midfielder Emanuel Reynoso still has completed the most successful dribbles and dribbled past the most players in the league, but he’s fallen in the nutmeg rankings to be tied for fourth.

ASA’a goals-added metric suggests Reynoso’s dribbling has been a slight detriment to Minnesota, racking up a -0.11 tally so far. Robin Lod’s the fourth-costliest player in the dribbling market with -0.7.

What does that mean? A number of things, probably, but one of them perhaps being that the Loons are perhaps over-relying on dribbling as a way to advance the ball. While dribbling through open space remains the most effective way to get the ball up the pitch, an opposing team catching on to the trend can make it… less effective.

Minnesota has, so far, been one of the not-so-great teams when it comes to passing the ball. Collectively completing 77.5% of their passes means only six teams do so at a worse rate than the Loons.

This is a horrific oversimplification of how soccer works, but maybe a general idea would be to dribble less and pass more. Or tell El Rey to nutmeg dudes more frequently — whatever works.

That’s probably a jinx, which means it’s time to be done. Stay safe in the world and reasonable on the internet.

Oh, and subscribe to SotaSoccer’s Patreon for even more sweet content on the Loons, Aurora and lots of local soccer.