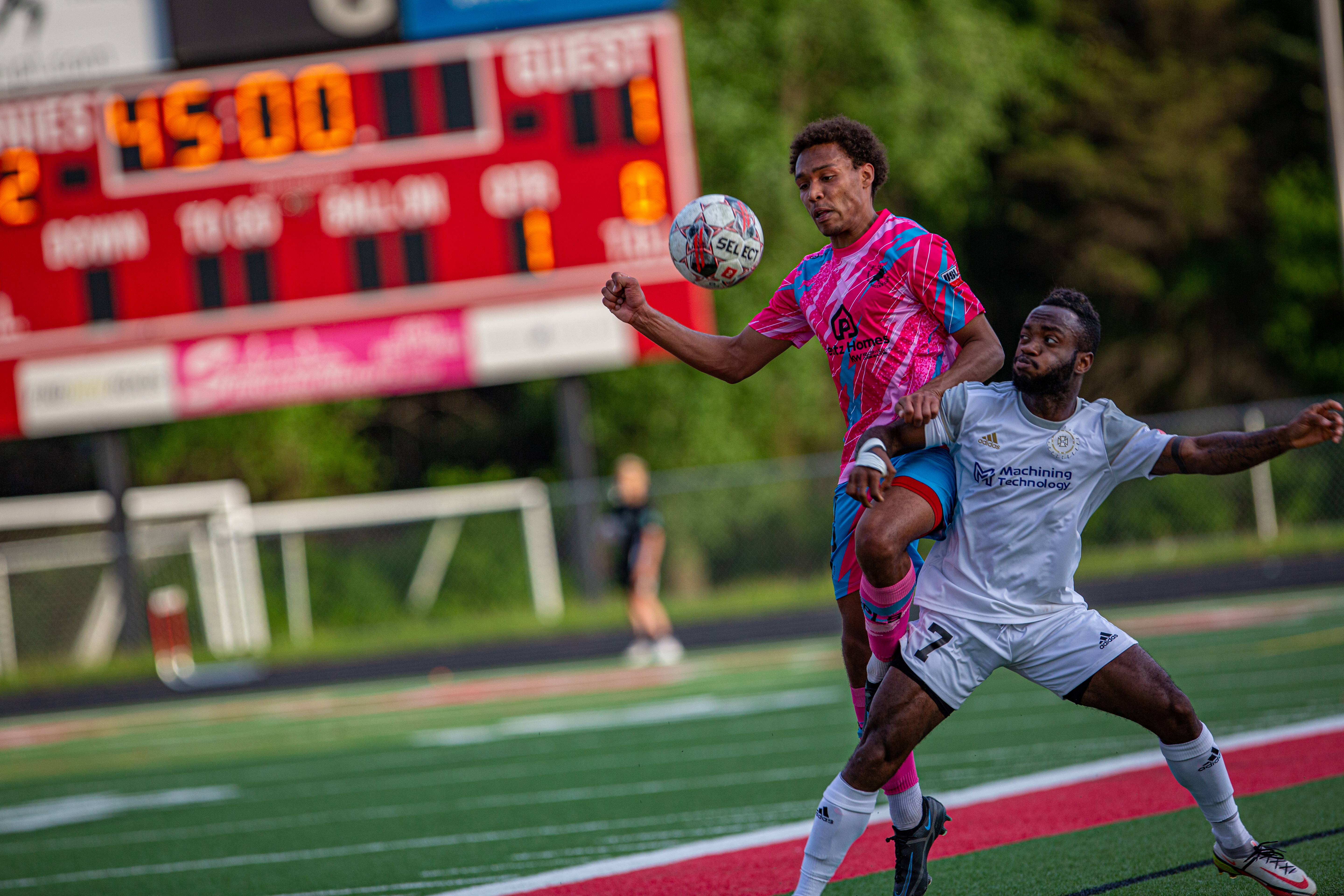 “Not gonna lie, I’m a little bit disappointed. I wanted like, maybe, of course three points. When we made a start like that, it was like two early goals.”

St. Croix Legends captain Victor Gaulmin didn’t sound like a man happy to have earned a point in their rematch with Twin Cities rival Minneapolis City, and it’s easy to see why. When you put together a goal within the first minute of play from Telvin Vah (a powerful turn and finish), another from Dylan Olson (a ridiculous solo effort that found him cutting inside by his mark and slotting home just past Martin Sanchez’s outstretched hands), and defensive play that would’ve put the entire league on notice, three points from the match seemed like a no-brainer for the Legends.

Unfortunately for them, there’s never any guarantees when it comes to soccer.

Thirteen minutes into the game, St. Croix was leading 1-0 and Minneapolis City couldn’t buy a shot (let alone a shot on goal), when starting center back Ethan Anderson shielded a ball from a City attacker for nearly 20 yards, safely ushering it over the line for a goal kick.

It was an incredibly powerful defensive moment for Anderson, but it didn’t come without cost. Moments later he was crouched on the pitch, struggling to keep his lunch down from the force of what he just put himself through. However, he soldiered on, seemingly not caring about the abuse his body just went through, and entirely ready to go through it again. He even managed to stop a City break in the 17th minute with a necessary foul.

But despite a powerful body and a steely resolve to go with it, Anderson would have to be subbed off in the 31st minute, the first of three injuries that would plague the Legends in the first half.

The second substitution occurred only minutes later, with starting goalkeeper Wesley Sanders landing awkwardly in the 36th minute and being replaced by Austin Williams.

Right away, it didn’t seem like it was going to matter. Stuart Sain picked up right where Anderson left off, winning challenge after challenge on the back line, the Crows weren’t putting any shots close enough to Williams for him to get involved in the game, and Dylan Olson managed to double the lead for the Legends in the 39th minute of the game.

And then the final injury happened.

Jared Hecht, the Legends’ other starting center back, was tracking the run of City’s Loic Mesanvi in the 45th minute when he pulled up short, limping and holding his hamstring.

Having already made two first-half substitutions and not wanting to use their final substitution window in the first-half, Hecht came off and was not replaced. The Legends would be playing stoppage time down a man.

It didn’t take long for Minneapolis City to take advantage of their extra man. Mesanvi was the first to score for City, picking up a loose ball in the box and putting it just by Williams, and only a few minutes after Eli Goldman also picked up his first of the day.

The game finally limped into the half all knotted up 2-2, and Head Coach Casey Holm knew he had to do something.

“I mean, we were already rolling two center defensive midfielders at outside back and so we essentialy just subbed in our only center back that was left and then put our last center defensive midfielder [Victor Gaulmin] in at center back and just, uh, put the subs on at halftime to, we knew that we were super deep so we knew that like our bench was gonna change the game for us… We essentially just, at halftime, just sold out and went for it.”

Holm made four substitutions at the half, bringing on Brian Vang, Drew Collins, Kobby Owu, and Sofian Maghouz for Owen Johnson, Nicholas Zuchowski, Sam Just, and the injured Hecht. However, none of them were able to make an instant impact and right the ship.

In the 54th minute Minneapolis City took their first lead of the game. Aidan O’Driscoll switched the ball to the right side, finding a streaking Wes Lorrens who put in a first-time cross that found Mesanvi for his second goal of the game. Mesanvi would then go on to find what he thought would be his hat-trick goal when he caught Austin Williams in no man’s land between him and the net. Unfortunately for Mesanvi, his chipped shot hit the bottom of the crossbar and bounced just shy of clearing the goal.

The rest of the second half went by surprisingly quietly. Yellow cards were given out to Brian Vang and Mesanvi in the 66th and 69th minutes respectively, Vang stopping a City counter-attack and Mesanvi committing an off-ball foul that had all eighteen St. Croix players and their coaches calling for red card rather than a yellow.

St. Croix then made their final change in the 76th minute, bringing on Casey McCloskey for the goal scorer, Dylan Olson. With that substitution, the Legends had used every single player available to them on the bench. But they managed to bring something else on alongside McCloskey, a burst of energy.

McCloskey made an instant impact on the field, getting on the end of runs and revitalizing St. Croix’s faltering attack. To put it simply:

77th minute: Continued pressure from a newly energized St. Croix attack allows Gaulmin to intercept a poorly cleared pass, find Spencer Enright, who in turn finds Maghouz, who launches a powerful shot that finds the hand of a Minneapolis player in the penalty area.

78th minute: Gaulmin steps up and slots it home.

Under normal circumstances, Gaulmin wouldn’t have even been on the back line to win the ball that lead to his equalizing penalty.

The rest of the game passed by rather quietly. The only moment of note was a free kick in the 89th minute that required a diving save from Williams for St. Croix to earn another point against Minneapolis City.

With everything that went against them, it was a miracle that St. Croix was able to snatch a point away from City. This match was a major statement from the Legends.