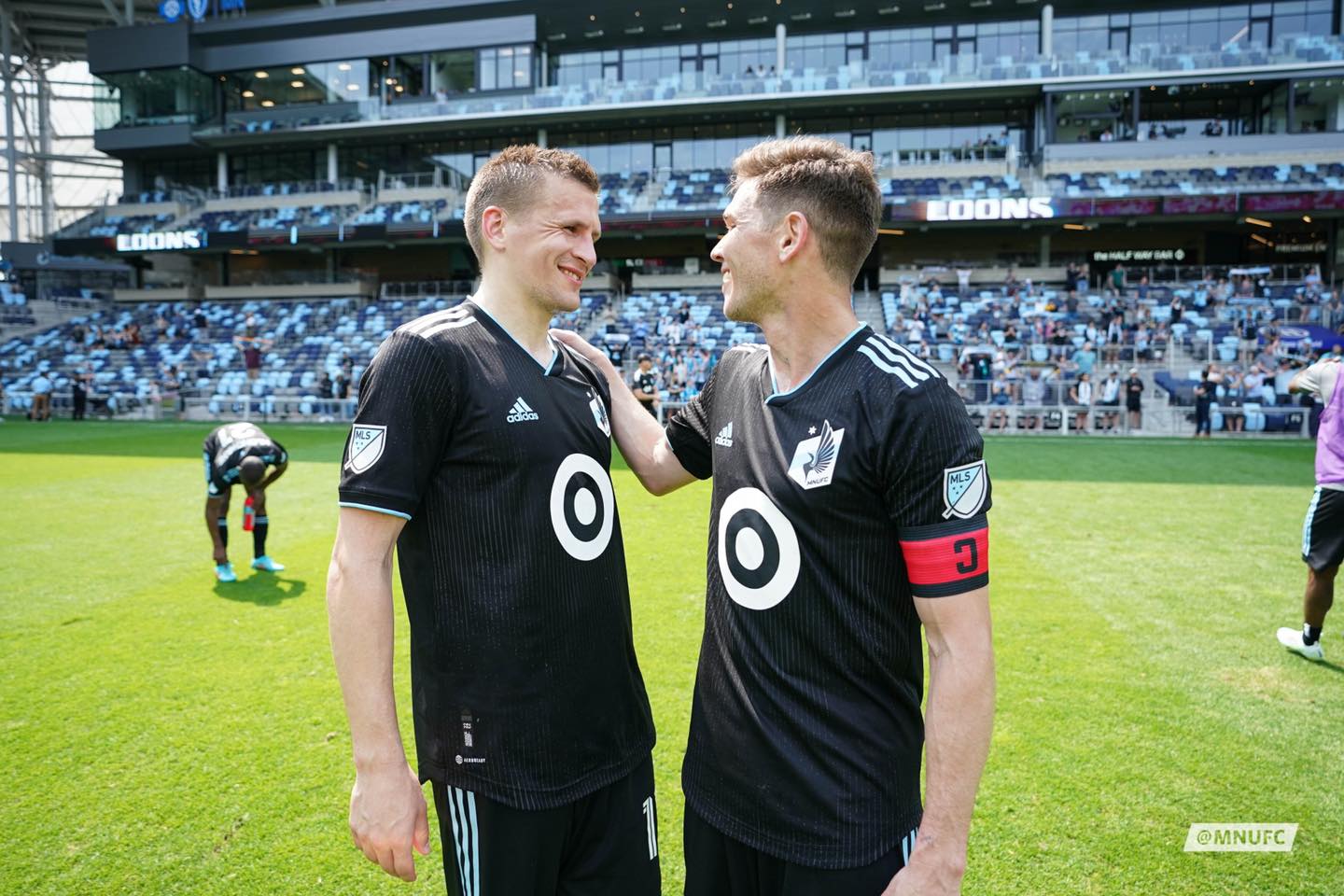 The FIFA International window wraps up this week and MNUFC has a matchweek for the first time since they fell 1-0 to NYCFC on May 28th at Allianz Field.

It was an International break that could not have arrived at a better time for Adrian Heath’s squad.

Prior to the break, it felt as though the Loons were about to crack following disappointment after disappointment in both the Lamar Hunt U.S. Open Cup and league play.

Now, refreshed and rejuvenated as a squad, the Loons are ready to take the next steps forward in their 2022 season. The break has seen the likes of Robin Lod, Michael Boxall, Bongokuhle Hlongwane and Dayne St. Clair leave to represent their nations, while those staying with their clubs were given time to rest.

Loons head coach Adrian Heath said that “for different players, it’s been very very valuable,” mentioning that some worked on getting extra touches in training, some relaxed and rejuvenated their bodies while others continued to train harder than they have this season.

However, the overarching theme was giving the squad a mental break.

“More mentally than physically,” Heath said, describing why the break for his squad was needed. “The last few weeks were a little bit tough for us mentally. Especially playing at home and losing the games that we did.”

MNUFC’s home record in 2022 has not lived up to the standards of their gaffer, or captain Wil Trapp, as the Loons sit 3-2-3 at Allianz Field this season. Heath and Trapp fell on the same page in terms of the squad needing a break, though, describing the time as a period to “recharge the batteries.”

“I think the days off are great, guys going back home and seeing family that they haven’t been able to see. For myself. Just spend time here with the family as well,” Trapp said. The midfielder added that the training sessions have been “great” and that the squad is “well rested and ready to step into this next part of the season.”

As the next step of the 2022 campaign arrives, the Loons are set for three-straight road matches during the Month of June before the return home to host Real Salt Lake on July 3rd.

Heath is ready to embrace the challenge though, and is willing to change and adapt to get his squad’s season back on track.

“Well, I think obviously, we have to look at the minutes and the load that a lot of the players are taking… we’ve toyed with the idea of maybe changing the shape a little bit on the road.”

Heath added that they have had some impressive away results this season, name-dropping road wins against FC Dallas and the New York Red Bulls, mentioning that the squad doesn’t fear the three-week road trip.

“It’s going to be a tough, tough stretch going to the Revs – last year’s Supporter’s Shield winners, We’ve got Miami (Inter Miami) who are on a little bit of a roll and then we go to the Galaxy. So it’s a tough little stretch coming up for us. And we’re going to need everybody fit now and playing well.”

The Loons will embark on the next part of their season when their road trip begins against the New England Revolution on Sunday, June 19th.