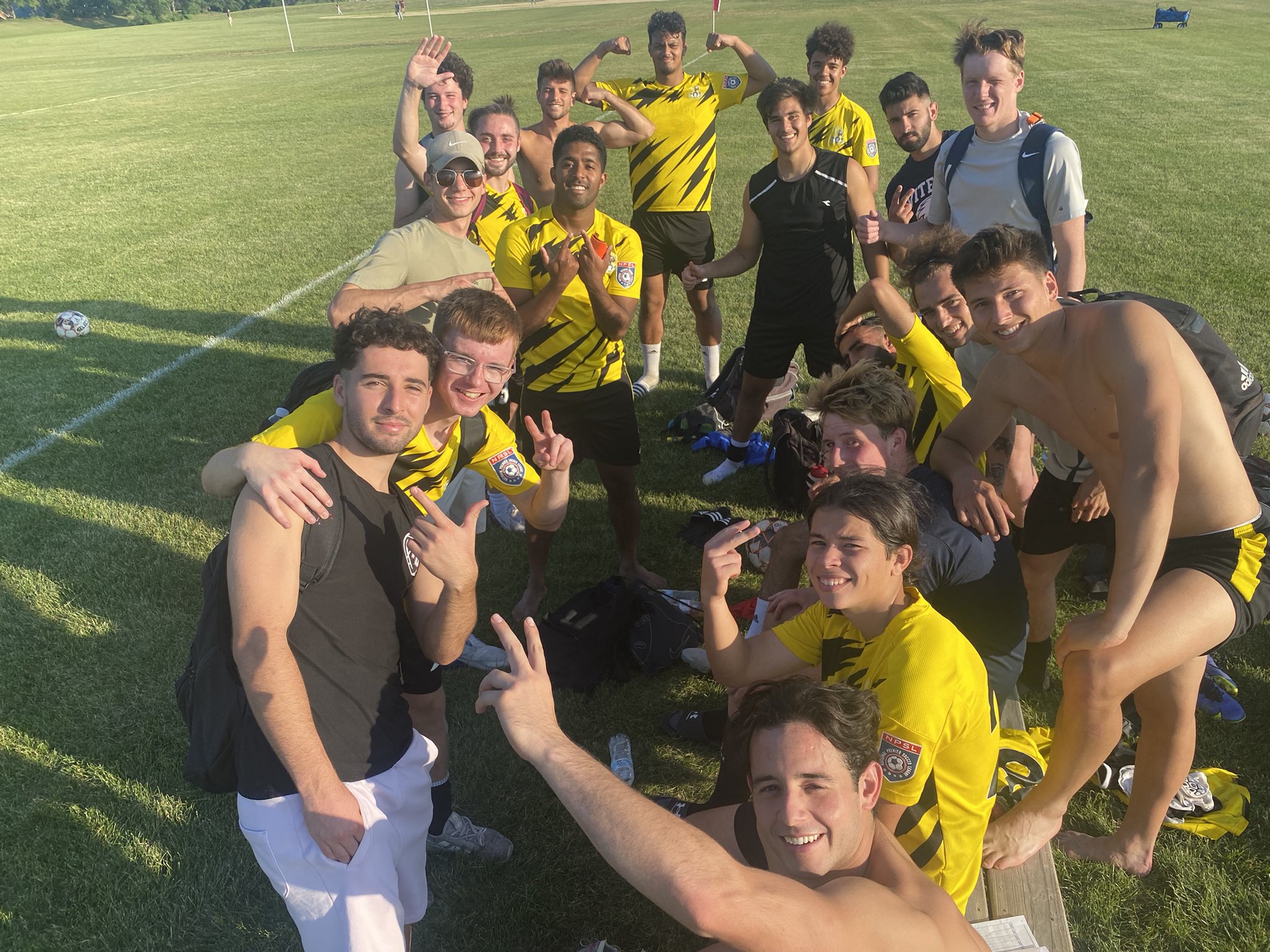 While Aris have continued to struggle this season, matches like this midweek face off against Sioux Falls have proven their best chances at results. They, of course, have earned six points against Joy Athletic, who find themselves below the Thunder on the table, this season. Aris also missed out on a big road point mere weeks ago, having lost 3-2 to Sioux Falls. The Thunder, however, arrive in La Crosse in a strong run of form, some of their best in conference history.

It would prove an absolutely historic night for La Crosse Aris, who earned a third win in an NPSL season for the first time ever, even including their years in the league prior to the formation of the NPSL North. It would start with an early goal from Diego Arenal, who’s often been the team’s life line through their matches this season.

1-0 at half time, Sioux Falls would answer minutes into the second half to make it 1-1, but Aris wasn’t done yet. An 85th minute goal from Callum Smith would return the lead to the hosts, who would survive several minutes down a man via a red card to earn a 2-1 win that sees them hold nine points this season and end the week second to bottom, not bottom, of the NPSL North table on goal differential.

Having earned six points from two wins in 2019, and five points from a win and two draws in 2011 and 2013, this is a huge accomplishment fot the club. This is a group that can win games, simple as that. Now the question is whether the issues off the pitch can cease long enough for them to get the full season they deserve, instead of only playing twelve of their fourteen matches.

Following their monumental win at Med City, Duluth stayed on the road looking to find yet another victory against the Dakota Fusion, who they beat 3-1 earlier in the season. The Fusion, still in pursuit of a third place finish that could see them at the very least out-do three time conference champions Minneapolis City, still have plenty to play for. Duluth, however, has a title on the line. A win here would see Duluth go top of the table on total points, instead of just on points per game.

It would prove a great night for the Dakota Fusion, who continue to be one of the year’s most improved sides from 2021. The opening goal would come in the 16th minute as Tre Bonaparte dribbled into the left edge of the six yard box, forcing Jessie Juarez to make a challenge, which then tapped the ball into his own net.

Bonaparte would get a goal truly of his own twenty minutes later, getting on the end of a diagonal pass in the box following a bad turn over and tapping in the Fusion’s second of the night. Duluth captain Jake Starling would give the BlueGreens an early life line just before half time, heading in a goal off of a corner kick.

Duluth would press the Fusion relentlessly for the next 45 minutes, but Jamie Colvill, who plays his ball at Ashland, Wisconsin’s Northland College, would always find a way to get in front of the ball, guiding his defense through the storm. Along the way, the Fusion would hit again on the counter attack to make it 3-1 via Shoki Yoshida. Duluth would cycle in a row of substitutes but no more goals would come for the visitors, preventing them from taking first in the conference on the night.

It’s a massive result for Sam Winning’s men. The former Duluth FC goalkeeper has yet again taken all three points against one of the league’s usual powerhouses, this time his former team. The Fusion are now just one point behind Minneapolis City, who they still have to play at home.

A Chance to Catch Up

With the NPSL North’s eight teams now even with eleven matches played, and no matches this coming weekend, now is a perfect time to revisit quite how things stand on the table. Med City and Duluth FC will be in the NPSL regional playoffs, that’s locked in now. Minneapolis City are eleven points behind in third, with only nine left to be earned.

Duluth’s loss to the Fusion mean they sit one point behind Med City, with more goals scored and better goal differential as potentially relevant tie breakers. The two sides will play one another one more time on July 9th, both playing one match before that. Duluth will host Aris, while Med City will travel to the TwinStars.

If both sides win their next match, then Duluth will need at least a draw against Med City at home to stay in the race, though only a win will put them in the driver’s seat. That hypothetical draw would mean that the title would be decided on the final match day’s of the season, with Med City still one point ahead and having to at least better Duluth’s result, or just win, to clinch the title.

If Med City were to beat Duluth in Duluth, it would be over. Med City would have a four point lead with 3 up for grabs and would win their first ever North conference title. So, both clubs must make sure to get the job done next week to set up an all or nothing face off. If either drops points on July 6th instead, we may see the stakes adjust again.