Med City Get One Hand on NPSL North Conference Title 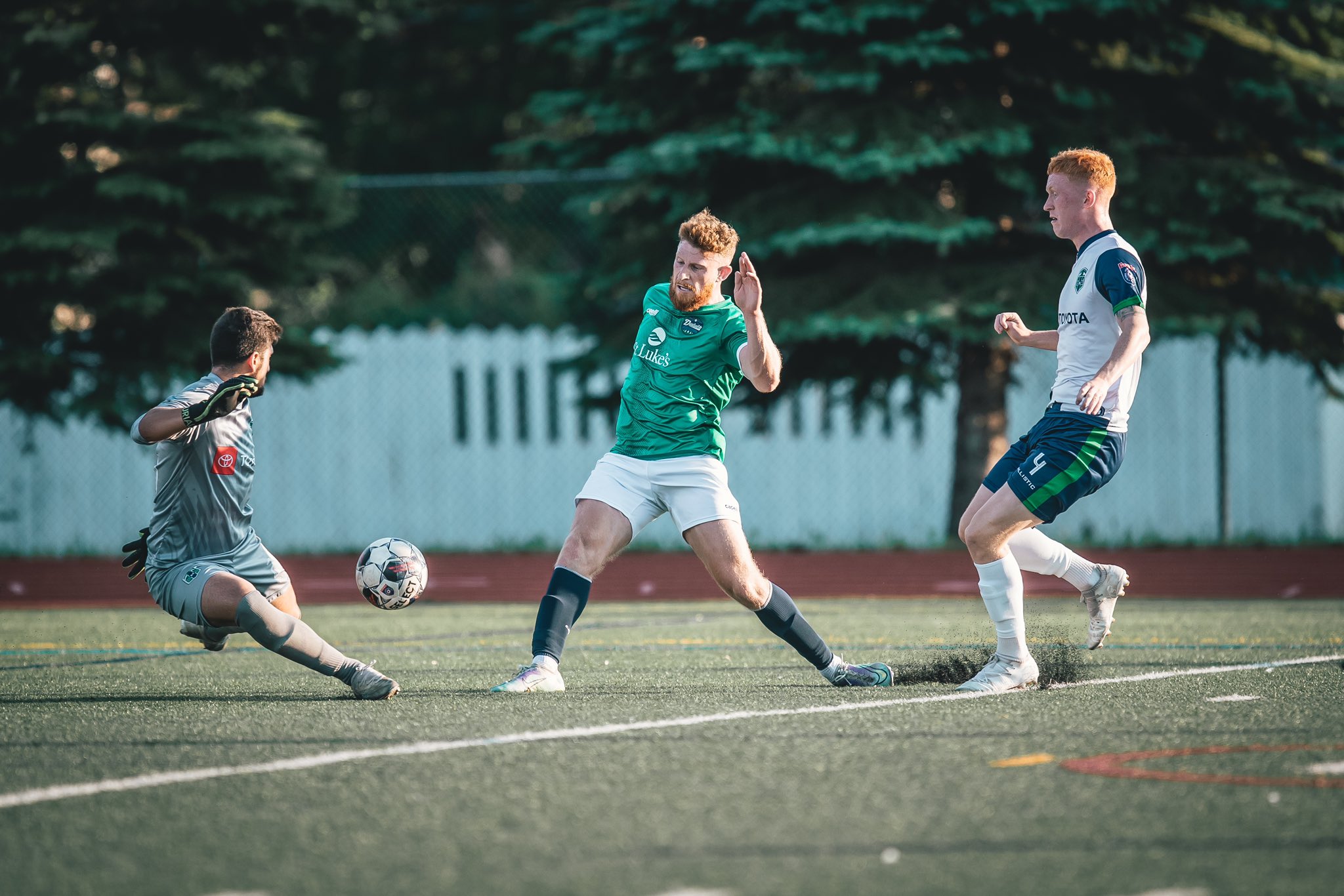 Duluth returned home after a tough loss to the Dakota Fusion knowing that they absolutely must win against Aris, a side they’ve never dropped points against. If the BlueGreens want to win the title this season, they essentially have to maintain a perfect record in these last three matches. If they got the job done against Aris, they’d at least have the chance to hope Med City would mess things up against the TwinStars.

It would prove a more difficult process than usual as Duluth searched for a win against Aris. The BlueGreens proved wasteful in the opening half an hour, and Aris were able to create opportunities off of pressure on the backline, though they rarely challenged Duluth’s goalkeeper. The BlueGreens would finally find the key just before half time, with a pair of goals from Felipe Oliveira and Felipe Arteaga making it 2-0 at half time.

The second half would show much of the same, with Duluth knocking on the door but only finding one more goal via a short range finish from Sam Thornton to make it 3-0 and a last minute blast from Paul Bobai to make it 4-0. Duluth looked the better side but Aris managed to irritate their usually electric front line. In the end, Duluth got the job done and kept their title hopes well and alive going into that rematch with Med City on the 9th.

Note: This match was meant to be played in La Crosse, but Aris offered to allow Duluth to host it after the original match between the two in Duluth was forfeited due to Aris being unable to travel. The negotiation allowed Duluth to get their season ticket holders the match day experience they’d paid for.

In a rematch of the early season surprise which saw the Dakota Fusion beat Minneapolis City 2-1 on the road, the Fusion took their turn in hosting. The match comes amid a strong season for the Dakota Fusion, who’ve been perhaps their most competitive since finishing second in 2017. For Minneapolis City, coming off a string of good results, there’s plenty to play for here. A Fusion win would see the club jump City into third place.

The Fusion would get off to a wonderful start, with Nozomu Kamei scoring off of a wonderful solo run and a bit of footwork in the box to make it 1-0. Mu Thoo would rocket home a wild equalizer to get City back in the match at 1-1, but two own goals before the whistle would make it 3-1 to the Dakota Fusion at half time after a back and forth 45 minutes.

Minneapolis City would find a second goal in the second half, but the Fusion would hold on to their lead and win 3-2, completing the double against Minneapolis City and former Fusion WPSL manager Marco Campoverde. The Fusion move into third place with one match remaining.

James Bolger would hand Sioux Falls Thunder the first half lead with an early strike, but Joy would answer back in the second half with a 90th minute penalty kick from Zinedine Kroeten. Ending in a draw, the point was enough to left Joy out of last place and continue Sioux Falls’ overall improved form. On 11 points, the Thunder would end Wednesday not far behind the TwinStars in fifth place.

While Duluth had a very approachable home match to deal with, Med City had to worry about traveling to an inconsistent but talented TwinStars side to keep their hold on the title well and alive. The Mayhem have been near unstoppable this season, but a road trip to a competitive midtable side had the potential to be their downfall.

Any worries the Mayhem may have had about their tough midweek match up would prove needless, as the visitors blasted the TwinStars with goals, the first as early as the 15th minute, to lead 5-1 at half time. They would add three more in the second half to make it 8-1 by the final whistle.

The result means that Med City would very much retain that one point lead going into their trip to Duluth, meaning that only a Med City win at Duluth would definitively decide the title in the 13th round of play. A draw would give Med City a two point advantage with three up for grabs, while a Duluth win would see the BlueGreens lead by two points in the final match week.

This was the one, the match up that, no matter the result, had the potential to decide the fate of the 2022 NPSL North title. A win for Med City would end the title race right there and then, giving the club their first ever conference title. A win for Duluth would put them in pole position, but leave work to be done in the final week of play for both sides. A draw would also leave things open for the last match week, though Med City would remain ahead and simply need to equal or better Duluth’s result.

The drama would prove worth the wait as Med City arrived in Duluth ready to fight for their first ever NPSL North title. The action would reach its first crescendo when Andres Garcia, ever Med City’s attacking star, got on the ball on the counter and slotted a goal past the keeper to make it 1-0 in the opening fifteen minutes. That lead would hold until half time, with Med City having far fewer chances but making the most of them.

The second half would continue in a similar flow, with Scott Neill scoring but being deemed offside early in the second 45. Blake Perry, ever Duluth’s creative outlet, would prove the problem solver, curling in a belter of an effort into the side netting to find Duluth’s equalizer. A 90th minute red card, via two yellows, for Matias Daniel would keep the drama going well into extra time, with Duluth launching everything and anything they had left forward.

The hosts would fail to find that go ahead goal, however, and it would end in a 1-1 draw. This means that the title will be decided on Friday, the 15th, when Med City travels to play Joy Athletic and Duluth hosts the Sioux Falls Thunder. Med City simply has to equal or better Duluth’s result. If Duluth wins and Med City ties, then the will end the year drawn on points. The tiebreakers in the NPSL include points per game, goal differential, and goals scored, in that order. Duluth, as things stand, would lead in comparisons of goal differential and goals scored.

City’s midweek loss to the Fusion meant that this face off with local rivals Joy Athletic would prove especially important in the host’s quest to at least finish third in this title defending season gone wrong. The Crows’ record against Joy is strong, but the Goats did hand City their only loss of the 2021 season. For Joy, points have been rare in 2022 and the match provided another chance to slowly climb back up the lower half of the table.

It would prove a largely one sided meeting of the two Twin Cities clubs, with defender Matt Murakami finding the opener, a header following a free kick in the final third. A red card near the hour mark would make Joy’s mission of a comeback harder and Loïc Mesanvi would do that thing he keeps doing this season and score a goal to make it 2-0 in the 77th minute.

It would end there, with Minneapolis City finding the perfect response to their midweek loss and keeping their eyes on third place. While the Fusion will continue to hold pole position in that race, the Crows can only focus on winning their last game.

Fresh off of a road point, Sioux Falls returned home to take on a TwinStars side that just can’t seem to get things right in the second half of the season, walking away from a difficult 8-1 midweek loss.

It would prove a very good night for the Sioux Falls Thunder, who secured a 3-0 win against the TwinStars that makes a fifth place finish a real possibility for 2022. It would be a huge achievement for the club and a clear return from recent moves to improve on the project. The Thunder’s goals would come from Trace Dobson, Brennan Haggerty, and Tyler Limmer.

This match was postponed to an unclear date and therefore won’t be included in this recap.