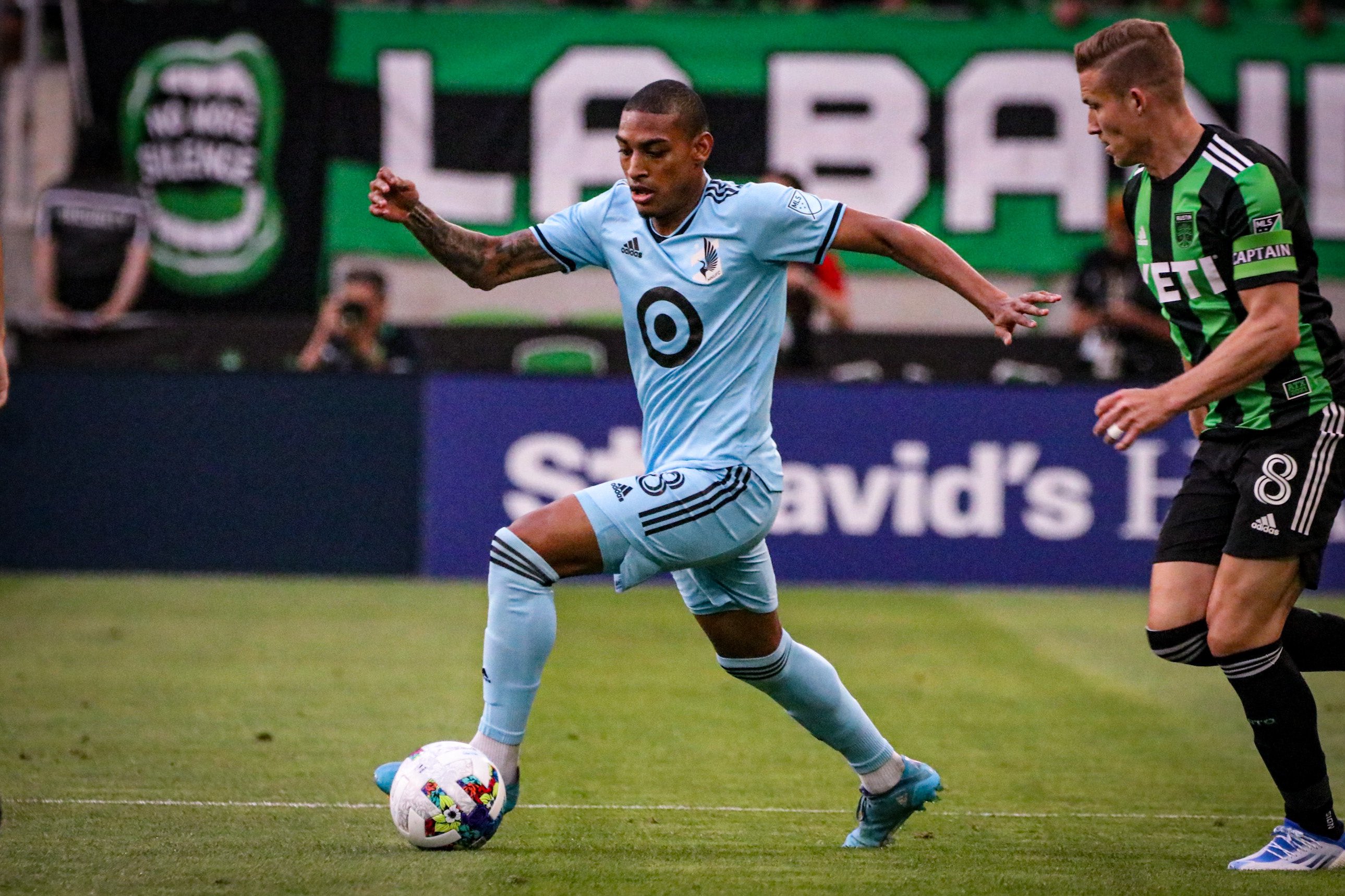 Way back at the start of the MLS season, it looked like one of Minnesota United’s strengths this season was finally going to be team depth. I wrote about it, in the context of Kervin Arriaga, who at the time was going to be a useful midfield backup. The Loons had multiple options for many positions, and had the luxury of having either MLS veterans, or young players with potential, backing up all over the field.

Those heady days are over.

The Loons started the same lineup for the third consecutive game in Wednesday night’s 1-1 draw with Sporting Kansas City, and while that might provide admirable continuity in the team, that wasn’t the reason that Adrian Heath selected the same eleven.

Instead, he’s picking the same lineup because he clearly feels like there’s nobody else to pick.

“A lot of tired bodies in there,” said Heath. “We haven’t got an awful lot we can change around at this moment in time… I think we need a couple of extra bodies,” said the coach.

Wednesday was the first time in three games that Heath even filled out his nine-man bench. It was also only the second time in the last six games that he didn’t have two backup goalkeepers on the bench, less to prepare for a historic run of keeper maladies and more because there just weren’t that many players left on the roster.

Even the full bench on Wednesday only included six players who’ve played in MLS this year.

The players realize the need, too. “The more fresh bodies we have, the better,” said defender Michael Boxall.

One has already arrived in the form of Paraguayan right back Alan Benítez, who reputedly can also play on the wing. Getting injured players back would be helpful, though Heath said that Arriaga – suddenly the key figure in the construction of the lineup – probably wouldn’t play Saturday. Heath also addressed the rumors of other arrivals, noting that one more player was expected.

And that’s pretty much it. Heath only expects one more signing, and doesn’t see the team bringing up players from MNUFC2. “It’s a couple of guys we’ve been putting down all season on loan, so we couldn’t bring them back,” he said.

Even with two potential new arrivals, though, Boxall noted that it’s going to be hard to integrate new players on the fly. “There’s not going to be too many sessions on the training ground that we’re going to be able to get familiar with each other,” he said.

With this in mind, there are a couple of players that the team needs to step up. The first is Abu Danladi, who hasn’t played yet this week. Danladi has just one goal and two shots on target this season, in 435 minutes, but the Loons’ attack desperately needs a rest. Franco Fragapane played his first two full games of the year on Friday and Wednesday, and Luis Amarilla went the full 90 in both as well.

Normally Bongokuhle Hlongwane would be the natural replacement, but Bongi – who started the season so full of promise – looks like he very much needs a break as well. Heath replaced him at halftime of the Sporting KC game, partly to get Robin Lod out of central midfield, partly because Hlongwane was struggling badly. Early on this year, he was so full of confidence and speed that it looked like he might get five or ten goals this year. Now, he’s reached the point that someone might have to deflect a cross off him, if he’s ever going to score.

The second is Joseph Rosales, who has to provide solid minutes in center midfield, if the Loons are going to have any flexibility. Even if Arriaga comes back, Wil Trapp is again just one yellow card away from a suspension. The team needs three midfielders that are able to contribute, because while Lod playing there has not killed the team, it’s certainly contributing to the depth crunch the roster is feeling right now.

Benítez and other arrivals aside, any help that’s coming for the Loons is coming from inside the clubhouse. With the run of games against teams that are currently outside the playoff picture, Minnesota needs what little depth they have left to pitch in.

One thought on “Loons’ sudden lack of depth being tested”