3 Reasons Why Minnesota United Has Turned Its Season Around 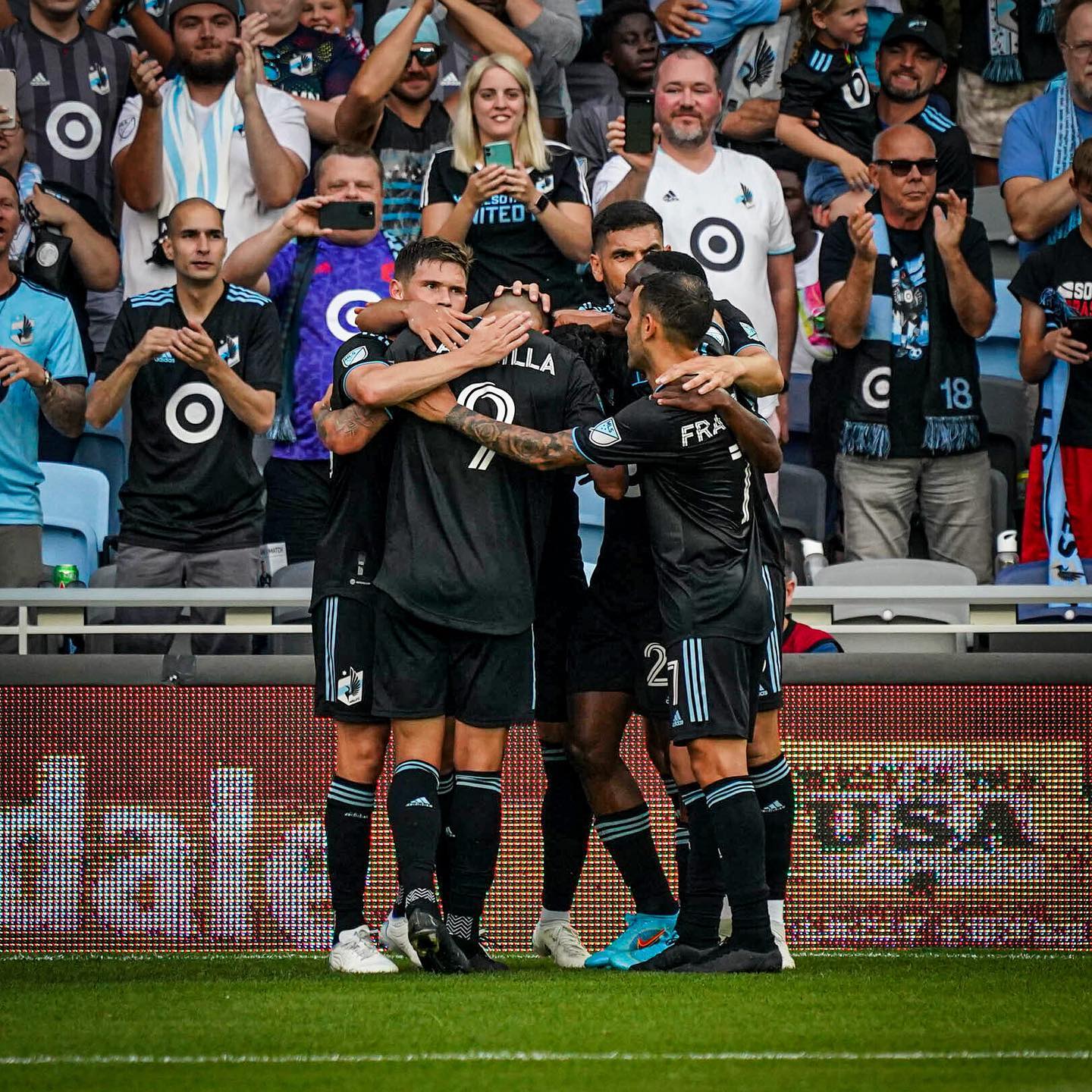 Let’s face it. When Minnesota United let a late 1-0 lead slip away and came away pointless at Inter Miami in late June, things seemed pretty hopeless.

Sitting near last in the conference table and facing a cross-country flight to take on a top 5 club in the LA Galaxy, a team meeting was held prior to kickoff, and that match is where the Loons’ fortune began to turn.

This run of form has the Loons sitting 4th in the west in both total points and points-per-game.

So, how has a seemingly dead-in-the-water team found new life?

There have been a number of contributing factors to the Loons’ run of three consecutive playoff appearances and overall success over the last few seasons, one being the fluidity of Ethan Finlay and Romain Metanire on the right-hand side of the pitch. The two worked extremely well together, allowing Metanire (the defender) to overlap and get into the attacking third at will, sending in crosses and making an impact.

In the offseason, Finlay entered the free agent market and was picked up by Austin, while Metanire has only managed one league appearance all season, where he aggravated his hamstring and had to leave the pitch just 22 minutes in.

The lack of defensive support in the attack was very apparent during the first half of the season and coming out of the international break, as Minnesota mustered just 17 goals in their first 16 league matches.

“Taxi” was brought in on St. Patrick’s Day in a trade that sent the Loons’ rights to SuperDraft pick Sean O’Hearn and $50K in GAM to Toronto for the fullback.

Lawrence immediately solidified himself as a formidable replacement for the outgoing Chase Gasper (Hope all is well with you, Chase!), but it would take several matches before we saw the true impact the Jamaican international would have.

In addition to his work in the defensive third, Lawrence has effectively replicated the attacking pressure Metanire had been able to apply in previous years.

The left back has already sent in 43 total crosses in the 16 matches he’s played in a Loons’ uniform, just five crosses away from his career high, set in 2018 where he played 27 matches for the Red Bulls.

In turn, we’ve seen a revival of sorts from left-winger Franco Fragapane. After being largely ineffective for the first-half of the year, “Frank Pain” has returned to being a pain for opposing defenses.

Fragapane was left goalless in 15 appearances to start the campaign, firing off only 14 shots in that period. Since, the 29-year old has two goals in this five-match stretch and could’ve added one or two more against KC if it weren’t for that darn offside flag.

Together, Minnesota’s left back and left winger have brought back the relentless overlapping play that has proven to be a vital facet of Adrian Heath’s 4-2-3-1 formation.

I’m self-aware enough to admit when I’m wrong. I was very, very wrong about Luis Amarilla.

To be fair, there were a number of Loons’ supporters and media types who had written off Minnesota’s DP striker. After all, the Paraguayan had been the antithesis of impactful through mid-June.

Just two goals and seven shots on target through 14 matches will earn that response.

Similar to Fragapane, Amarilla has recently found both confidence and quality.

Since returning from the international break, the center-forward has already exceeded both of those prior totals in half the number of matches. Three goals and 10 shots on target later, Amarilla is becoming the contributor Minnesota anticipated he’d be when he was signed back to the club in the offseason.

At the start of the year, Amarilla played much like a poaching striker, staying mostly in the box awaiting service. Whether that service just wasn’t coming or he wasn’t making himself available enough, it simply didn’t work.

Since the break, we’ve seen Amarilla receive and make far more passes outside the box than before. Furthermore, we’ve seen a more fluid attack due to his willingness to expand out wide of the 18 as well.

In both of the Loons’ goals Saturday night vs. DC United, it was Amarilla looking more the ranging midfielder and Reynoso the striker, with the Paraguayan out wide centering the ball to the No. 10. It’s that flexibility and fluidity that has made Minnesota’s attack much more dangerous as of late.

According to FB Ref, Amarilla has 19 shot-creating actions (passes, dribbles, or fouls drawn that directly lead to a shot) over the last seven matches, compared to just 12 in the previous 14.

As Emanuel Reynoso goes, so go the Loons. So it’s no coincidence that Minnesota’s early struggles went alongside the Argentine’s.

It’s also no wonder that as the Black and Blue have ascended back into the thick of the Western Conference playoff race, their No. 10 is in arguably his best form since joining the club nearly two years ago.

You’re probably sensing a common theme here. Over the 14 matches before the international break, things were bad, and they got worse as the calendar turned to May.

Even though the Loons dropped their first two matches after returning from break, there was a noticeable difference in the flow of the attacking third, with Rey being the catalyst.

As noted before, the DP midfielder has taken more of a goalscoring, striker-esque role as of late.

For the season, Reynoso leads the league in successful dribbles and goal-creating actions, while ranking in the top 3 in successful crosses, key passes, and passes in the opposing half of the pitch, but that successful dribbling, passing, and facilitating obviously wasn’t translating into overall success.

It’s important to note that all of these reasons are working together to boost Minnesota into a playoff-hosting position less than a month after they looked like they might take an early vacation this year.

The contribution of Lawrence, Fragapane, Amarilla, etc. has helped open up space and opportunities for Reynoso. When opposing defenses are able to key in on the Loons’ star, they can effectively neutralize him if nobody else is stepping up. However, if multiple pieces in the attack are working together to make things happen, Rey can absolutely feed and rack up the goals, which is exactly what we’ve seen during this stretch.