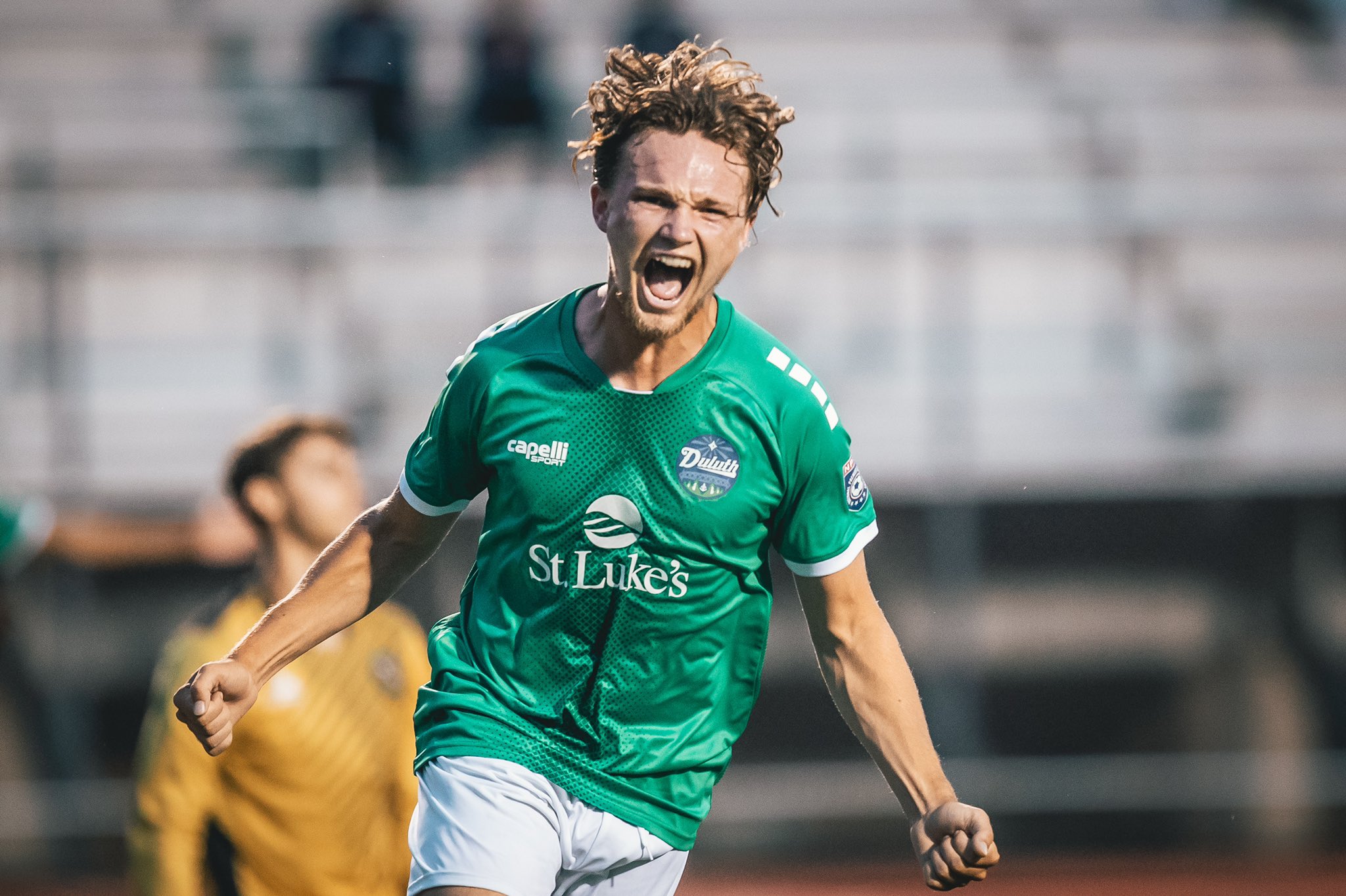 Duluth FC had the chance to build off their second place conference finish just days after the regular season came to an end as they hosted FC Columbus in the NPSL Midwest regional playoffs. It would be the first competitive meeting of the two clubs and a chance for Duluth to improve on last year’s quarter final finish, brought about by a loss to Carpathia on penalty kicks.

While the BlueGreens will likely have been disappointed to not be the conference champions themselves after an impressive year that saw them finish behind Med City by just one point, Duluth will have known well how much could still be earned from their position. The club was the North’s runner up, after all, when they beat AFC Ann Arbor in the 2018 playoffs to become the only North conference club to win the regional title, a run that saw them beat North champs Minneapolis City as well.

Perhaps FC Columbus’ most notable attribute headed into this match, having finished second in the Great Lakes conference, is that their roster includes this year’s Capelli Sport 2022 NPSL Golden Boot winner, Damani Camara. Camara had 15 goals from nine games this season, an unbelievable count akin to the likes of Sidney Warden in 2021. Camara would clearly be one of the biggest concerns for Duluth on the night.

It would prove to be Duluth’s night almost immediately, with Kostyantyn Domaratskyy opening the scoring within thirty seconds to instantly provide the hosts with a momentum boost. It would be the Ukranian’s sixth goal and perhaps most important goal of the season. Duluth would continue to threaten through the first half, with the visitors only seriously threatening the BlueGreens through quick counter attacks.

It would be 1-0 at half time, not quite enough to ensure a result but an encouraging 45 minutes. Duluth, though, would waste little time extending their lead. It would be Blake Perry, Duluth’s top goalscorer in the regular season, who would find the night’s second goal. His calm finish past a diving goalkeeper would make it nine goals in 2022.

FC Columbus would continue to threaten on the counter, but their attack, featuring some of the Midwest’s top scorers, wouldn’t find the back of the net until the 85th minute via Michael Chilton, who rifled in an effort from inside the 18 yard box following a corner kick.

Duluth would push through some late pressure and find a third goal via local boy Keegan Chastey to make it 3-1 with an assist from Aaron Pike and secure the win. It’s a historic return to the semi-finals for Duluth, who went on to win the whole thing the last time they reached said match. They will, just like in 2018, face the North conference champs in Michigan with hopes of finding a spot in the final.

It was another night won by the BlueGreens by a few fundamental pieces of this 2022 roster. The local talent showed up big with goals from two Minnesotans, along with big performances from key players scouted into the side by Sean Morgan and his staff, in this case a goal from the creative Ukranian Kostyantyn Domaratskyy.

Whether he’ll boast about it or not, it’s a serious accomplishment for a group of players that includes returnees like Jake Starling, Martin Grzywa, and Brendan Dally, who have yet to celebrate a playoff win despite multiple years of service, three in Starling’s case.

It’s also a first playoff win as manager for Sean Morgan, a man who’s seem plenty of action as a player but gains a new notch on his built as a coach with this result. Morgan got the BlueGreens to the playoffs last year on his first try as head coach, but saw his side give away a lead and get knocked out. Now he’s commanding his squad through the tournament and has a chance to best the number one seed Muskegon Risers.

With that, Duluth will now travel, along with Med City, to the Midwest region’s mini tournament in Muskegon, Michigan. Duluth will play the number one seed Muskegon Risers in the semi-finals there, while Med City will play two-time reigning Midwest champs Cleveland SC. As you’d imagine, the two winners will then play in the regional final with a spot in the nationals on the table.