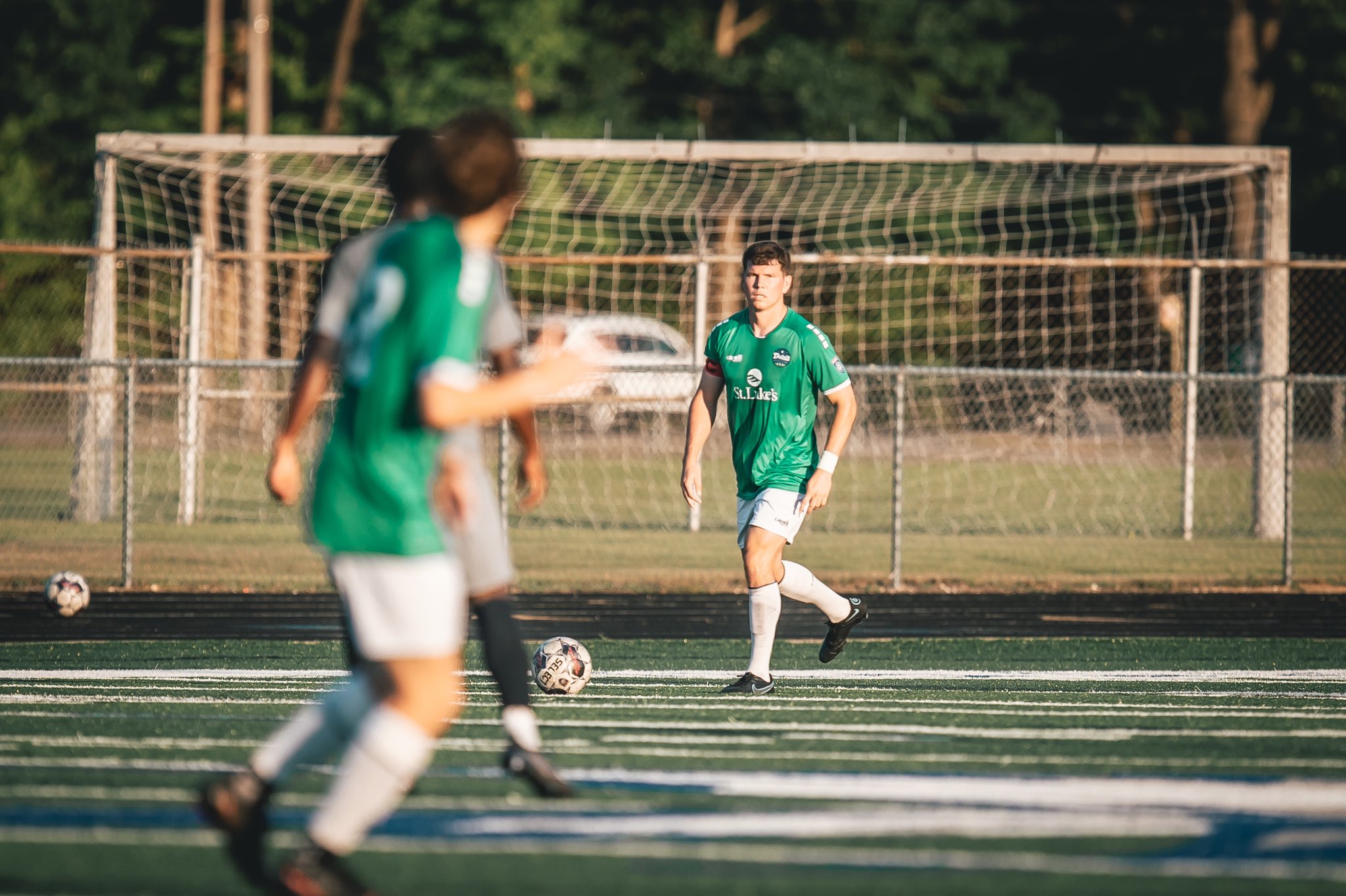 Med City would be betting on the continued form of goalkeeper Iker González, goals from the likes of Scott Neil and Narcis Bou, and of course some stern defending from the likes of Balsiger and Strachan. All of this orchestrated by Head Coach Neil Cassidy, who’s above and beyond earned a place in the list of the NPSL North’s top coaches through the years.

It would prove a frustrating afternoon for Med City, without their lead scorer Andres Garcia on a day they needed goals. The first goal would come in the sixteenth minute when Jake Strachan turned in a loose cross into the box, scoring an own goal. Goalkeeper Iker Gonzalez had rushed out of goal to claim the ball, but misread the situation and left his backline in a complicated situation, trying to prevent the pass from finding a Cleveland player.

The opening goal came off of a good start for Med City, who actually created the first several serious chances. They would hold out in a back and forth into half time, trailing 1-0.

The second half would be similar, with both sides creating chances, though Cleveland did have more of the ball. The heartbreaker, after a good hour of soccer from the Mayhem, would come when Cleveland scored off a corner kick to make it 2-0 to Cleveland SC in the 56th minute. Gonzalez got hands on the shot, but only after it had crossed the goal line.

It would end 2-0 and Cleveland would qualify for their third straight NPSL Midwest regional final. Med City’s season would come to an end, a wonderful and historic year for the club.

Duluth traveled to Muskegon, MI looking to repeat some history and beat the Midwest regional playoff hosts for the second time since 2018. They got there via a 3-1 win over FC Columbus, the club Muskegon beat to secure the 2022 Great Lakes title. A win would give Duluth a spot in the final and back to back wins over the Great Lakes conference’s best, a loss would mean the season ended there and then.

Duluth’s path to success would have to come from the same veins as the regular season and quarterfinal. They’d need big performances from local talents like Blake Perry, Jessie Juarez, and Keegan Chastey. They’d need veteran experience from the likes of Jake Starling and Brendan Dally. And of course they’d need strong coaching from Head Coach Sean Morgan and his staff.

It would be an eventful but similarly disappointing night for Duluth as it proved to be for Med City. Duluth would start perfectly, with Sam Thornton scoring minutes into the game, stealing the ball off the keeper and slotting the ball into the empty net. Wyland Wessels would add another goal soon after, surprising Muskegon with an early free kick from about forty yards out to make it 2-0 in ten minutes.

Then Muskegon woke up and got to work. Muskegon’s Takawira would step up to take a penalty in the 17th minute, converting to start the host’s comeback. Muskegon would add another just before half time, with Takawira slotting home a nice run of play to make it 2-2 at half time, both sides looking for a way to win in the next 45.

Muskegon had the answers and scored in the 53rd minute to keep the momentum on their side. The Takawira show would continue in the 60th minute as the forward ran down the left wing and found space to make it 3-2. Soon after, he would score again to make it 5-2 in the 65th minute.

Duluth, for their part, would work hard for a comeback, but no more goals would come for either side. It’s a tough pill to swallow for a talented Duluth side, who will join their brethren at Med City on an early trip back to Minnesota.

We have our final and we have our two potential NPSL Midwest Regional Champs. Cleveland SC will play Muskegon.

Unlike years past, the final will not be played the day after the semi-finals, and instead Muskegon and Cleveland will face off on Sunday, a break period that is sure to benefit the players but does ensure more expenses for clubs.

This ends our regular coverage of the NPSL North season, with all teams now out of NPSL play. While I wish we had more to cover, the NPSL is a tough league, all the more reason to enjoy watching it. I want to thank you all for reading our coverage this summer and send my best regards to every single player, coach, and staff person who has provided interviews through this season and have been beyond pleasant to talk with in person and digitally.

Now everyone take a break. It’s the offseason.