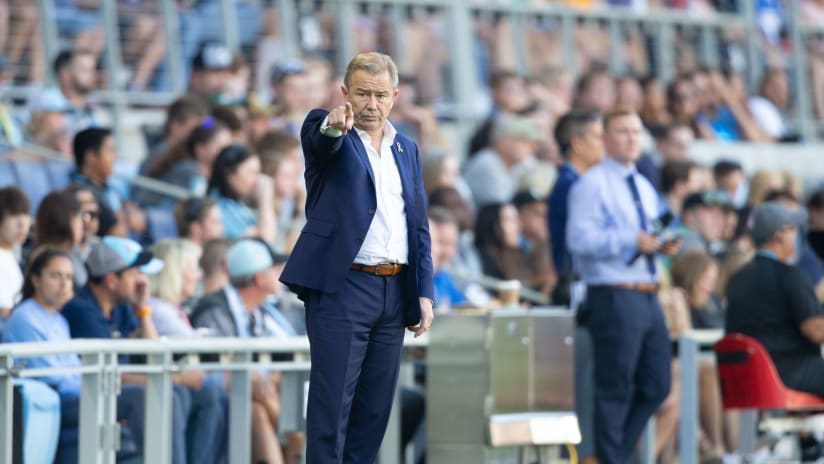 I took to twitter, asking all of you, for questions about all things Minnesota United. I picked a handful to respond to here.

So, without further ado, the mailbag.

I think if the Loons were to make a move for a younger, more prominent CB, it would come in the offseason this Winter. Callum Montgomery just recently returned from a lengthy spell on the sidelines. He now provides depth to the first-team and a crucial asset for a leaky MNUFC2 backline.

Funny story – both Jon Marthaler and myself did not realize there was no visible clock when we went to our first match at the NSC. We learned quickly.

There should be for the fans, but for just those on the pitch, there is a table at mid-field that has one.

Hwang Ui Jo will not be joining MNUFC this summer, according to reports from both the Pioneer Press and MLSSoccer.com. The Loons reportedly submitted a $5 million bid for the South Korean international, but were turned down.

All-in-all, I do not see this one happening. They’re onto other targets.

One would think that Tyler Miller would be a hot commodity this transfer window, but news has not surfaced regarding interest within the league – nor have I heard anything (albeit I’m no transfer guru). However, if St. Clair draws interest from overseas over the next month, holding onto Miller would be a crucial asset for the Loons.

Patrick Weah is still recovering from injury. I’ve seen him out moving at MNUFC2 training, but other than that, no news.

Midfield targets: I would think that the Loons would be looking within the league for help right now. As to names, I don’t want to speculate – but knowing this Front Office and Heath himself, they would not plan on bringing anyone in for the short-term.

MNUFC2 just brought in Sagir Arce on loan from LIGA MX side Mazatlan – home of #BenedettiWatch.

If they remain healthy, this Loons team can absolutely earn a home playoff game come October. However, they’re currently in the middle of an injury crisis. I think as things stand, 4th-6th come the end of the campaign is where the Loons will sit.

Stay in MLS NEXT Pro. Simply put, the kid needs minutes and consistent minutes at that. He is not breaking into the first-team and 10-15 minutes off the bench isn’t good enough right now. Incredibly, incredibly talented – but at his age, consistent minutes are more important.

Slow the hype train down a little and see him fight for a first-team spot come 2023.

We love a good hypothetical question. Let’s go with one name from each of the top 5 leagues and make it somewhat realistic.

The Right Back spot should be DJ Taylor’s to lose. However, I would not be surprised to see Benitez rolled out at the RW position with Hlongwane up top in moments. Taylor has done nothing wrong to lose the spot of late, but you never know.

Fred had a really solid start to the NEXT Pro season, including a Goalkeeper of the Month nomination in May. However, he’s sidelined with a Concussion right now.

There’s not a ton on Garcia, if I’m being honest. He’s a young prospect who is thought of VERY highly by his club’s supporters. The Loons need depth in the CF/ST position — it’s really just Amarilla right now. Garcia brings that, but to the degree, we don’t know.

Assuming he’s part of the U-22 initiative, Garcia will likely be someone who grows into the squad and adds depth for a September home playoff push.

If the Loons do sign a DP this window in the forward position, then things get more interesting. It’s all about first impressions though. The kid could be the next big thing or he could be another Chacon.

If the Loons had three MLS level central defenders, I don’t think I’d put it out of the question.

Boxall and Dibassy could easily be part of a back three, but both Kallman and Montgomery aren’t at the level to start in the league right now.