Once a Weakness, Minnesota United’s Pace is Now a Major Strength 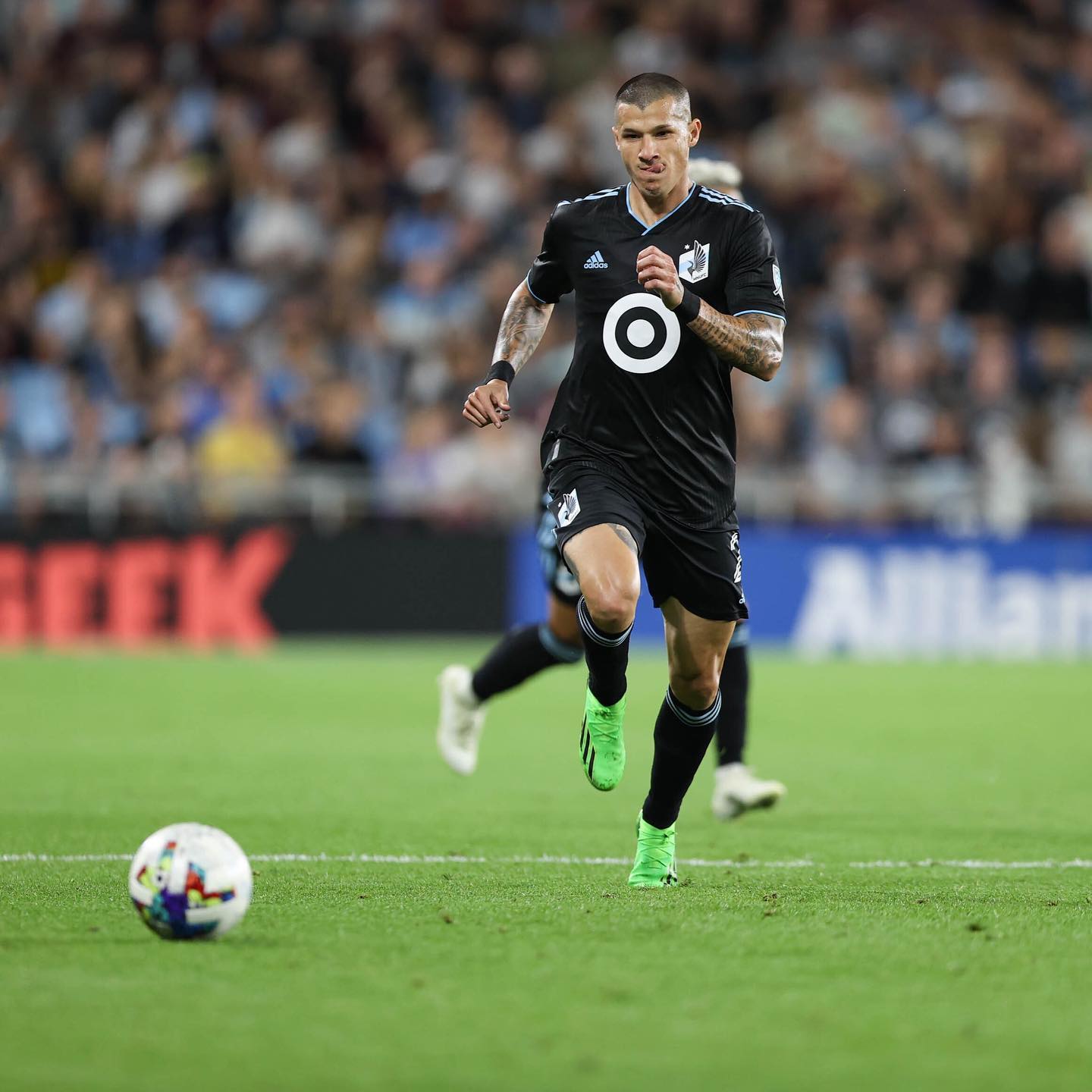 Let’s start with Ethan Finlay. It’s not fair to him, and we still love him dearly from his time as a Loon, but he was in town with Austin FC last week, and the comparisons were on display for everyone, so let’s start there.

Finlay was beloved in Minnesota for his hard work on the right wing. He tracked back defensively – it was not uncommon to see him blocking crosses in his own penalty area – and on offense, he was like a rock in a river, just always present, making runs inside the left fullback and outside the left center back, stretching the other team’s defensive shape.

But a speed demon he is not. And in the lineups that Minnesota United FC used in 2021, and at the beginning of 2022, this made him entirely in keeping with the rest of the lineup.

Again, it’s not to say that he did not have good qualities, because he did. As do Luis Amarilla and Robin Lod, as did Adrien Hunou, as did so many others that shall remain nameless. But since Kevin Molino’s departure, and without Niko Hansen in the lineup (semi-oddly, an article from last year noted he had the highest sprint speed in MLS), the Loons lacked pace.

(Note: I’m afraid all of these observations, except for that data point about Niko Hansen, are based solely on the eye test. Somebody with access to the MLS tracking data is welcome to disprove any of this, or better yet, give me access to the tracking data.)

From the first green shoots of Bongokuhle Hlongwane’s MLS career, though, there’s been something else brewing in the MNUFC camp this season. It started with Bongi. It’s extended to the signings of Alan Benítez and Ménder García, both of whom can fly. And the presence of all of them seems to have had some strange power-up effect on Franco Fragapane, who appears to be roughly twice as fast as he was at the beginning of the year.

The Loons can run now! And it’s adding a whole extra dimension to their offensive game.

At times, especially late last season, Minnesota felt like a singles-hitting baseball team, one that got on base a lot but needed to get three hits just to score one run. The Loons had plenty of skill, but without that speed, they needed two or three perfect passes to score a goal. It’s partially why they depended so much on fullback Romain Métanire and whoever their No. 8 was at the time getting forward into the attack – they needed the presence of extra players to help unbalance the defense.

Having that speed, though, unlocks other options. We saw it with Fragapane’s high press turnover and goal against Austin. We’ve seen it for weeks with Emanuel Reynoso quarterbacking a four-man counter-attack, especially on the road. And we’ve seen it with Benítez in place as a right back, playing less as a traditional fullback and more as a right wingback.

Here’s a graph of the Loons’ passing network against Austin, from the MLS website; you can see that Benítez in particular, on average, is pushed way forward with the midfield, a testament to how often he’s making runs down the right-hand side of the field, something that he can’t do without that game-breaking speed.

Really, there’s only one question left to answer: which one of them is the fastest? And for the answer to that, we go to Fragapane, who was asked if he was faster than Benítez in the post-game press conference: “Maybe we need to do a test.”

García, Benítez, Fragapane, and Hlongwane. I’d watch that race. Until we get that set up, though, we’ll have to be content with simply watching the new-look MNUFC attack.