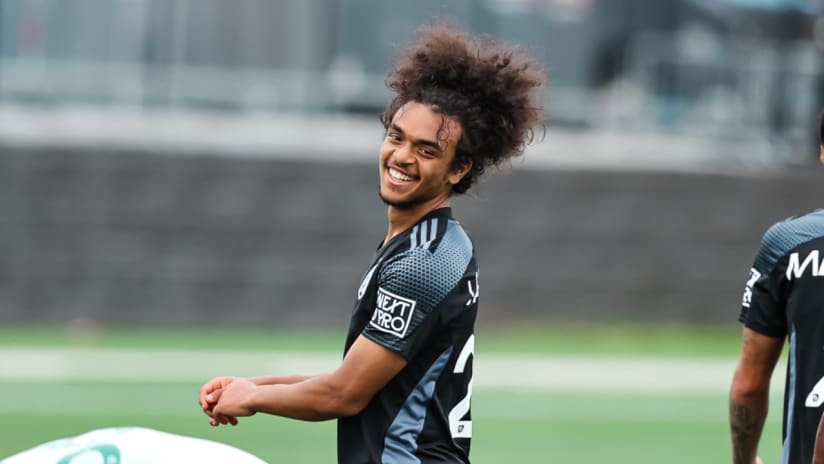 It’s make-or-break time for MNUFC2. The MLS NEXT Pro season is on its last leg and the “Twosies” are sitting just outside the final playoff spot in the Western Conference. Tonight’s contest against Houston Dynamo 2 will be the defining moment for their inaugural season as they’re in must-win territory.

Let’s break down the scenario, the matchup and more to help you understand what is set to happen over the final four weeks of the regular season and tonight in the second part of the double-header at Allianz Field.

Reminder: MNUFC2 kicks off at 6:00 pm CT after the conclusion of the first-team match and if you’re not going to be present in-stadium you can stream the match for free on MLSNEXTPro.com.

What are the playoff implications for today?

This is the Twosies season on the line, simply put. They’re currently 7 points out of a playoff spot but that’s where it gets silly. Tonight, they host Dynamo Dos – who are in the 4th and final playoff spot ahead of Minnesota. The two sides are level on games played and have very similar road records. The silly part is that Dynamo Dos are level on points with North Texas SC, who are in 3rd, but both Houston and Minnesota have a game-in-hand over them.

Read that again now. It might not make sense unless you do.

So here’s where it gets fun. Hypothetically, if MNUFC2 claim three points tonight they narrow the gap to four points between them and Dynamo Dos. However, if North Texas SC were to also drop points (three specifically), then the Loons would inch even closer WITH a game in hand.

Wild, right?! It’s what we call #chaos and we love it.

What makes it even crazier is that MNUFC2 hosts North Texas SC next weekend at Allianz Field. They have a chance to pull the double in back-to-back weeks. The opportunity is on a platter, they now just have to take it. The Twosies have just four matches to go, including today’s contest. It’s all-or-nothing.

The Western Conference table is genuinely wild. In the No. 1 and No. 2 spots are Tacoma Defiance and St Louis CITY2 – both of whom have already clinched playoff spots. Then it’s, in order, North Texas SC, Houston Dynamo 2 and then MNUFC2.

The wildcard is Earthquakes II in the No. 5 slot. They’re two points behind the Twosies while also having that game in hand. For both sides, it’s must-win territory this weekend.

I haven’t watched much of MNUFC2. Who should I look out for?

Summer signing Sagir Arce has been electric off the bench for the Twosies this summer. He’s come up clutch in some big moments, including a 90th minute winner against Defiance two weeks back. He’s on loan from LIGA MX side Mazatlan FC, home of Nicolas Benedetti (remember him?).

Starting goalkeeper Alec Smir, who won the MLS NEXT Pro Goalkeeper Wars challenge at the MLS All Star Game skills challenge, has been phenomenal of late. He saved three penalties in kicks from the spot last weekend, salvaging two points for Minnesota in their draw against Real Monarchs. He’s been a brick wall in the net of late.

The last mention has to be attacking midfielder Aziel Jackson. Jackson leads the team in assists and is second in goals scored with eight. Jackson is an electric playmaker who can dazzle in the final-third. He presents the creativity factor that can influence a game at any moment in time. Jackson leads the entirety of MLS NEXT Pro in key passes, with 51. He’s one of the most creative attackers across the league.

Are there any weird MLS NEXT Pro rules I should be aware of?

The main rule you should be aware of is that if the match ends in a draw, the two sides will go to the penalty spot for a chance to earn a second point. So for example, if it ends 1-1 each side earns a point but the winner of the ensuing penalty shootout will claim a second point.