The death of MNUFC attendance excuses 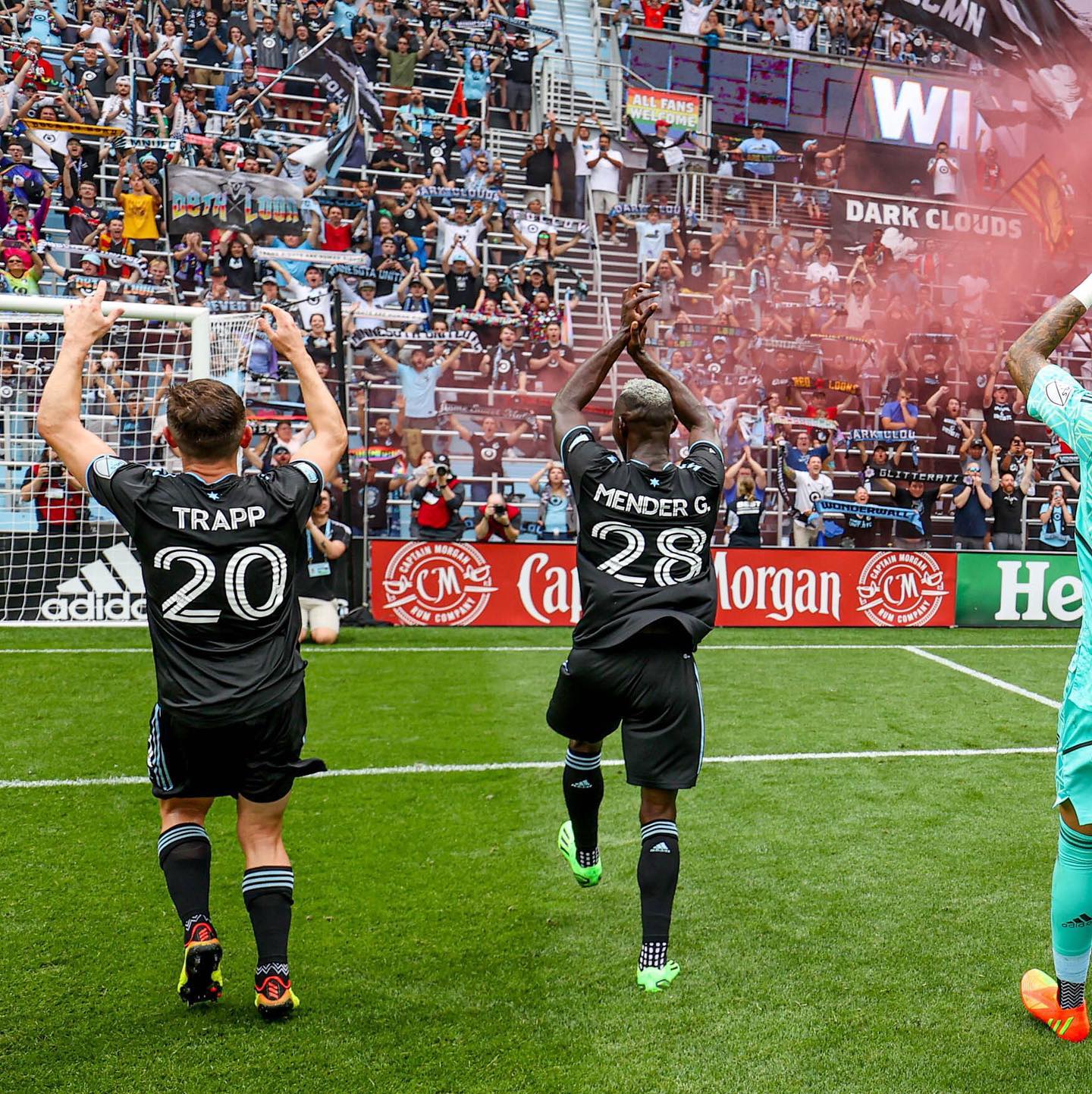 Pretty soon you start seeing those ghosts everywhere. Sure, people might come to the games, but do they actually care, or are they just looking for a nice day out? It’s not a requirement to truly, deeply care, as you know if you’ve been to a minor league baseball game before, or a Twins game when they’re out of the race in September.

And if you assume nobody actually cares, if you believe everything  you’ve heard, you start seeing supporting evidence wherever you look. Fans in the Wonderwall that aren’t chanting. People not reading online stories about the team. Whatever social media metric you want to use – followers, subscribers, engagement, whatever.

It all adds up and you start assuming that the people who tell you that MLS is not a big deal are correct. If you’re a soccer fan, you long ago got used to friends and family and even people in the media telling you that you were being ridiculous. You long ago got used to having to find newspaper stories in the back of the sports section, having to scroll and scroll on the website, having to wait until the “big” sports were talked about until people might mention MLS.

But I’ve been in Allianz Field two weeks in a row. The first week the Loons played Austin FC at the same time as both the Twins and the Vikings were playing. The second week, the Loons played Houston, in the dreaded Saturday afternoon timeslot, while the State Fair rumbled away, two miles up Snelling Avenue.

And the stadium was not only full, it was loud as hell.

“The crowd were magnificent again,” said head coach Adrian Heath, after MNUFC’s 2-1 comeback victory against Houston. “They might have pulled us over the line. We talk about it being a two-way street, where we have to give them something for them to get ignited. Tonight, we didn’t give them enough, and they kept going. Hats off to them.”

No offense to Houston and Austin, but I can’t imagine that either Texas team was big box-office on its own. Austin is good, but unless you’re an Argentine soccer lunatic, you probably weren’t buying tickets specifically to see Sebastian Driussi. Houston, meanwhile, is pretty bad this year, and anyway neither team  has the traditional European veteran MLS star that might draw casual soccer fans in. Unless you got your seat to watch Hector Herrera run the Dynamo midfield (sorry, FMF fans, he didn’t play), you were there to see the Loons.

Announced attendance: 19,829 against Austin. 19,624 against Houston. During the Twins and the Vikings and the State Fair and really good weather and pretty gross weather.

“Man, they’re incredible. They’re incredible,” said midfielder Wil Trapp of the Allianz Field crowd. “We feed them, they feed us. The biggest push for us right now is to get those home playoff games because when we know when we’re in front of these guys, it changes the result for us.”

“They’ve been massive for us every single home game since I’ve been here, all five years,” said defender Michael Boxall. “Once we get our crowd involved – that second goal, that was pretty damn loud.”

I keep thinking about this tweet from the Pioneer Press’s Andy Greder.

That’s the thing. I know all the excuses and I’ve believed all of the excuses, in the past, but if you can look at the Loons’ crowds the last two weeks and believe that you’re still seeing those same ghosts from the past, you’re only lying to yourself.

I’m guilty. I’m as guilty as anyone. I remember too well what it was like when Minnesota soccer really was minor league, and it’s made me see shadows and assume that it was just me, and a band of die-hards that cared. But I’m wrong, and I was wrong all along.