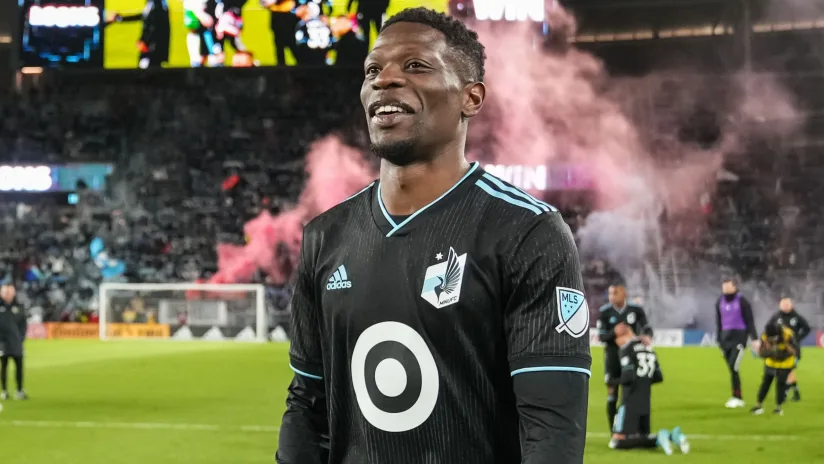 “He probably won’t be fit for the start of next year as well,” said Heath after the team’s training session.

Dibassy suffered an apparent leg injury in the fourth minute of the Loons’ 2-1 win over Houston Dynamo Saturday afternoon.

Heath also confirmed Woodbury-native Brent Kallman will be called upon to start in his place for the foreseeable future.

While Heath didn’t outright deny the possibility of bringing in a replacement before Friday’s MLS roster freeze deadline, there was an indication that the pieces on the roster will be the ones to fill the gap the rest of the season.

For Kallman, Saturday was the first action he’d seen since starting in place of a suspended Michael Boxall August 6th in Colorado.

On the season, Kallman’s made 15 total appearances over 27 matches.

“This is the reason why you try to train hard and stay ready,” said Kallman. “I’m just going to take it a day at a time and a game at a time.”

Kallman is expected to be in the starting lineup when Minnesota travels to Sandy, Utah to take on 5th place Real Salt Lake Wednesday evening. Kickoff is set for 8:30 p.m. CT.