MNUFC Notebook: Escaping the trap, Dibassy goes down, and a look ahead at the West 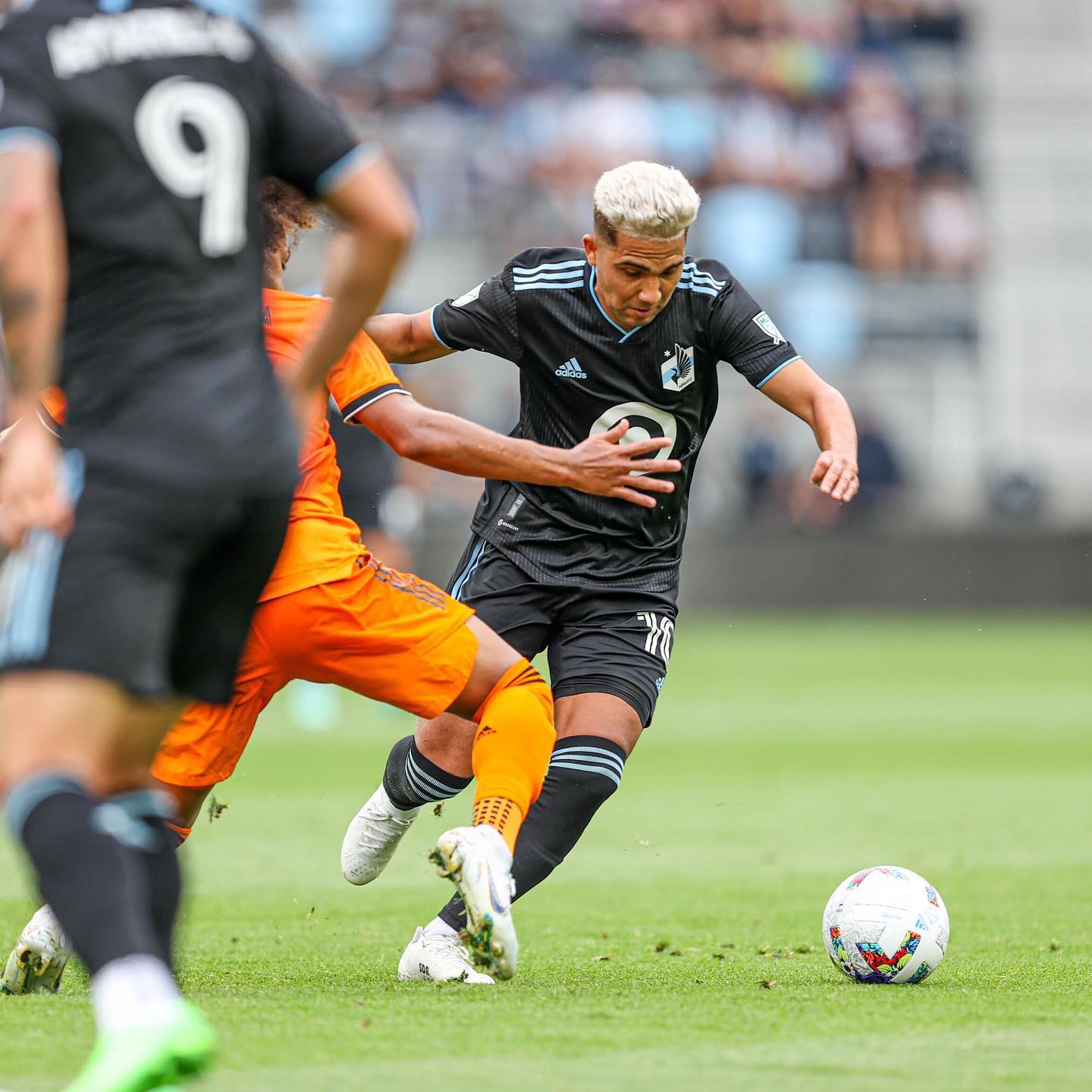 On a day where Emanuel Reynoso was not at his best, the Argentine tactician still managed to ignite the spark leading to the Loons unlikely 2-1 comeback over the Houston Dynamo at Allianz Field Saturday afternoon.

The MVP candidate’s 79th minute free kick from outside the 18-yard-box deflected off of Dynamo attacker Fafa Picault and into the back of his own net, lighting the fuse for the Loons eventual comeback.

The week 27 matchup was dubbed a “trap game” by Heath in the buildup, with the Loons manager describing to media members that it might well have been their “most important result of the season” in the postgame press conference.

The result saw the Loons continue their red-hot form, and in Heath’s eyes, continue to put pressure on other sides throughout the league – both above and beneath them in the standings.

“Once you start getting down to six games left, we’re starting to put pressure on the teams below us in terms of sometimes a draw is not good enough for other teams and we’ve done that this evening,” Heath said.

The Loons capped their comeback off with a Luis Amarilla goal in the 84th minute, securing all three points in an important win.

At the end of week 27, courtesy of some favorable results around the league, the Loons sit 3rd in the Western Conference. Over the past 12 matches of the campaign, extending to June 29, the Loons have established the best PPG (points-per-game) across the league with a record of 9-1-2 over that stretch.

However, a big part of that run has been the defensive stability of Minnesota, and following the result against the Dynamo, that’s set to change.

In just the 6th minute of Saturday’s contest, defender Bakaye Dibassy was forced to exit the match due to an injury sustained near the sidelines. Late Saturday evening, it was reported by the Pioneer Press that Dibassy’s season was likely to be over due to a leg muscle injury.

That report was confirmed by Adrian Heath after the Loons’ Monday morning training session.

Dibassy isn’t a player who finds himself in the headlines much, but he’s been a crucial part of Minnesota’s excellent summer. The loss of Dibassy leaves Brent Kallman, Nabilai Kibunguchy and Callum Montgomery as the remaining defenders with the squad, but Heath added postgame Saturday that midfielder Kervin Arriaga would also be someone who could play at the Center Back position.

Kallman is the primary backup central defender for the Loons, and is the one who fill that role moving forward, according to Heath.

Looking ahead: The Western Conference

With three matches in seven days, the Loons are looking at a busy week.

Following Saturday’s match, Heath informed media of his plans to rotate the squad on Wednesday, giving opportunities to role-players off the bench from the starting whistle.

The Loons will head to Real Salt Lake for a Western Conference clash on Wednesday, returning home on Saturday to take on FC Dallas for their third match of the week.

RSL sit 6th in the West and FC Dallas 4th… it’s going to be an intense week for this Minnesota United side and incredibly important for playoff positioning. For context, RSL and FC Dallas are coming off a week 27 performance where the two sides drew 1-1.