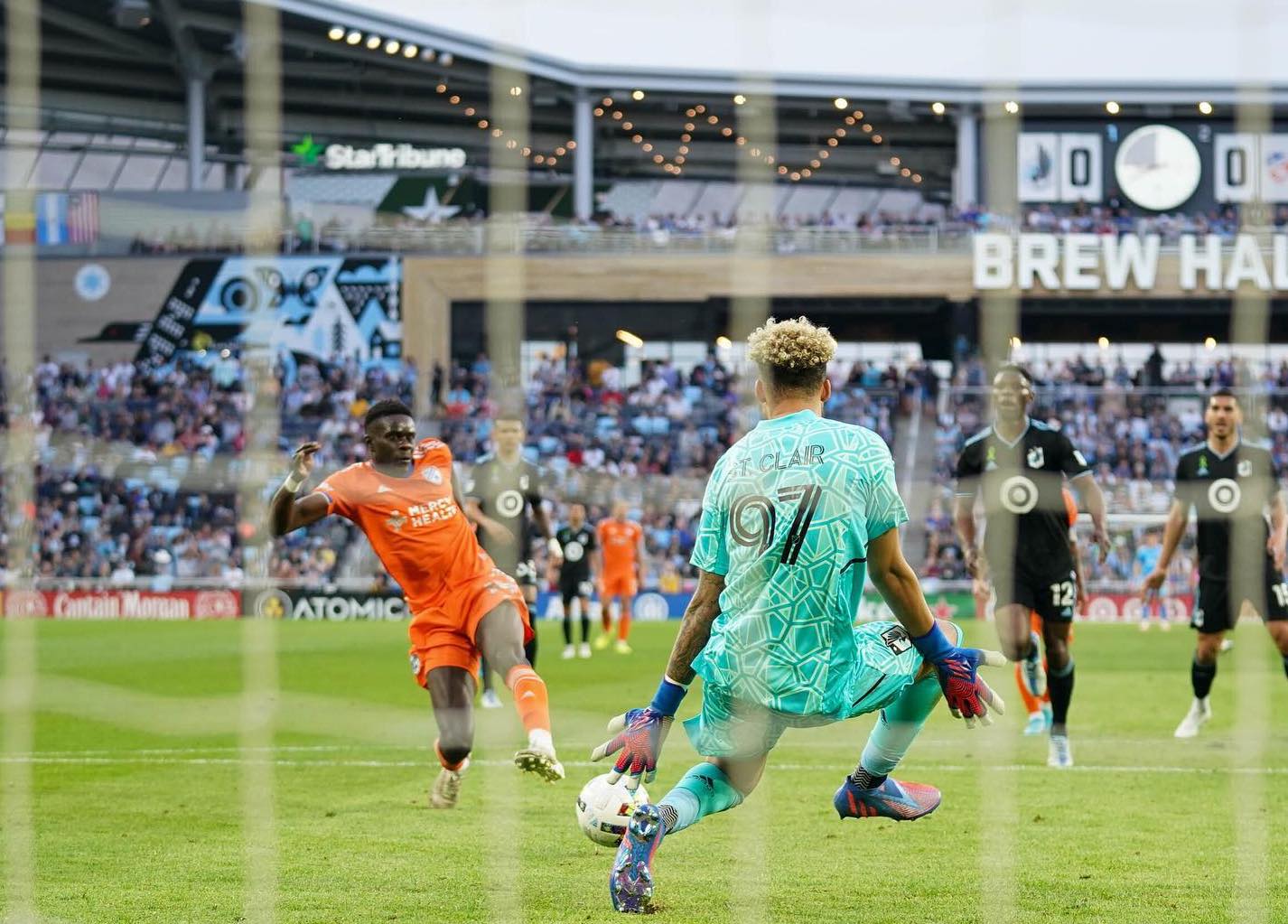 Across the state of Minnesota, from Warroad to Caledonia and Luverne to Grand Marais, a cry has gone up: what’s wrong with Minnesota United? What happened to the team that won eight out of eleven games, that rocketed from below the playoff line into contention, briefly, for a top-three spot in the Western Conference? Where is the team that scored more than one goal in all but one of those games?

There are a number of reasons for this, some seemingly inexplicable – it really did feel like the Loons broke their own magic spell when they played a half-strength lineup and got hammered by Real Salt Lake, which kicked off this particular flurry of flailing – but the explicable ones seem interconnected.

The reason most people are pointing to is the injury to center back Bakaye Dibassy, who tore his quadriceps tendon just seven minutes into the game against Houston, the game prior to this poor run. I think, though, that Dibassy’s injury was the culmination of an injury wave, and not the singular event that turned United from good to bad.

Way back in the preseason, the Loons’ defensive plan was to roll with the same back four that ended last season – Dibassy, Michael Boxall, Romain Métanire, and Chase Gasper. The primary backup at fullback was Hassani Dotson. And everyone but Boxall has ended up hurt.

Even before Dibassy went down, the Loons had already been in try-anything-once mode for most of the season; they’ve used five different left backs and five different right backs this year. It wasn’t until midseason that Minnesota managed to play the same back four for more than three consecutive games – and I don’t think it’s a coincidence that this is when their winning run started.

Before that, though, the thing that was keeping the team afloat defensively – and really overall – was goalkeeper Dayne St. Clair. His run, up until the international break in mid-June, was one of the great stretches for any Loons player; there was talk that he might be the MVP of the whole league.

You don’t hear much of that talk any more.

Using the numbers from FBRef.com, before the international break, St. Clair had saved 4.9 goals above post-shot expected goals, which is what you’d expect from a really good keeper for a full season. And St. Clair did that in just 12 games.

After the break, though, St. Clair has saved 2.2 goals fewer than expected. In 18 games, that puts him in “backup MLS goalkeeper” territory.

Overall, St. Clair has still been above average this season; he’s currently 10th in the league in these numbers. But he hasn’t been a huge advantage for the Loons like he was earlier in the year.

It’s not just defensive issues, either. Both injuries and suspensions have done a number on the Loons’ midfield and attack. Emanuel Reynoso has been hobbled for weeks, and just served a foolish yellow-card suspension. Franco Fragapane got a two-game break for his own nonsense. Bongokuhle Hlongwane may miss the rest of the year with an injury. Robin Lod has been out for a game and a half with a calf problem.

It’s causing a lot of lineup juggling for the Loons. Ménder García has started three times as a wide forward even though he appears to be most comfortable as a center forward. Lod has moved all over the pitch. The Loons even rolled out a 5-3-2 in Portland, something they’ve hardly tried at all in their entire history.

It speaks to one of the general problems the Loons have had for years, which is a lack of depth. When somebody goes down, it’s scramble time. Lod’s flexibility is admirable, but when your best right winger is also viewed as your third-best striker and your second-best central midfielder, that’s a sign that this is a problem, not a strength.

Maybe the best stat to illustrate this is the curious case of Joseph Rosales. I think Rosales is a good young player, something the Loons haven’t had a lot of; he’s made 23 appearances and eight starts this year, which is pretty good for a guy who’s still only 21 years old. He’s five months younger than Bongi, for comparison.

That said, Rosales is still developing. He’s not a first-choice midfielder for the Loons, nor even the first backup, and his eight starts have all come because Minnesota was short on players. And so when Rosales is in the starting lineup, you can take it as a sign that the Loons’ depth is being tested.

It’s not really anything the Loons are doing differently over this particular five-game run, other than that they’re not getting superhuman goalkeeping to cover their injury issues. What’s wrong with Minnesota United hasn’t changed, nor are they terminally afflicted. But given what they’re going through, their struggles can’t be chalked up only to bad luck, either.