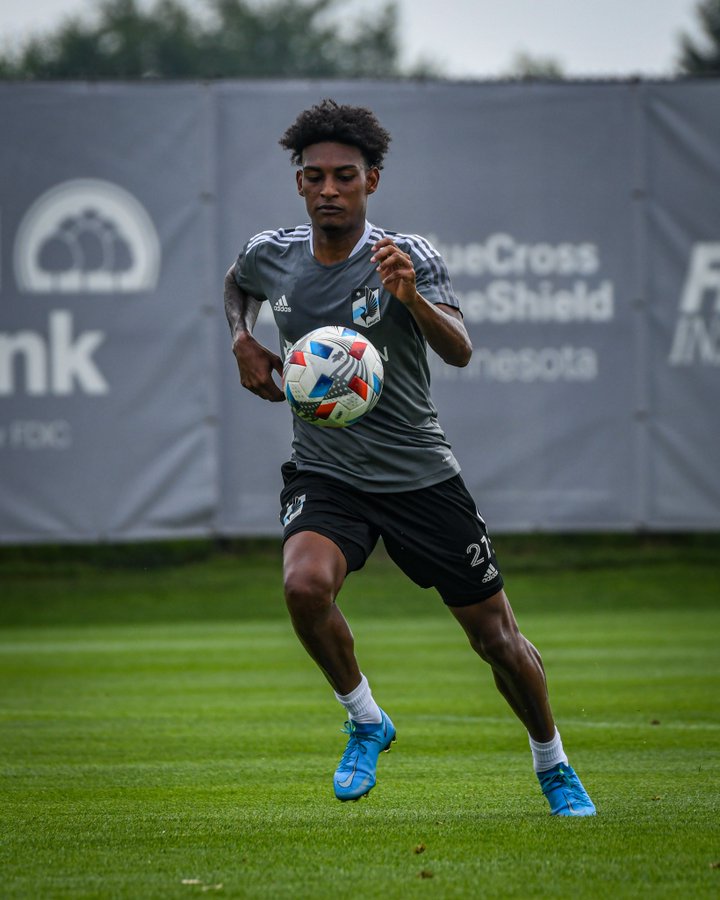 After 24 appearances with the first-team, including 10 starts, Joseph Rosales was inked to a 1-year deal with club options for 2024 and 2025. The Honduran international joined the Loons on an 18-month loan in 2021 and impressed heavily during the time. A central midfielder by trade, Rosales filled in at both the Left Wing and Attacking Midfielder positions for the Loons.

A composed and talented passer of the ball, Rosales was a reliable option for the Loons all of 2022 – and as such – was head coach Adrian Heath’s first-choice midfielder off the bench.

Over the course of the 2022 campaign, Rosales made 24 appearances for the Loons, eight of which he started. He averaged an 87.5 passing percentage rate while adding two assists. Rosales also added two assists for the Loons in the Lamar Hunt U.S. Open Cup, with both coming in the Loons victory over Forward Madison SC. The Honduran sent in two beautiful balls off of set pieces, with Minnesota capitalizing each time.

Context: It’s really good business from the Loons. Per the Pioneer Press, Minnesota paid Honduran club Independiente $100,000 for the rights to Rosales. It’s a really smart move from the club – both financially and physically. Rosales has already established a connection with fellow Honduran midfielder Kervin Arriaga, while also being someone who has learned the Loons system.

Heading into 2023, Minnesota’s midfield has the following players: Joseph Rosales, Kervin Arriaga, Wil Trapp and Hassani Dotson. The club is looking to negotiate a loan extension with Jonathan Gonzalez, who was brought in on a short deal in August.

The club also announced the signing of Geremy Rodas – an 18-year-old Honduran youth international who crafts his trade as a central defender. Rodas joined the team on August 1, but the deal was officially announced Thursday.

“Internationally, the 18-year-old center-back has represented Honduras at the youth level, being named to the Honduras U20 squad. Rodas has made six appearances for the U20 side, scoring one goal and providing an assist – all during the 2022 Concacaf U20 Championship – that helped propel the side into qualifying for the 2023 FIFA U20 World Cup in Indonesia. The center-back additionally earned a call-up for friendly contests in November with the Honduras U20 National Team.”

The Loons are actively looking to bolster their squad this offseason, primarily looking at adding young talent who are capable of breaking into the XI. The areas of need they’re looking at are central defense, left back, winger and centre-forward. However, the priority seems to be in central defense.

The club has scouts all over South America, including Argentina, Brazil and Uruguay. In addition to South America, the Loons are making an attempt to break into a  relatively untapped market in Eastern Asia. The club has scouts in South Korea and Japan, with multiple players in the K-League 1 being looked at specifically. Heath highlighted Serie A side Napoli and their starting defender Kim Min-Jae, who played in the K-League 1 until 2018 – the Serie A player of the month in August crafted his trade there before earning moves abroad and eventually, to Italy.

The club’s aim this offseason is to add young talent to their core, while utilizing the U-22 initiative. In addition, they have two DP contracts that could be bought down to open a spot if needed.

Lastly, the club is set to highlight an importance on looking at reserve matches from top clubs around the world. The hope is that they find teenage players who would look to advance their careers in MLS with first-team soccer at a younger age.