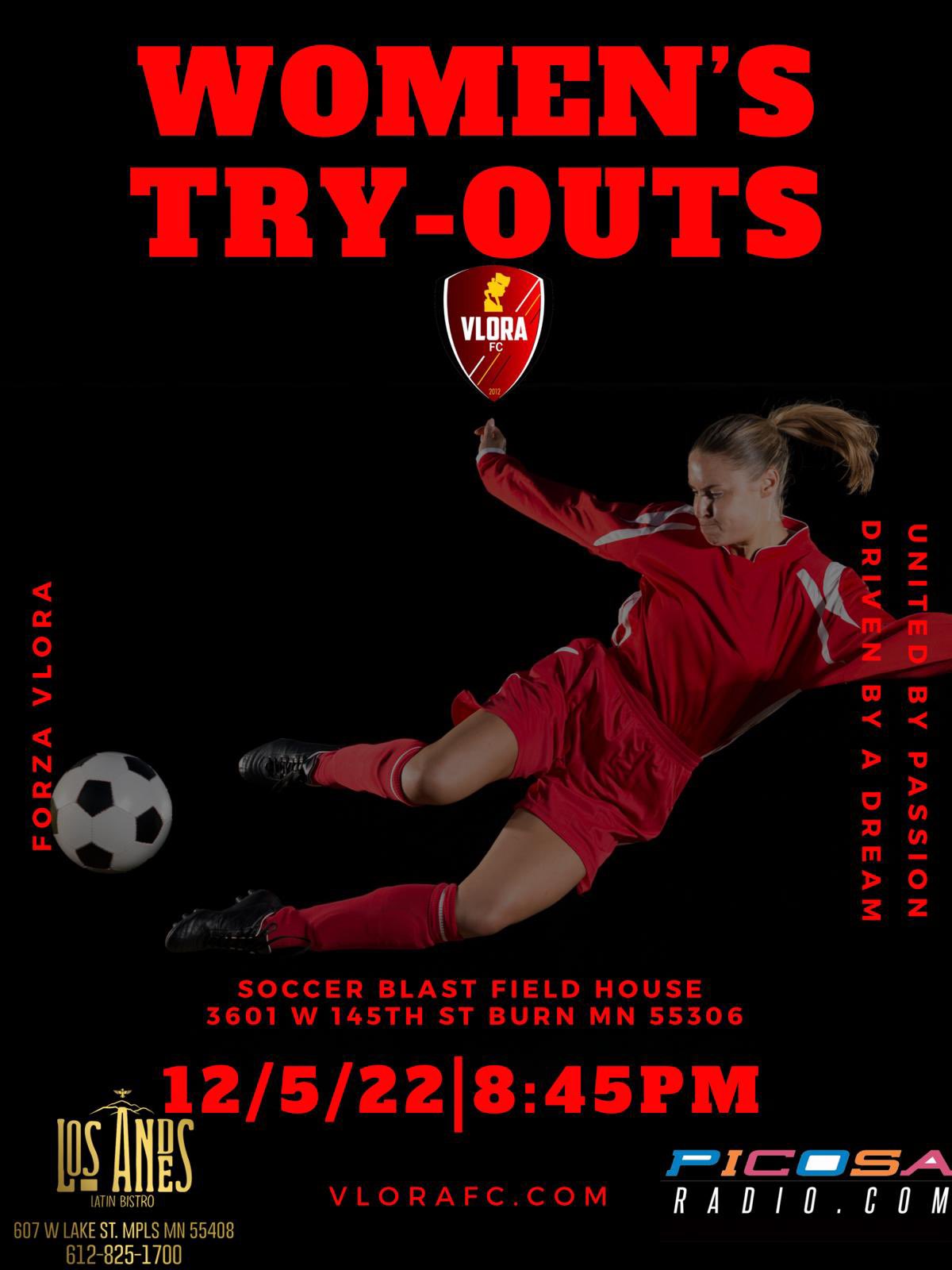 In 2023, another WoSo team arrives in another new league in the Minnesota soccer scene.

Vlora FC is based in Minneapolis, MN and started in 2012. In addition to their youth programs/teams, they have competed in the Minnesota Amateur Soccer League (MASL) 1st division and the UPSL. In 2023, they are adding a women’s squad.

“It’s always been part of the club president’s plan to add a women’s side. In the last year, our president [Adi Bilani] decided this is the time.”

While watching the Men’s World Cup at Black Hart, I had the chance to meet Katie Brink, a former goalkeeper and current general manager for Vlora FC’s new women’s team.

MJ: What will your role be?

KB: I’m more like behind the scenes. I’m managing the team. I’m taking care of the players, making sure that you know everything runs smoothly for them for the coaches.

MJ: And so with that player management, will player recruitment be an aspect of your role as well?

KB: I’ve been trying to get the word out about our tryouts coming up on December 5th. And I’ve been reaching out to local colleges and athletic directors. Since we’re accepting people at trial 17 and up, I’ve even reached out to some of the high schools in the Twin Cities area.

MJ: So December 5th is when the tryout is, where will that be?

MJ: And do you know what league you’ll be entering?

KB: Yeah, the plan is UPSL Women’s Premier. The league is new, so there’s a lot of details that are up in the air, but that is what we’re shooting for. That’s the level of play we want.

MJ: Anything else you want to tell me about Vlora and this new women’s team starting out?

KB: Yeah, Vlora FC, one of the things that sets it apart is its diversity: its staff, its coaches, its management, and its players on the field. It’s one of the strengths of the club, and the leadership believes that actually translates to the field: we play better because we’re different people coming together and creating that team, that family. That’s part of the character of this organization, and it seems like we’re going to be doing that as well with with the women’s side. You’re going to see that diversity coming through in the players.

MJ: Awesome, Katie, thanks so much for your time.

The 2023 local soccer season is right around the corner. With the Men’s World Cup in November-December, not in July, my soccer sense of time seems distorted — more than usual. What isn’t distorted, is that women’s soccer is growing in the Twin Cities metro area at every level. Stay tuned to Sota Soccer for more about this Vlora women’s team.