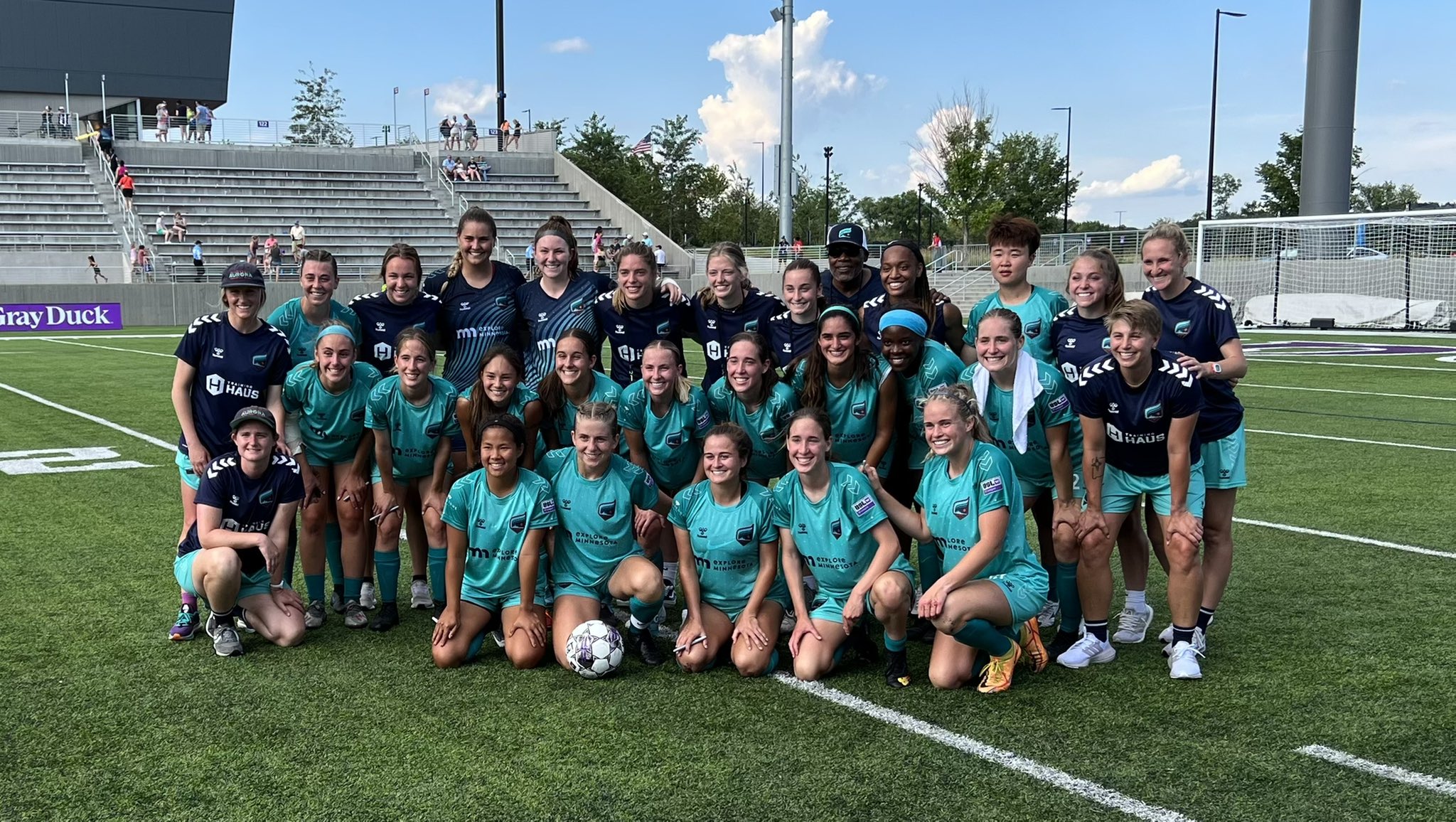 Before the team had a name, Minnesota Aurora FC exploded with interest: 3081 community owners raised $1,000,000 for the club. Minnesota WoSo assembled a smart design team. They allowed the community owners to vote from three name+colors+badge combinations. Coaches and players were assembled. MN Aurora finished the regular season atop of the USL W Heartland Division table. If their 5000+ regular season attendance was impressive, their ability to expand TCO Stadium attendance to 6200 for the playoffs was more so.

On October 24, 2022, Minnesota Aurora sent this letter to their community owners.

Letter “To our community owners” from the Minnesota Aurora board

The letter also stated, “We believe that Minnesota Aurora can and should be a professional team,” followed by, “We are excited to announce that the Aurora board has begun conversations with investors as part of the next steps to move to a professional league.”

My casual conversations with other fans yielded two camps.

There were also questions like “Which women’s pro league?” and “What will happen to the community owners?” While these are answered in-depth in a Twin Cities Business article by Tina Nguyen, the short answers are

On Dec. 6, MN Aurora released a statement saying, “Ultimately, the timeline proved too short for us to secure the necessary investments to join a professional league for 2024.”

I reached out to several members of MN Aurora’s supporter group MN Revontulet for comment. This one stood out:

“While the prospect of Aurora going professional is obviously exciting, the community surrounding the team and the club’s mission and values are much more influential on my desire to support the team than where the incredible athletes on the pitch are in their soccer journeys and whether they’re paid or unpaid. I trust that the board has the best interests of this team, this community, and women’s soccer in Minnesota at heart, and will proceed with the pursuit of becoming a professional team if and when the organization is situationally and financially ready.”

Last week, I also reached out to MN Aurora President and Co-founder Andrea Yoch with some questions.

MJ: Was the club exploring the USL Super League or NWSL or both?

AY: Looking at both.

MJ: Was the primary roadblock not enough investors, not the right investors, or something else?

AY: Not enough time to get due diligence done and papers signed. We would need to be working on the 2024 season by February of 2023, and it just wasn’t possible to close on that much money in time.

MJ: What did you and the club learn from the process of trying to expand Aurora to a professional league?

AY: That we are already beating a lot of metrics used to measure success: attendance, merch sales, media partnership, sponsorship. We have numbers that are stronger than clubs that have been around for a while. It’s just a matter of time until we can make the move because we can absolutely be successful.

AY: The league is going to be tough because it has added so many teams but with everything that achieved last year, I am confident that Coach [Nicole Lukic] is putting together an amazing team for 2023. I’m personally excited to have a season under our belts that will allow us to watch the games more and enjoy the season and hopefully not work quite so much.

Certainly, from twitter posts, MN Aurora is hiring for multiple positions that will allow the nine co-founders to wear fewer hats and hopefully enjoy game day more. Whatever happens with MN Aurora on the pitch or off, Sota Soccer will be there.